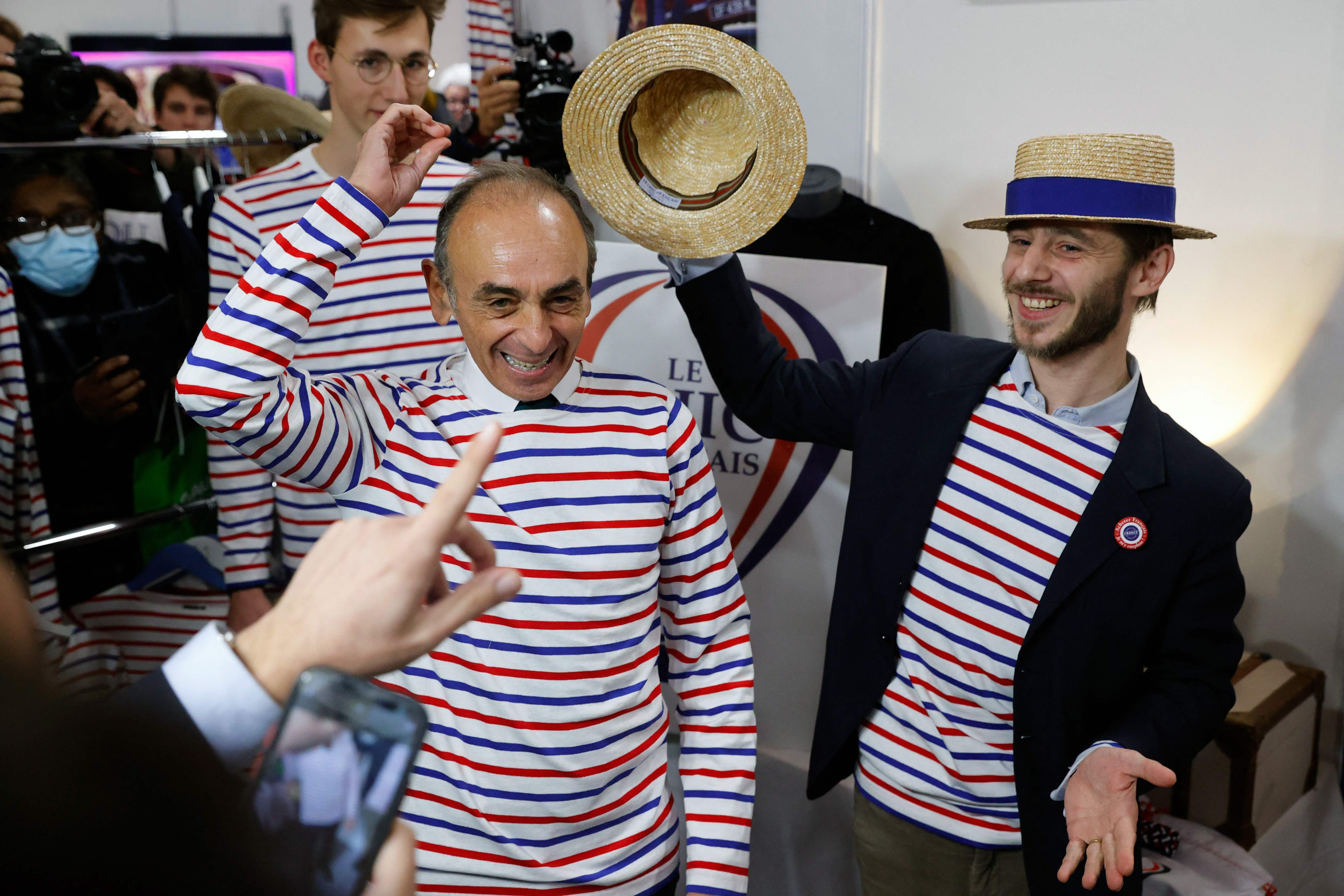 First was the confusion in the ranks of Marine Le Pen, leader of the French extreme right. Then the alarm. Today, two months after the irruption of the ultra polemicist Éric Zemmour in the French presidential race, Le Pen tries to analyze the phenomenon coldly and, despite being the main victim, looks for the positive side.

“I’m not worried at all,” she said Monday during the opening cocktail party of her campaign headquarters in the 16th arrondissement of Paris. And he added: “It can even cheer me up, well thought out.”

Le Pen (Neuilly-sur-Seine, 53 years old) spoke of Zemmour (Montreuil, 63 years old). Until a few months ago, the journalist and star of the television network CNews (owned by the Vivendi group) has turned the politics of his country upside down with a message that overflows on the right to the National Regrouping (RN, former National Front) of Le Pen.

He is an outlier candidate. For the self-confidence with which he manipulates the history of France. And for his statements against Arab or African foreigners (among other groups), which have earned him several convictions in court and that on Wednesday took him back to the bench.

Zemmour did not attend the trial. He is accused of complicity in the provocation of racial hatred and racial insult. In September 2020, in a CNews program, he declared about minor migrants: “They are thieves. They are killers. They are rapists ”. The Superior Audiovisual Council has already sanctioned CNews with a fine of 200,000 euros.

At the beginning of September, Zemmour was hovering around a 5% vote expectation for the April presidential elections. Now, and although he has not officially declared himself a candidate, he moves between 13 and 19% of the vote, depending on the poll, and in the majority he equals or exceeds Le Pen. Therefore, he has options for the second round, in which the two most voted candidates are classified. President Emmanuel Macron is the favorite.

See also  Van life: The Scots who have swapped bricks and mortar for life on the open road

“The election has not been held yet. Wait a bit! ”Said Le Pen, surrounded by journalists, in the narrow press room of her new headquarters. “I think it will not exceed 10%.”

The atmosphere was relaxed. Almost an hour of chat between canapes and champagne and rosé wine in plastic glasses.

Le Pen tries to convince herself, and to convince journalists that Zemmour may end up benefiting her. The argument is that he has fabricated a “vote pool” for his candidacy. In other words, it has expanded the number of potential voters for the far right. In the 2017 presidential elections, Le Pen and other small candidacies added around 26% in the first round; in 2022 they could easily exceed 30%. In 2017, Macron defeated Le Pen in the second round with 66% of the vote compared to 34%.

Le Pen also believes that Zemmour can be beneficial to her by “re-centering” her. I mean, next to Zemmour, you can end up looking moderate.

“Zemmour”, said Le Pen, “is so excessive and caricatural in his way of presenting things that it is evident that what we propose appears as something serious, worked and reasonable”. Le Pen did not allude to his words against immigrants. Yes to accusations of sexism.

In the trial The first sex, published in 2006, and in public interventions, Zemmour theorized about the decline of the virile and patriarchal man in France and set two decisive moments in the 20th century. One is the First World War. According to Zemmour, while the men died without heroism in the trenches, the women made “the party [en castellano en el original]”. The other moment is World War II. The Nazi occupation, Zemmour writes, “de-virilizes” the French man. To this, he added in a colloquium in 2009, he is replaced by the German soldier, and added: “The French woman, en masse, will go with the victors, with the German soldiers, and thus will emancipate herself from the French.”

Le Pen lamented: “No one escapes: not us, not our mothers, not our grandmothers. It is a brutal, unfair and unfounded trial ”.

Le Pen’s idea is that, sooner or later, Zemmour’s excesses will end up taking their toll. For now, hold on. Le Pen knows this and knows that today it is much more difficult than a few months ago to reach the presidency of the Republic in his third attempt, and perhaps his last.

“My adversary is still Emmanuel Macron,” he assured reporters, “but you ask me about Zemmour morning, noon and night. It is not serious, it is a moment of the campaign, you too will get tired ”.