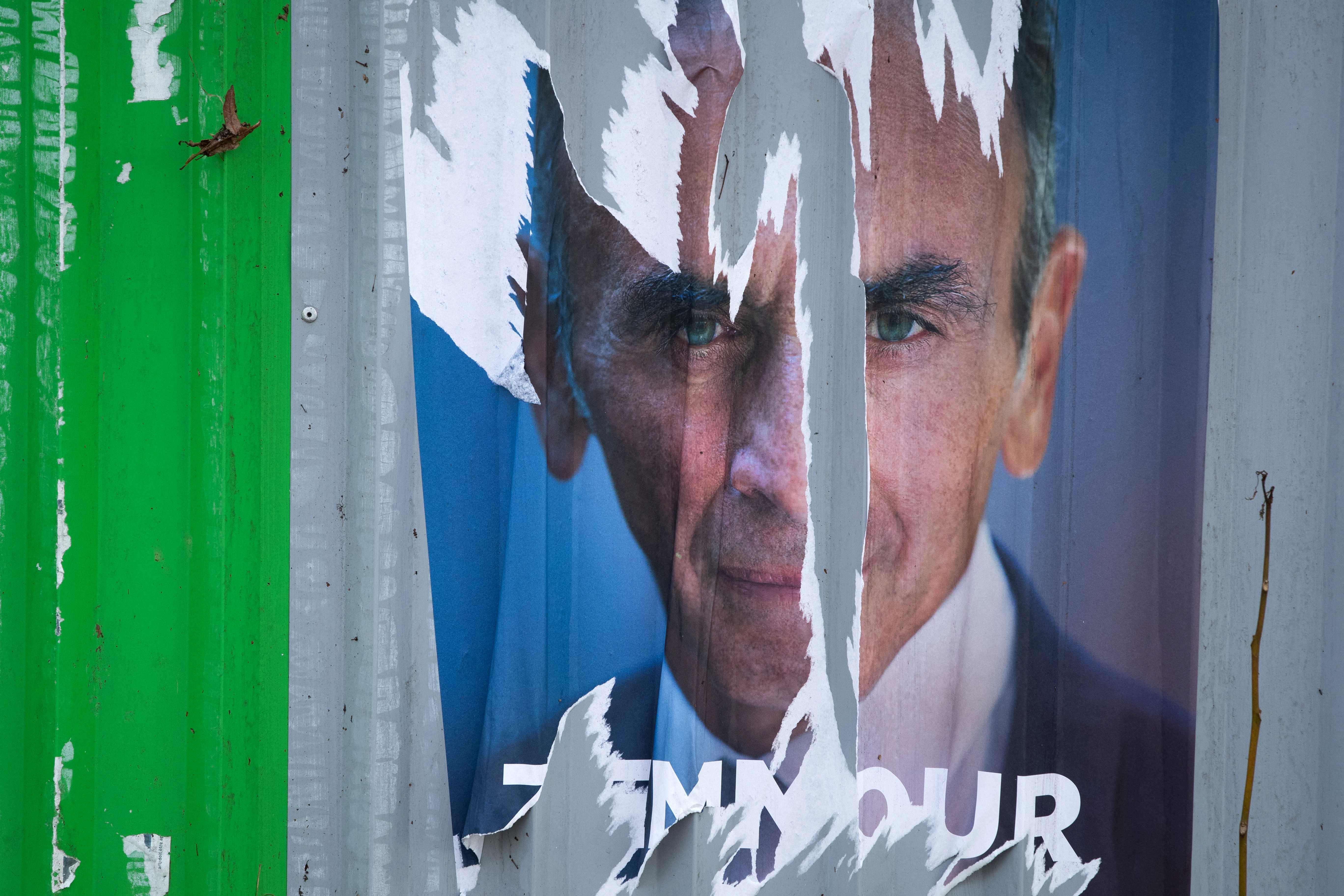 Éric Zemmour, four days after being sentenced to a fine of 10,000 euros for provocation of racial hatred, faced a new trial this Thursday. The reason this time was one of the favorite topics of the ultra candidate for the French presidential elections in April: his particular version of the German occupation of France between 1940 and 1944 and the role of Philippe Pétain’s collaborationist regime in the deportation of hundreds of thousands of Jews to Nazi death camps.

Zemmour, a Jew of Berber origin, is accused of having said in October 2019, during a debate on the CNews network, that Pétain had “saved French Jews.” The statement, according to the prosecution, contradicts “the tangible reality of 24,000 murders preceded by as many deportations and other inhumane acts.”

The far-right polemicist, who in the polls collects around 13% of vote expectations, was acquitted in a first trial in January 2020. The court considered that, in the heat of the debate that confronted him with the philosopher Bernard-Henri Lévy, the nuances were lost: Zemmour would have wanted to say that Pétain saved “French Jews”, and not “all French Jews”. The will of the accused, according to the judges, was not to “question” a crime against humanity.

The prosecution appealed the acquittal and this Thursday requested a 10,000 euro fine. Zemmour’s lawyer, Olivier Pardo, tried unsuccessfully to have the retrial postponed on the grounds that it would interfere with the presidential campaign. The candidate did not attend the trial session. The sentence will not be known until after the elections.

See also  Nicaragua: Daniel Ortega resumes trials against his opponents in the hermetic prison where they are imprisoned | International

Zemmour, in his writings and statements, has tried to rehabilitate the figure of Pétain, sentenced to death after the end of the Second World War for “high treason”. General Charles de Gaulle, who from London and Africa led the fight against the Nazi occupier, commuted his sentence. Pétain and de Gaulle became antagonistic symbols of collaborationist France and resistant France.

The ultra controversialist assures, taking up the old thesis Petainist of the shield and the sword, that in reality Pétain and De Gaulle were two sides of the same coin. The first was “the shield” that temporized with the occupier to protect the French from greater evils; the second, the “sword” that meanwhile was fighting Hitler.

Zemmour believes that Pétain’s France, with its capital at Vichy, “protected French Jews” and “handed over [a los nazis] to the [judíos] foreign”. The polemicist is based on the fact that in France 75% of Jews (and 90% of Jews of French nationality) survived.

“France lost less Jewish population than Belgium or Holland”, he explained in The world American historian Robert Paxton, author of Vichy France, reference book on the period. “It is the result of a lack of means by the Germans, who were facing a war to the death with the Soviet Union. We could imagine that in occupied France there was a German on every street corner. It was far from being that way.”

Zemmour’s thesis is that Vichy France, which launched its own anti-Semitic policy, was not responsible for the deportations of Jews (mainly refugees but also French). “France is not to blame, Germany was to blame,” he said in September on the Europe 1 radio network.

The vision zemmouriana it not only ignores half a century of work by historians who have established Vichy’s active role in the persecution of the Jews and in the deportations. Zemmour breaks the political consensus established by a conservative president, Jacques Chirac, by admitting that France “committed the irreparable” and “handed over its protégés to their executioners” in the 1942 raids.

“No historian can defend that Pétain saved the French Jews and that the deportation was only a German thing,” political scientist Jean-Yves Camus said in the fall, before Zemmour declared his candidacy. “Why does he do this? It’s a mystery”. “Politically speaking, it is suicidal to talk like this,” admitted, referring to Zemmour’s words, his friend Geoffroy Lejeune, director of the conservative magazine current values.

Zemmour considers that France is being lambasted without reason to criminalize any policy against immigrants or any distinction between French and foreigners. “It’s criminal! Permanently, they try to blame the French people, “he said in Europe 1. “And why are they blamed? So that it submits to the migratory invasion and the Islamization of the country”.

Historian Laurent Joly, a Vichy specialist, sees a link between the rewriting of history and Zemmour’s political program. “Far from being a loss or a departure from tone,” he writes in the essay The falsification of history., “this rehabilitation of the regime Petainist and of his anti-Semitic policy is a fundamental element in his political construction. It seeks to liberate the right from its complex assumptions; to make acceptable measures hitherto unthinkable because of the memory of the crimes of collaboration; to lift the Vichy mortgage to bring together the right and the extreme right; to prepare the spirits for a nationalist and anti-Muslim reaction”.

Zemmour breaks a taboo, and tries to break an insurmountable wall between the classical right Gaullist and the extreme right Petainist. For the candidate who dreams of forever undoing the cordon sanitaire that isolated the ultras in France, the discourse on the past, and its manipulations, are a discourse for the present.