Skip to content
Home News Zacatecas is covered in blood: another 16 corpses sow terror in a few hours 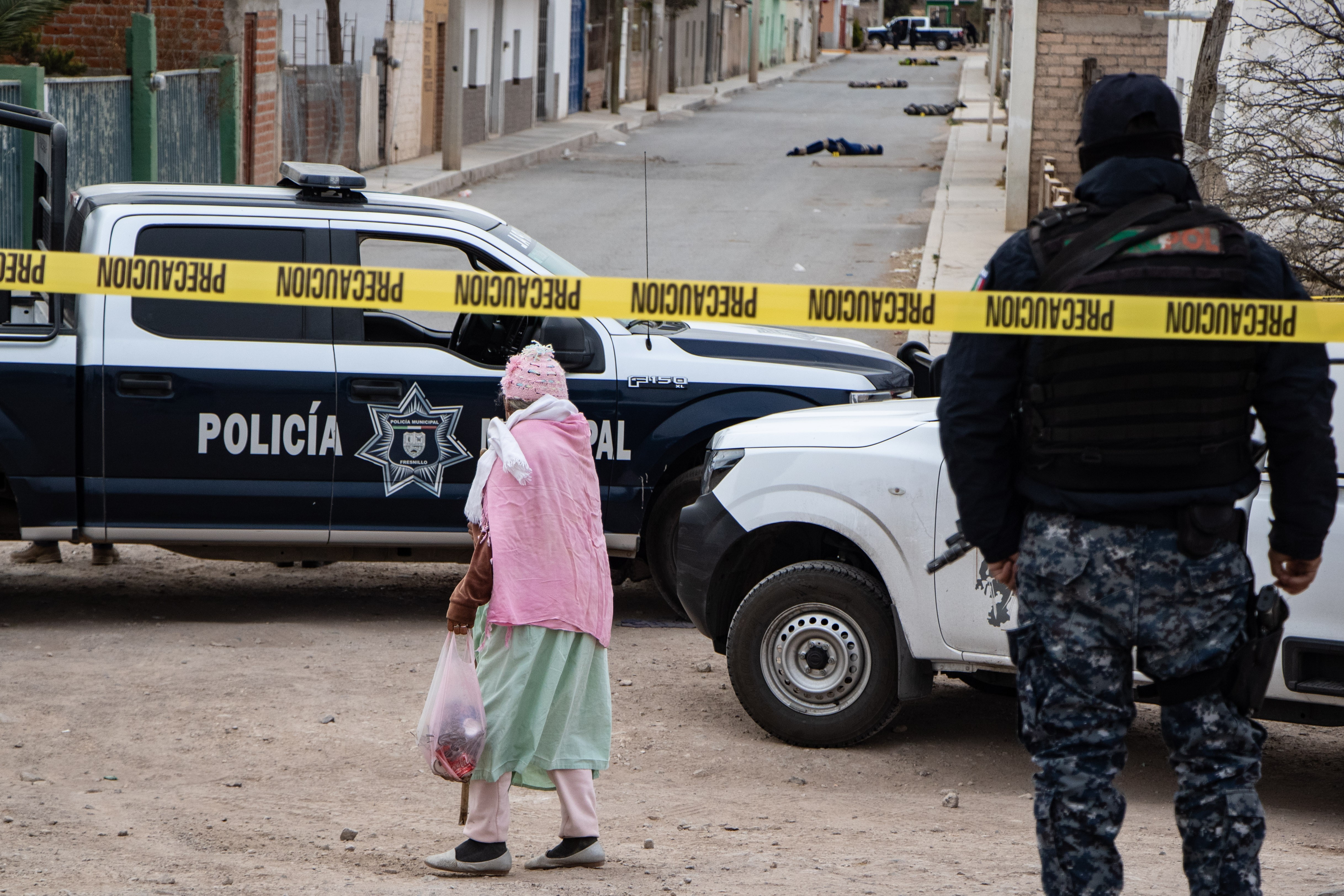 Hell is ubiquitous in Mexico, but now its epicenter has been located in Zacatecas. On the day that the Mexican Constitution is commemorated, the news shrinks our spirits. The population got up early this Saturday with 10 corpses strewn on a street in Fresnillo, the second city in the state in number of inhabitants and one of the most punished by stark violence. Another six have been found in a warehouse in the municipality of Pánfilo Natera. They were hanging from a railing, as reported by the Secretary of Security of this State, in the heart of the country. All that remains is to do the math, which will almost always be downwards: last year there were more than 57 corpses hanging from bridges and in just a few months those murdered number in the hundreds, which are more than 1,000 when the year ends, in an escalation of violence that raised homicides in 2021 by 56% over those of the previous year. The police flee from Zacatecas, in nine municipalities there are no more; the mayors are overwhelmed and the president redoubles the military forces. But hell is still there.

On November 18, the horror was present with nine corpses hanging from a bridge over the highway in the municipality of Cuauhtémoc. There were 10 of them, one had fallen to the asphalt. But the dead were doubled in the count of those days if you looked at other towns in the state. The narco exposed his strength with a crudeness that had not been seen recently, but on other occasions he visited different states, such as Michoacán. The headlines have blackened the month of January: the 15th, another policeman murdered and there are nine; on the 26th, three policemen executed in Sombrerete, and they add up to 11. February continues between blood and explicit horror. It is not surprising that Zacatecas and Fresnillo are the cities where citizens perceive the greatest insecurity. Nor that the police ask to keep their weapons even when they are on break.

President Andrés Manuel López Obrador traveled to Zacatecas on November 24, in full shock over the murders, and took half the cabinet with him to see how they would tackle the insecurity and violence that plagued the state, governed by David Monreal, from Morena, the same party as the president. The support plan presented then included the arrival of 210 more soldiers to reinforce the 1,744 deployed then; 250 hybrid agents (civilian and military) who would receive their 1,644 colleagues; the contingent was completed with three helicopter gunships. But force never fought force in Mexico; rather, blood sprouts and the paths to peace are blocked. The result of those reinforcements does not seem to be paying off, in fact. Corpses continue to hang in plain view of men, women and children. Or thrown in the street with the most absolute disregard for life and death.

Zacatecas is the strategic heart of the country. In this central state converge the most dangerous arteries through which drug traffickers circulate in search of outlets to the sea or to the United States through the northern border. That is the knot that is drowning so many corpses. The territory is being fought over by two of the big cartels, Sinaloa and Jalisco Nueva Generación, a dispute that left more than 1,500 dead last year. There are less deadly wars.

Overwhelmed all, the attack on crime is to stop from other points of view, education, employment. The president has committed 14,000 jobs to Zacatecas for young people whom he wants to remove from the clutches of Mexico’s most macabre employer, the narco. Poverty, corruption, inequality, are part of this violent spiral that continues to wind up one more round, another round, every week. The president insists on not confronting violence with violence, which he summarizes in his usual phrase: hugs not bullets. And indeed, that does not seem to be the cure, but there is no remedy that is glimpsed to calm this human depredation, which unceremoniously exposes its victims. On the other side is punishment, another medicine that is useless. Impunity in Mexico is one of the keys to so many homicides that are free. Over 90% of crimes of any kind go unpunished or even uninvestigated. The word narco discourages all effort, sometimes evils that do not correspond to organized crime are even attributed to it as an excuse to ignore the case, experts criticize. A collusion of political, economic and criminal interests maintain levels of violence that leave 100 fatalities in Mexico a day, who may be criminals, but also policemen, women, journalists.

Zacatecas is experiencing an emergency situation, but it resorts to old formulas, such as appointing soldiers to head the Security Secretariat, something that has not proven its effectiveness anywhere. The city of silver, the once powerful state of flourishing mining, is today a dismal place where no one knows how to stop the hell that is spreading.