Skip to content
Home News Yunior García, leader of Cuban dissidents and promoter of the marches against the Government, lands in Madrid | International 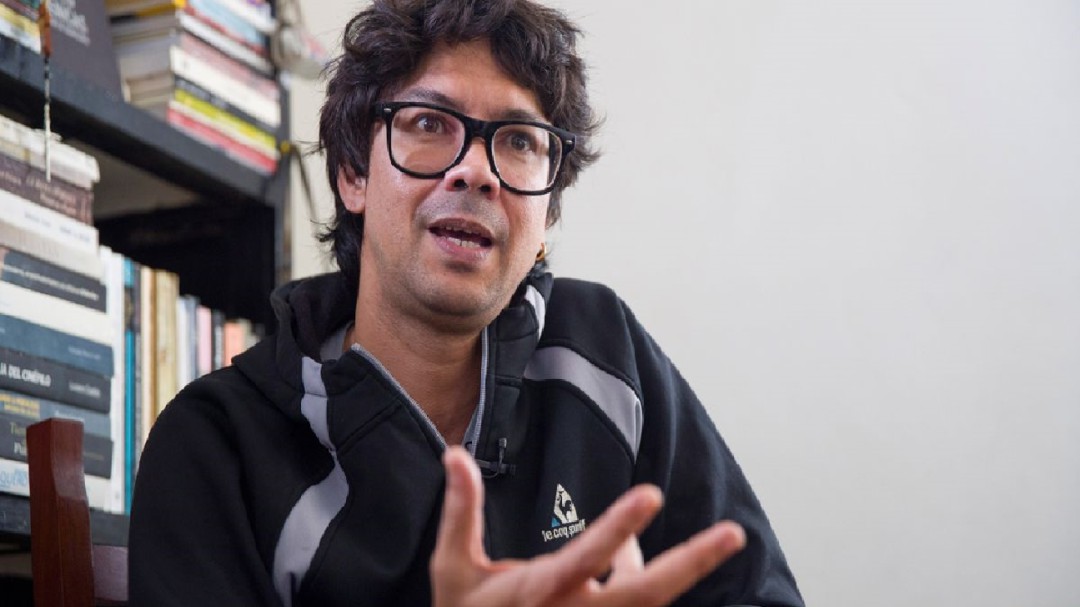 Cuban artist Yunior García Aguilera, one of the promoters of the march called last Monday to demand political change on the island, landed in Madrid this Wednesday, sources of Cuban dissidence in Spain and the Spanish Government confirmed to EFE. The artist has arrived in Spain with his wife with a tourist visa and on a commercial flight, according to government sources in Madrid.

García Aguilera, 39, was locked up in his house in Havana for the entire day on Monday, blocked by agents of the Cuban State Security, and separated from the media by a Cuban flag that covered his building.

Cuban security forces prevented the Cuban activist and dissident from walking through central Havana in what was intended to be a preview of the protests called throughout the country calling for political change.

García Aguilera has made the Cuban government uncomfortable by putting a face on the initiative of the Archipiélago virtual platform to march on November 15, calling for a political change on the island, freedom of expression and the release of the so-called “political prisoners.”

The objective of the march, as he explained to Efe in an interview a few days ago, was “to shake a country, make people aware, generate a debate that causes changes”, something that he hopes will happen “in the most peaceful and civic possible. “

The Cuban Government denies having agreed to leave with Spain

The Cuban government assured this Wednesday that there has been no agreement between Havana and Madrid to facilitate the departure from the country of dissident Yunior García Aguilera, leader of the promoters of the frustrated march on Monday.

A representative of the Cuban government assured in statements to Efe that the Cuban authorities “have nothing to do” with the departure of García Aguilera and considered that the activist would have processed the tourist visa on his own.

García Aguilera had been locked up in his home since Sunday because state security agents would not let him leave and in the last hours he had stopped answering the phone, which had led several activists to denounce his disappearance.

García’s landing on Spanish soil occurs the same day that the Cuban government has decided to return two of the five other press credentials that had been withdrawn from the Efe Agency journalists in Havana, a measure for which in its day they did not give a reason and it was highly criticized by institutions and journalistic organizations around the world.

Spanish diplomatic sources indicated today that the decision was communicated by the Cuban authorities to the coalition government chaired by the socialist Pedro Sánchez and that along with the restitution of the two credentials, Havana also authorized to grant the journalist visa to the new Efe delegate in Cuba , Juan Palop, who had been appointed by the agency to fill that position since the end of last July.

These decisions, which the president of the Efe Agency, Gabriela Cañas, described today as “insufficient”, will become effective “as of November 28,” the diplomatic sources indicated.

Cuba had withdrawn the press credentials of five Efe journalists in Havana last Saturday without clarifying the reasons or indicating whether that measure was temporary or permanent, on the eve of the protests called for Monday the 15th by opposition groups in order to demand changes, and that the communist government of the island had not authorized.

See also  What's an NFT, and Should I Care?

The decision was harshly criticized in international organizations and media for being interpreted as an arbitrary measure intended to restrict press freedom in the face of the peaceful protests called for Monday, while the Spanish Government called on Sunday the charge d’affaires of the Cuban Embassy to consult. in Madrid to ask for explanations and demand the return of the credentials. On the same Sunday, Havana announced the restitution of the first two credentials withdrawn to Efe