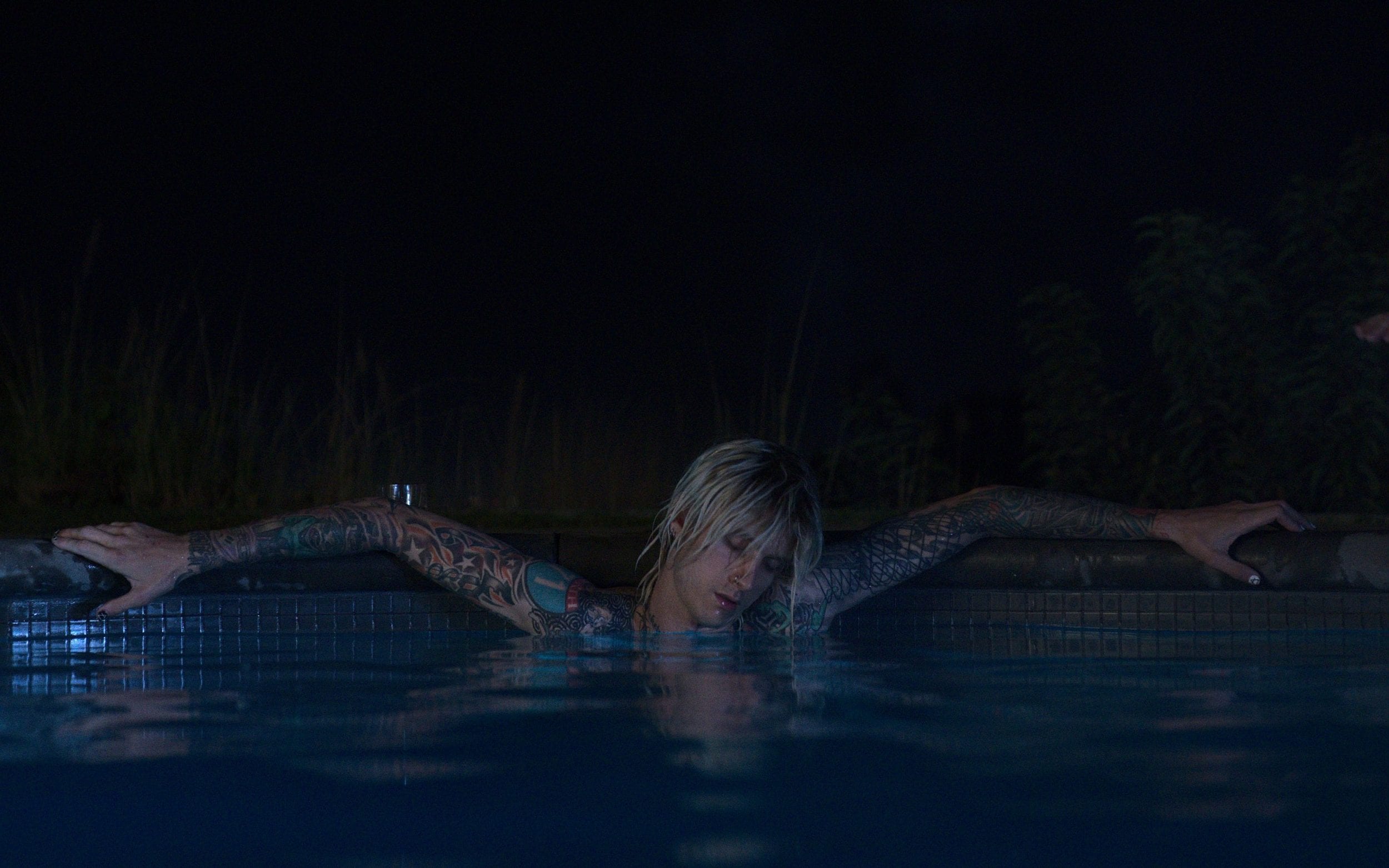 Taurus will be many people’s idea of ​​hell – a portrait of narcissism, alienation and burnout in the LA music industry, made by and starring people who live the life, with very little interest in making it palatable. It has a main character you may wish to see run over: a payoff the film almost provides one night, when human disaster area Cole, played in a borderline self-portrait by the rapper Colson Baker (aka Machine Gun Kelly), stumbles out on to a busy boulevard (Sunset?). He’s just done way too much cocaine in a strip club, and lies down giggling while furiously honking cars swerve to avoid him.

Like much else in this bizarrely compelling film, it’s a sequence pulled off with strong technique, capturing the sensory blur of substance abuse with streaks of reckless neon and vivid sound, like the best kind of headache Harmony Korine or Larry Clark have put on screen.

Scene by scene, the film makes photographic choices that shouldn’t work, but strangely do, and have a heavy-handedness that’s certainly self-aware. At the beginning and end, director Tim Sutton flips the camera 180°, turning Cole’s world upside down to match the kind of thing he writes in his lyrics about it. Perhaps the film rates these, and his general level of creativity from him, a lot more highly than I did, but the form of it is pointedly in tune with the man at the center of it, and that’s what matters.

Baker can be deeply frustrating to watch here, especially at the start, when Cole’s seen noodling at the baby grand in his private recording studio, so obscured by his straggly blond locks that we barely get a look at his face for 10 minutes. Baker and Sutton have presumably seen Gus Van Sant’s portrait of Kurt Cobain in Last Days (2005) and want a bit of that zonked affectlessness. They don’t succeed in making Cole look like a tragic genius of any kind, but that’s hardly the point: instead he’s just another stalled product, a victim of his own hype, an overpaid vagabond without respect for himself, his own theoretical talent, or anyone else on screen.

When he’s not wasting his time getting pointlessly high, he’s having it wasted for him, in meetings with executives where the camera doesn’t even show them, just letting their muffled voices blather on while Cole looks out-of-it in floaty close- oops. These are Baker’s best, funniest moments. You do not come away from this film necessarily wanting to watch him act ever again, but that’s partly because he’s scraped his personality from him free of every last bit of charm to commit to it.

The only nuance here comes from surrounding characters who have been drawn to care despite themselves. Fellow rapper Lil Tjay has one great scene doing a collaboration in the studio, where both his way-greater talent and humility are challenges to Cole to shape up, to actually merit being the main character of a movie here.

Then again, if Cole were nicer, or some way a more gifted or interesting person, would the film really be superior? As with Simon Rex in Sean Baker’s Red Rocket, I’m not convinced this is the case. Megan Fox, Baker’s real-life fiancée, pops up briefly as Cole’s ex de ella: they have a big fight that plays out inaudibly through the studio glass, while we hear two other characters talk idly about their love lives. It’s clear from such scenes, and the brief ones with Cole’s young daughter, that the film simply is n’t fussed about him developing the various dramas of his existence. It keeps him pointedly at a remove – as bored as he is of himself.

Still, he’s a human being, and I was surprised to find how emptying out a man in this fashion triggered genuine emotion by the end. Maddie Hasson gives a perfect and necessary performance as her long-suffering PA from her, the closest thing to a sympathy-surrogate we get.

Sutton, I hope, will land on less insular subjects, but there’s something almost heroically banal about the trajectory he and Baker have found for Cole here. His story of him, if it can even be called that, is Page Six gossip fodder with haters out in force in the comment fields. I thought I was hating it myself, until the moment it started to feel deeply believable.