Skip to content
Home News You may not have heard of the Energy Charter Treaty, but it allows oil companies to do as they please 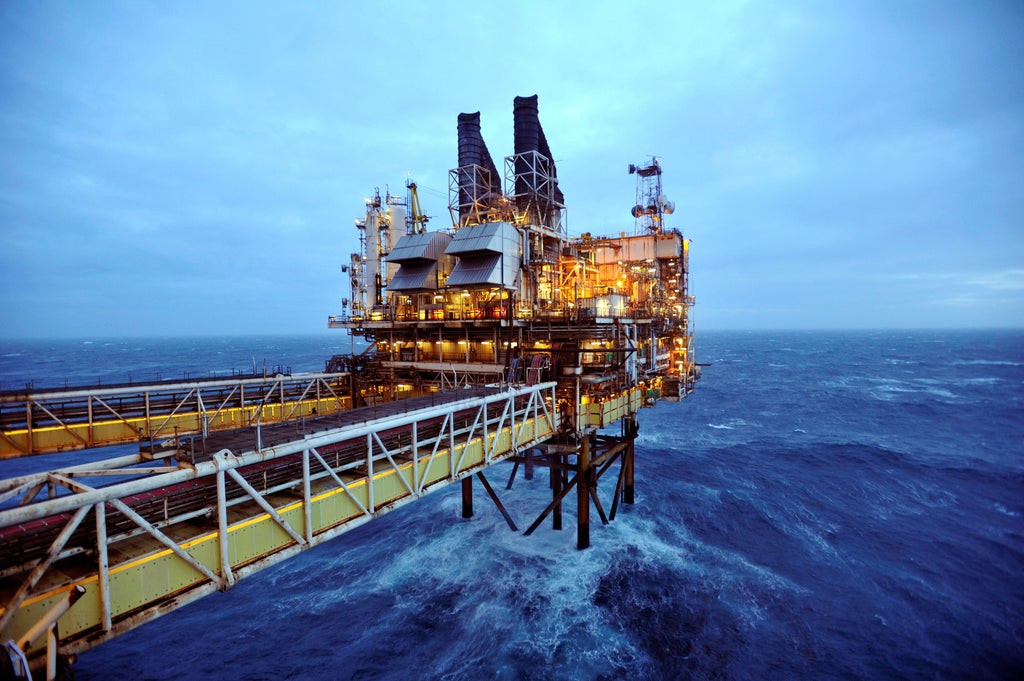 WI apologize to the hit movie. don’t look upImagine if there were a planet-destroying, diamond-enriched comet hurtling towards Earth, one owned by global diamond corporations. So imagine discovering that global governments could be sued for hundreds of billions of dollars in lost profits if they acted and destroyed the comet.

This is exactly what the obscure but notorious Energy Charter Treaty does for the oil corporations and the climate emergency. Signed in 1994, the treaty was devised by international oil corporations to protect their fossil fuel investments from being nationalized by governments in foreign countries.

While it is understandable that they want to do this, the treaty is a staggering attack on the sovereignty of nations. It allows oil corporations to sue governments, but there is no reciprocal provision that allows governments to sue oil corporations for the trillions of dollars in damage they are knowingly inflicting on humanity.

Drafted before there was much public awareness of the existential threat carbon emissions pose, the treaty also disastrously allows corporations to sue governments if new climate regulations impact their future profits. This threatens endless billion-dollar claims against governments seeking to act on the International Energy Agency’s warning that we must end all new investment in fossil fuels immediately if we are to have any hope of reaching net zero. even by 2050.

Even more evil is the devastating “sunset clause,” which allows oil corporations to sue governments for up to 20 years after a government has left the treaty. Italy left the treaty in 2016, but was sued for $275 million in lost profits when Italy tried to protect its beautiful coastline by banning oil and gas exploration near its shores.

And then there is the latest triple blockade that protects the oil corporations from the treaty that is being modified. In a mirror image of the disastrous requirement that UN Cop treaties have unanimous agreement by all participating nations to agree to new restrictions on carbon emissions, the Energy Charter allows a single state to veto any change to the charter. that would allow countries to act on the climate. .

I first became aware of this monstrous treaty when prominent climate watchdog George Monbiot spoke passionately about it at last fall’s Extinction Rebellion protest at the Department of Business. I have since discovered that many member countries of the charter, including the EU, understand the obstacle the treaty poses and are trying to “modernize” it. However, due to the unanimity requirement, negotiations have been unsuccessful for years, with the latest round ending last week without a clear deal.

When we approached the UK government for a statement on the threat the treaty posed to government restrictions on new UK oil and gas fields, they admitted there was a problem, stating: “We are engaged in the process of modernization of the Energy Charter Treaty to ensure it aligns with our goal of advancing the global energy transition.

“The modernized Treaty must ensure that states can regulate emission reductions and have a greater focus on climate change. We are negotiating to make sure it is aligned with the adoption of green technologies such as carbon capture and low-carbon hydrogen production.”

Labor’s shadow secretary of state for climate change, Ed Miliband, told this column: “We are in an urgent global fight against the climate emergency. We cannot allow fossil fuel companies to prevent democratically elected governments from taking strong climate action.

“The charter is clearly out of date and not fit for purpose, which is why so many countries rightly say that it needs to be revised comprehensively to meet the climate challenge.

“Labour have called on the government to show some climate leadership in the remainder of our Cop presidency. Anything less is more hot air and weather lag.”

As the latest round of charter negotiations took place online last week, UN Secretary-General Antonio Guterres warned the UN General Assembly that: “We must go into emergency mode. In 2020, climate shocks forced 30 million people to flee their homes, three times more than those displaced by war and violence. Poor and vulnerable people around the world are one scare away from doomsday. Based on current commitments, global emissions are expected to rise nearly 14 percent over the current decade. That means a catastrophe.”

When we approached the UN for comment on whether they support Cop27 in Egypt to address the threat the charter poses to global climate action, we were told a response could not be provided within our deadline.

Cop26 UK Chairman Alok Sharma’s response was to refer us to the government spokesperson’s statement.

This is clearly not good enough from the world’s two highest official leaders of the United Nations Framework Convention on Climate Change process.

It is challenging enough for governments to act fast enough to save humanity from the collapse of civilization, in the face of opposing corporate media propaganda. But if you add government threats of treasury destruction of hundreds of billions of dollars in charter compensation from climate-genocidal oil corporations, then we face existential paralysis as the climate comet hurtles towards us and explodes.

We urgently need Guterres and Sharma to stand up now and provide real leadership on this devastating threat to climate action.