Skip to content
Home News “You have chosen to shoot them!”: Pacma criticizes the City Council for shooting at the parrots in Madrid | Radio Madrid 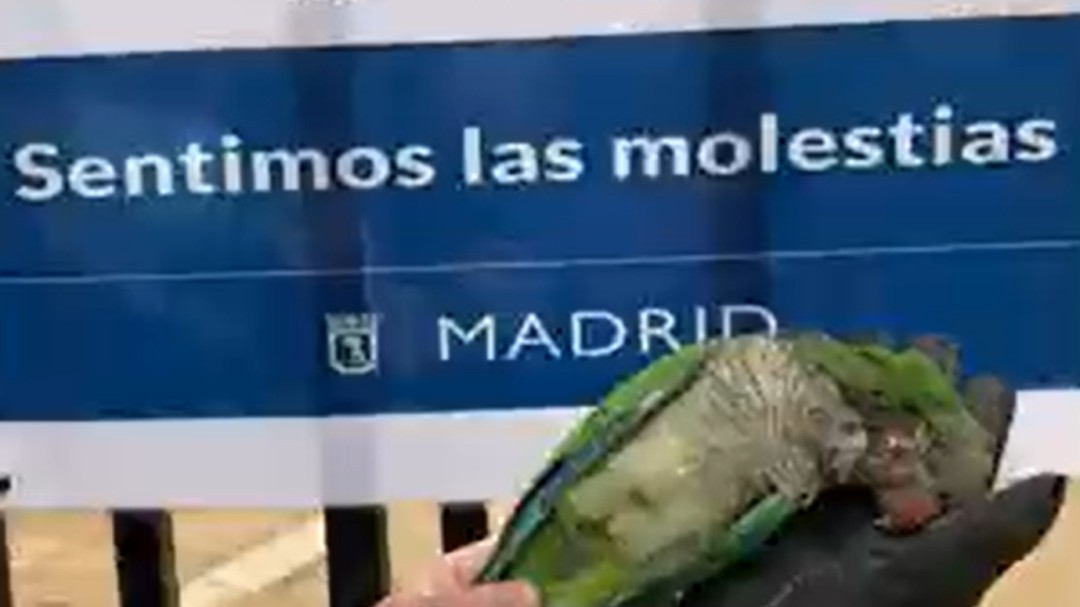 Operators of the companies in charge of developing the Madrid City Council plan to reduce the Argentine parrot population in the city used this Thursday, in the Fuente del Berro park, compressed air rifles to reduce these invasive birds.

The animal party Pacma has denounced these events, and sources from the Town Hall have confirmed it and explained that they are actions that are carried out in exceptional situations.

Pacma has condemned in a statement the images that have circulated on social networks, and has demanded explanations from the mayor of Madrid, José Luis Martínez-Almeida, and the delegate for the Environment and Mobility, Borja Carabante, whose department has confirmed that these actions they are included in the municipal plan for the reduction of the Argentine parrot in exceptional situations.

In the images that circulate on social networks, a woman can be seen running towards two men who, according to this person, were shooting parrots.

This park has also been closed during the morning for, as specified by a sign at its entrance, “reasons to carry out invasive species control work,” adds Pacma.

The Consistory has later confirmed that it is an action included in the aforementioned municipal plan – tendered in February, it was awarded to Matinsa and Dypasa for 2,930,097 and the services have a duration of 23 months – for exceptional situations.

See also  Covid 19: The other half planet | Opinion

The action is limited to the authorization of the Community of Madrid to reduce these invasive exotic birds, and the signed contract establishes the use of a compressed air rifle in specific circumstances and limited enclosures, they have added in the area of ​​Environment and Mobility.

And they have abounded that the aforementioned video was recorded this Thursday while two workers from the companies were performing in the Fuente del Berro park, which had been closed to the public from 9:00 a.m. to 12:00 p.m. to proceed with these tasks in a place where the use of other means to reduce the residual population “was not effective”.

Therefore, “the authors of the recording have bypassed the security measures established for the closure of the park,” add the sources, who point out that the bulk of the operations that have been carried out and will continue to be carried out in the city are with the methods of cannon launches nets and book net.

Sources recall that the City Council launched this plan “for reasons of safety and protection of human health”, since the Argentine parrot population has increased by 85% since 2015 and 665% if the reference is made to year 2005, and are vectors of disease transmission.

On the other hand, the weight that the nest reaches on the tree branches puts the safety of citizens at risk in the event of detachment, and these exotic birds also pose a risk to native species due to their invasive behavior, which end up displacing birds. other birds like sparrows.

See also  Which brands have stopped selling in Russia?

In addition, the number of neighborhood complaints has increased by 136% since 2018, with Latina, Usera and Carabanchel being the districts where the most number of complaints are counted.

According to the Consistory, Madrid “will be a pioneer in the development of a sanitary study on the captured specimens.”

Pacma delivered more than 30,000 signatures to the Administration in 2019 to “demand the stoppage of the slaughter of these birds”, and met with Borja Carabante to present him with a veterinary and other legal report with a sterilization plan for the parrot populations of the capital.

However, according to the animalistic party, the City Council “ignored and preferred to opt for the extermination” of these invasive birds.