Skip to content
Home News “You can only feel sorry”: Iglesias responds to Villalobos after using his children to attack him on television | Society 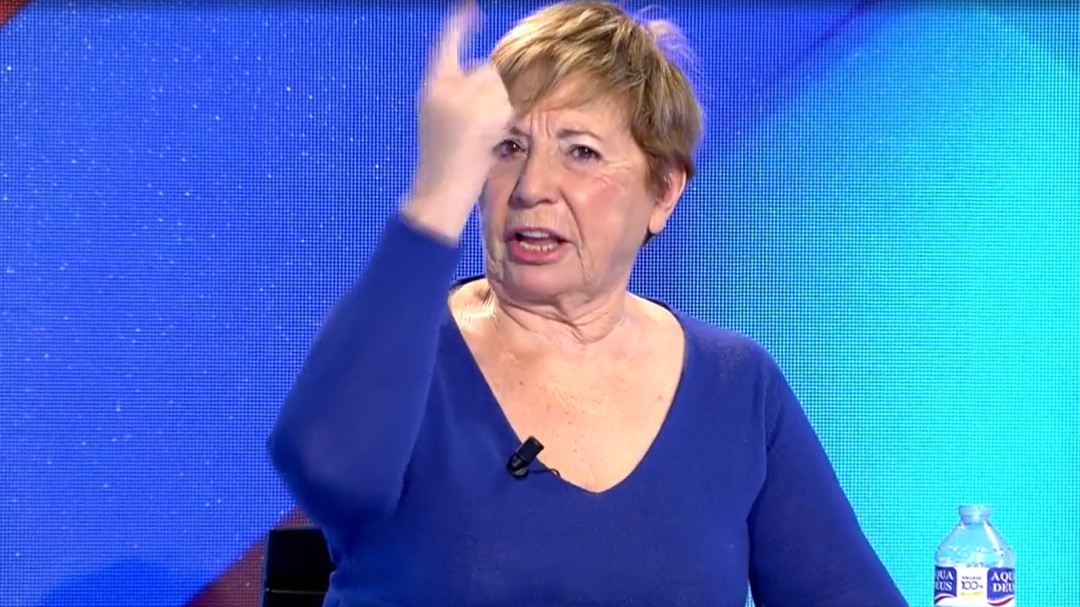 The former Minister of Health and regular collaborator of the program Everything is a lie, Celia Villalobos, has charged harshly against the former vice-president of the Government Pablo Iglesias in the program directed by Risto Mejide. All this after hearing some statements from the former leader of Podemos, in which he suggested that Villalobos and other members of the PP should be silent: “Yes, Aznar, Felipe González, Pepe Bono, Margallo, Celia Villalobos, Miguel Sebastián should be silent… let’s say former presidents or former vice presidents or former ministers of the Popular Party.

After listening to these statements, Villalobos has attacked Iglesias personally. Among other things, the one who was a Popular Party politician has charged against his physique, his partner and his children: “Pablo, look at me in front. Pablo, you are much more handsome, son. You are much more handsome since you are in your little house” . As she was speaking, the collaborator has been tensing the atmosphere more “And second, and the children? How are the children? Are the children okay? Hey, if you need me, I’ll go to your house to help you take care of them, because your wife pays very little attention to you”.

Finally, Villalobos has once again emphasized Iglesias’ physique. Specifically in his teeth: “I love you. Oh my god. And by the way, you’ve fixed your teeth, haven’t you? Because you’re gorgeous.” An attack that has caused a stir on social networks, where the former politician has been harshly criticized both by the followers of the program and by politicians such as the ERC spokesman in Congress Gabriel Rufián.

This lady can only be pitiful. What is disturbing and disgusting is the type of television and the type of journalism that manufactures these shows. Don’t just look at the broken toy of every day; degradation is the responsibility of those who make the rundown and lead the program https://t.co/WWHc5Y6aD2

Among all these responses, Pablo Iglesias himself stands out, who has assured that Celia Villalobos “can only be pitiful.” But not only that. Taking advantage of the occasion, the former leader of Podemos has charged against the program that gives Villalobos the opportunity to say those things on television: “What is worrying and disgusting is the type of television and the type of journalism that makes these shows” .

Pablo Iglesias charges against Celia Villalobos and the Risto program

From his point of view, Celia Villalobos is nothing more than a broken toy directed by those responsible for Everything is a lie: “Don’t just look at the broken toy of each day; degradation is the responsibility of those who make the rundown and lead the program. And, despite the seriousness of the words, the collaborators of Everything is a lie They laugh at each of Celia Villalobos’s attacks on Pablo Iglesias.

Among the rest of the answers, that of Gabriel Rufián stands out, who assures that Celia Villalobos has been the worst person he has met in Congress:“He is probably the worst person I have met in 6 years in Congress. The worst. And here he just proves it.”