Skip to content
Home News “Yes, I want coronavirus”: the campaign of a Dutch website that sells a kit to get infected for 33.5 euros | International 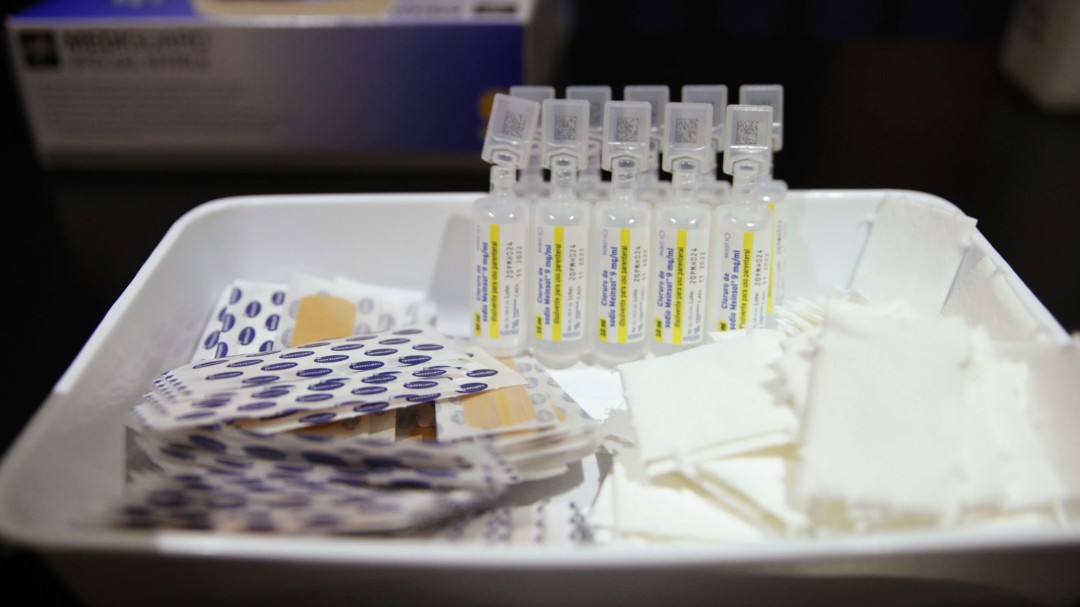 While a new wave of coronavirus threatens Christmas in European countries, the rejection of the vaccine continues to be very notable especially among citizens of Central European regions. The way to ‘force’ them to inject the dose is being the COVID passport -tumbered by the justice in Euskadi-, requested to enter almost all the closed areas.

To obtain this certificate, it is necessary to have inoculated the vaccine or to have passed the COVID in a period of less than six months in most states. For this reason, some dose-reluctant people are losing this license, and to get it back they are willing to buy a kit to get coronavirus.

A website in the Netherlands announced a campaign called “Yes, I want coronavirus”, in which for a price of 33.5 euros they sent home a liquid with the virus to inject, accompanied by a rapid test to certify that the contagion was has produced.

Darwin Award next Level:
Corona kits for self-infection can now be ordered in the Netherlands. This is how stray people want to bypass the 2Gs Tested & Vaccinated and achieve the status “recovered” or death.https://t.co/8MlrrzLykG

The portal, which has been closed by the Dutch government, stated without citing sources that it is safer to be infected than to inoculate the vaccine, so it encouraged the entire population to acquire this contagion kit.

The country’s Juvenile Health and Care Inspection (IGJ) has launched an initiative to counteract this type of trend, with a campaign in networks in which it alerts young people and explains that “it is very dangerous to become infected intentionally because you put yourself in danger and endanger everyone around you. ” They warn this population group that “you can become seriously ill”, since they believe that it is the one that has most attended to the invitation to become infected.

In addition, they have been very critical of this initiative: “The Inspection of Health and Attention to Youth is outraged by the initiatives that offer this possibility. “Marina Eckenhausen, Inspector General, has spoken along the same lines: “I find this appalling. It is a slap in the face for anyone who has committed to fighting the pandemic for more than a year and a half. And of course also for the families of people who they lost their lives to the coronavirus. “

The situation in the country at the transmission level is out of control. Despite being one of the European states with the highest rate of vaccinated – 82.7% of the population over 12 years of age – it registered more than 23,000 positives in the last 24 hours.

The Prime Minister of the Netherlands, Mark Rutte, has assured that the incidents recorded in the weekend demonstrations against health restrictions were “pure violence”, attributed to “idiots” whom he has promised to persecute to account for their Actions.

The Netherlands was one of the scenarios of the mobilizations that spread in recent days through several European countries as a result of the tightening of measures to contain COVID-19. The Dutch Police reported dozens of arrests, as well as damage to public roads, the result of riots that began on Friday night in Rotterdam and spread to other cities.

For Rutte, these events “have nothing to do with demonstrating.” In this sense, and although he has admitted that there may be a certain latent social tension due to the length of the pandemic, he has stressed that he will “never” accept that there are “idiots” who, posing as “dissatisfied”, promote violence, according to the chain US. The prime minister has warned that the Police and Justice will prosecute those responsible for violent acts.