Skip to content
Home News Xavi recognizes what has been found and did not expect: “It is difficult for them to understand it, it surprises me being at Barça” | sports 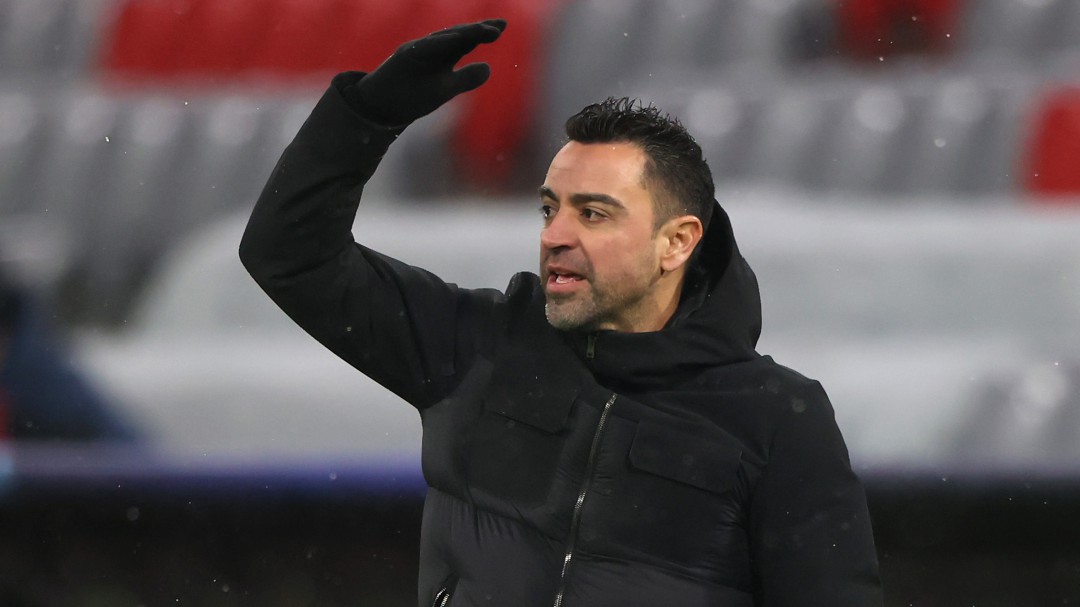 The Barcelona coach, Xavi Hernández, refused this Friday to give LaLiga Santander lost, despite being 18 points behind the leader, Real Madrid, although with one game less.

After admitting that “the main objective” in the regularity tournament is “to be among the top four” to play the Champions League next year, Xavi assured that his team is not “to give away anything” with half a season still to go. dispute.

“We cannot rule out ourselves to win LaLiga. I have seen them in all colors. You have to be positive. And in January the Cup begins, the Super Cup and the Europa League arrive. Why can’t we win titles? We are working and improving a lot. The team is believing it and adapting to our game model. We are on the right track, “he said in the run-up to Elche’s visit to the Camp Nou.

“We need to understand the position game”

Xavi assured that he is very satisfied “with the attitude and work” of his players both in training and in games. “But it is costing us more than we think and with that we are still not enough to compete (…) We need to understand the game. There are players who find it difficult to understand the positional game and it surprises me being players who are in the Barça “, recognized.

“We have emergencies and we need to win now,” stressed the Catalan coach, who considers that the visit of the Elche team is “a good time to take a step forward,” as was next Tuesday at the Sánchez Pizjuan. “We are going for those six points to finish the year well; we have no other choice,” he insisted.

Against Elche, the Barcelona coach announced that he will be able to count on Jordi Alba and Ousmane Dembélé: “The two already trained with us yesterday. They were only muscular discomfort and both are available.”

And he was again ‘positive’ about the renewal of the French striker: “Yesterday I spoke with Ousmane. He wants to continue and continue, he is happy here, and in the end it is a subject in which his representative and the club have to get involved. agreement”.

The one who will not be against the Elche team is Gerard Piqué, who is out due to accumulation of cards, which could allow Eric García to regain ownership in the back row after three games as a substitute.

Xavi downplayed the substitution of the young central defender in the last matches of the team: “Eric is going to start in many games. It will depend on what we look for in attack and defense. He divides us and fixes very well, he is very important in the game. Ball out. If Lenglet doesn’t play tomorrow, you’ll ask me about him the next day. “

Another one that could enter the eleven this Saturday is the attacker of Barça B Ferran Jutglà, of whom Xavi stressed that “he can play both as a center forward and as a winger, he goes well into space and is dangerous”.

But he denied that the team lacks goal players. “I do not think we lack a goal, we need to get to the area and dare more,” said the coach of the Barça team.

Asked about the declining performance of important footballers such as Frenkie de Jong or Marc-André ter Stegen, Xavi defended the quality of both and recalled that “it is a psychological issue” because of the poor results. We need victory and we will see things differently, with Marc and with Frenkie, “he said.

Finally, Xavi appreciated the draw for the Copa del Rey, which has paired his team with Linares, from the First RFEF: “We are seeing lower-category rivals who are eliminating or taking First-class teams to extra time. It will cost us , and more to a single game, “warned the coach, who recalled that Barça B militates in the same category and that, therefore, it already has reports on the Andalusian team.