Skip to content
Home News X-ray of temporality in Spain 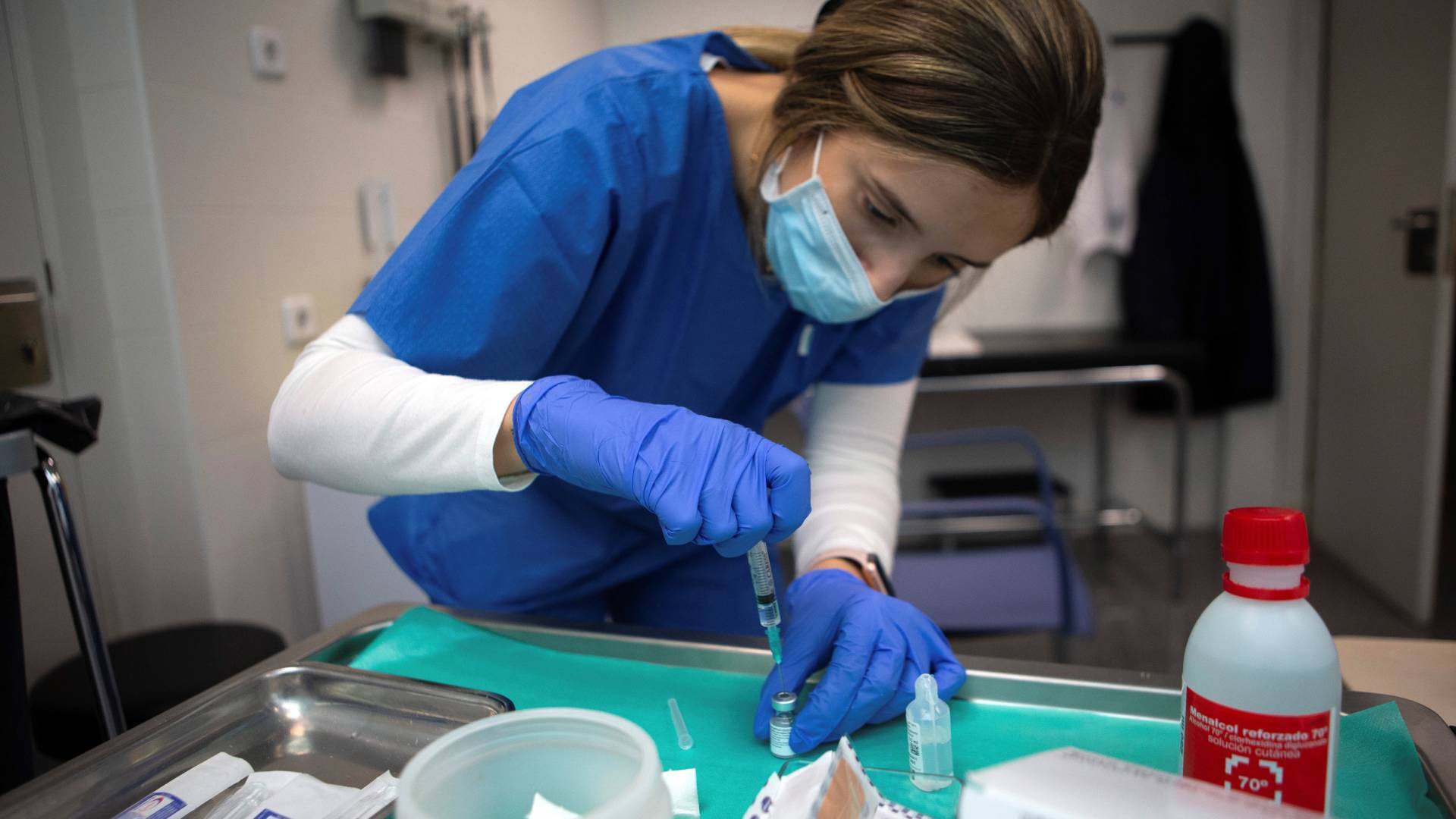 With the labor reform agreed this Thursday together with the employers and the unions, the Government has proposed to end the temporality in Spain, one of the biggest burdens plaguing our job market and therefore to the economy. Not only are we the country of the European Union (EU) with the greatest weight of temporary work, but most of the temporary contracts that are signed are of short duration. If we look at the latest figures, one in four contracts signed in November had a duration of less than a week.

The figures are even more representative if we look back in time. In 2019, when the pandemic had not yet entered our lives, there were some 4.4 million temporary workers, compared to 12.5 million permanent workers. That same year, Social Security terminated a total of 27 million contracts with a maximum duration of one month, a figure significantly higher than the total number of affiliates in Spain at the time -19 million-. Of these contracts, 5.4 million were for a single day.

From Brussels they have been demanding Spain for years to reduce the temporality in the labor market, both in the public and private sectors, however the reforms carried out have barely succeeded. Until now, when the European Commission has linked the fulfillment of this objective to the approval of a new item of European funds. But, how deep is the gap in the Spanish labor market if we talk about temporality?

Spain has a temporary employment rate 11.1 points higher than the European average

Spain is at the head of the European Union in terms of temporality. Only Montenegro registers a higher rate, although its data correspond to the second quarter of 2020, in the midst of the pandemic. In this way, according to the latest figures registered by the European statistical office, Eurostat, the percentage of temporary employees in Spain reached 24.7% at the end of 2020, a figure 11.1 points higher than the average of the Twenty-seven, which was then at 13.6%.

Spain is followed somewhat further by Serbia, with 20% of employees with fixed-term contracts, and later the Netherlands, Poland and Portugal, with rates around 17%. At the opposite extreme are Latvia, Estonia, Lithuania and Romania, where the temporary employment rate does not exceed 3%.

The number of temporary contracts has not stopped growing since 2013

Although the pandemic wiped out some six million signatures – nearly 14,400,000 temporary contracts were signed last year, compared to around 20,350,000 signed in 2019 – the figure has not stopped increasing since 2013, as indicated by the data of the State Public Employment Service (SEPE). Then a total of 13,600,000 contracts were executed and the number continued to rise until 2015, when the number of contracts prior to the arrival of the Great Recession was exceeded: about 17 million. Three years later, in 2018, the figure of 20 million was reached for the first time and in 2019 a new record was set.

One of the temporary focuses in Spain is in the Public Administration itself. The weight of personnel with fixed-term contracts rises to 31.6%, compared to 24.6% in the private sector, according to data from the latest Labor Force Survey (EPA) relative to the third quarter of 2021. To reverse In this situation, the Government has launched what is known as the ‘interim law’, which will reserve competitions and no competitions for jobs in the Administration that have been temporarily occupied for at least five years. The goal is to stabilize some 300,000 places before the end of 2024.

However, and despite the fact that the Administration has a higher percentage of temporary workers, the bulk of temporary workers is located in the private sector: about three million people. In this case, it is the Minister of Labor, Yolanda Díaz, who has proposed to carry out a reform “deep and structural” that aims to reduce the duration of these contracts to 90 days and only for justified reasons. For practical purposes, it means ending contracts for works and services and temporary ones and also proposes that the dismissal is null when contracts are terminated without just cause.

One in four contracts lasts less than a week

Although if the temporary contracts in Spain stand out for something, it is because of their short duration. According to the SEPE data for November, the average duration of the 2,021,546 contracts that were signed in this period stood at 52 days. And one in four rubrics was less than a week.

By type of contract, the SEPE reveals that they have registered notable reductions in the duration of the signing of contracts for work or service, which have gone from 91.9 days in 2007 to 54.1 days in 2019. The eventual ones have fallen from 65.5 to 43.5 days; and the temporary ones have gone from 35.5 to 31.4 days. While by sex, it is men who sign the majority of contracts for a period of less than a month, but also those who sign the majority of permanent contracts.

Women, who accumulate the most temporary contracts

The statistics also reveal notable differences by sector and sex. However, globally, it is women who accumulated the bulk of temporary contracts in the third quarter of the year, according to data from the EPA. Of the total number of employees, the number of women with temporary contracts rose to 25.2%, compared to 19.2% of men. In absolute values, 2,330,600 and 2,070,800, respectively.

Women with a situation of job instability also they are the majority in the Public Administration: the percentage reaches 67.8%, compared to 32.2% for men. On the contrary, in the private sector the majority of temporary workers are men, 52%; In this case, women make up the remaining 48%.

Regarding the type of contract, the eventuals were the majority in November with a total of 915,383 headings, closely followed by works and service, which added 670,940 signatures. They accounted for 45.3% and 33.2% of the total contracts signed in Spain, compared to 6.5% for permanent contracts. In the case of men, the total contracts were practically distributed between these two modalities, while the temporary ones gained ground among women.

Despite the fact that temporality prevails with all age groups, those under 29 years of age are the ones who suffer the most. Of the 4.4 million temporary wage earners in Spain in the third quarter of the year, according to the EPA, 35% belong to this age group. Young people not only accumulate the bulk of temporary employment in Spain, but also have the highest unemployment figures. In the same period, those under 29 years of age represented 28.4% of the 3.65 million unemployed that were counted in our country. The figure is also placed at the head of the EU.

See also  New Covid isolation rules: When to test and what happens if you still get a positive result

To combat these figures, the Government in June allocated 5,000 million euros to combat youth unemployment, thus facilitating the training and hiring of more than a million young people in the next three years. This is a figure that, according to the Minister of Labor, is “the largest investment that the Government of Spain has made in the history of democracy to address the problem of youth unemployment.”

Temporality is primed with Health and Hospitality

One of the great pillars of the welfare state, Health, is the sector that presents the highest figures for temporary employment: 15% of the total, closely followed by Hospitality, with 12%, according to data from the Labor Force Survey for the first quarter of 2021. Le they are closely followed by Commerce and the Manufacturing Industry, which account for 11% and 9% of all temporary workers in Spain, in each case.

Very significant differences are also shown according to sex. While the largest number of men with fixed-term contracts worked at the beginning of the year in the Construction sector -more than 320,600-; the majority of women did so in the Health and Hospitality sectors, with figures that exceed 523,900 and 297,100 people, respectively.

Melilla, Andalusia and Extremadura, the territories with the most storms

And when it comes to territories, temporality is the majority in the south of the country. Among other reasons, an important part of this relationship is explained by the differences between sectors. The industry, which is more present in the north of Spain, resorts less to temporality; while agricultural activities or tourism are based much more on this type of contract.