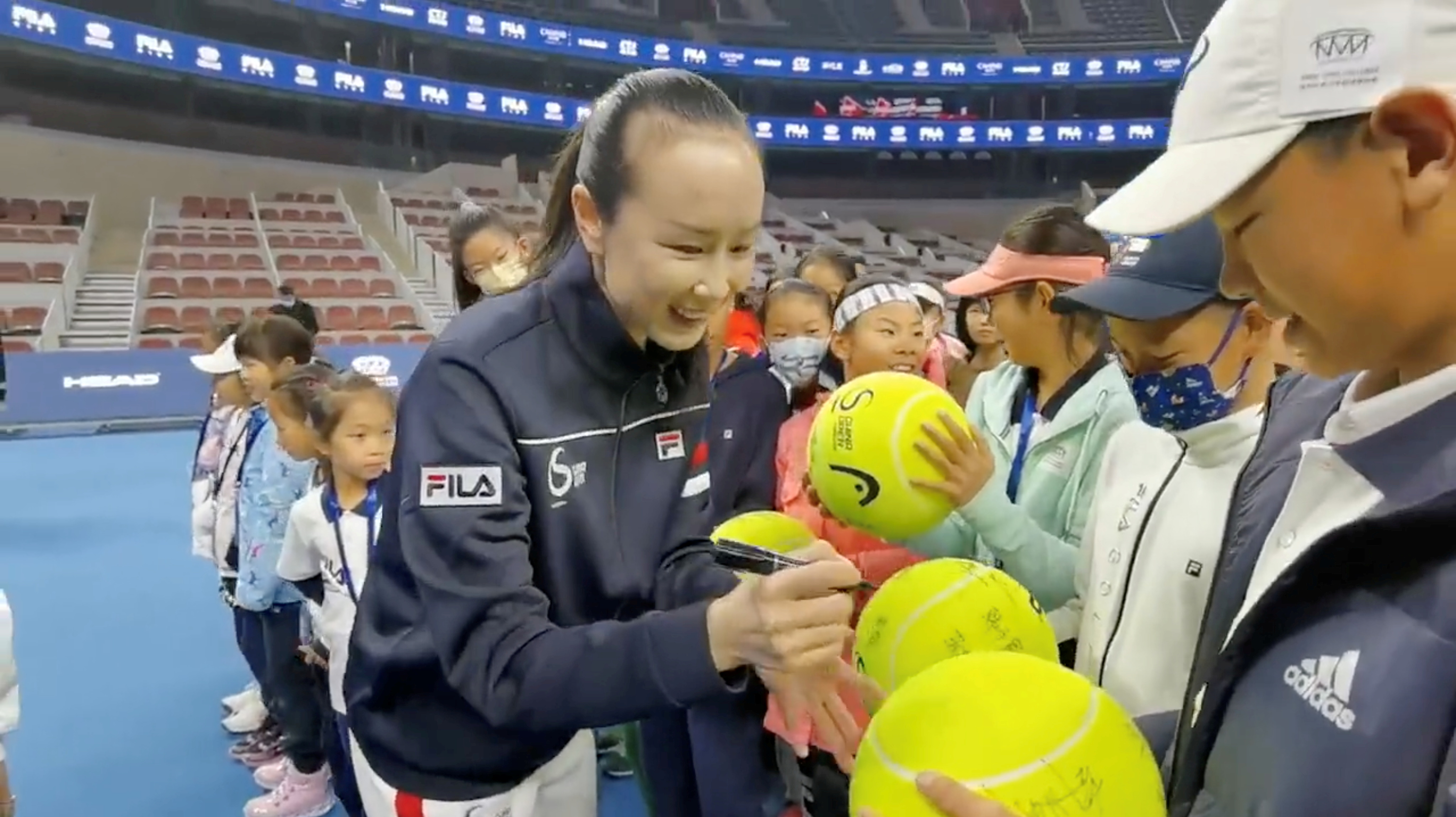 His name is Steve Simon and he has not walked with half measures. The World Women’s Tennis Association (WTA), which it has presided over since October 2015, has squarely stood up to the Chinese Government by announcing “the immediate suspension of all WTA tournaments in China, including those in China. Hong Kong”. The drastic decision was made in response to the disappearance of 35-year-old tennis player Peng Shuai from public life, and Beijing’s apparently vague efforts to carry out a “transparent and uncensored investigation” into her rape accusation against the Former Chinese Deputy Prime Minister Zhang Gaoli, 79. The determination of the American WTA official in opting for the more radical alternative despite the foreseeable financial cost – China hosts nine tournaments on the women’s tennis circuit, including the Masters Cup and another two on the highest category – has earned him the respect and admiration of many.

The cancellation of the nine competitions will mean a loss of some 88 million euros for the WTA. But at the same time it puts the Asian giant in check against world sport for a scandal of sexual abuse that has caused a movement of protest and rejection throughout the world. The motto Where is Peng Shuai? It has spread across the planet for fear that the tennis player has been coerced by the Chinese Government in the face of their accusations.

The scandal has risen in temperature just two months after Beijing makes history by becoming the first city in the world to host the summer (2008) and winter Olympics (from February 4 to 20), in a boast of artificial snow made by pumping water from nearby lakes with practices far removed from those required by the fight against global warming and by commitments to reduce emissions.

In this scenario, which is also influenced by the presence of the Internet sales giant Alibabá, and its 715 million euros, as one of its main sponsors, the International Olympic Committee (IOC) intends to reduce the noise about the Peng case Shuai, with whom he has contacted by videoconference on two occasions (communication channel not reached by the WTA) to ensure that she is “safe and sound”, but has not been able to prevent the case from splashing the body itself and its policy of silent diplomacy and discreet, away from the media noise.

According to the message published on its website yesterday, the organization confirmed that the tennis player is well and that the Olympic president, Thomas Bach, has met with her for a face-to-face meeting in January.

The cancellation of the Olympic Games is not an option that the Chinese government, and much less the IOC, contemplates in low hours after the financial debacle that was the postponement of Tokyo 2020 due to the pandemic. The budget for Beijing 2022 is around 3,500 million euros, one tenth of the astronomical 35,000 million disbursed for the 2008 Olympic event. But not a few analysts are inclined to think that these calculations are dictated from the top and that, in effect, spending has been much higher, especially as a result of the latest adjustments to control any hint of a resurgence of the coronavirus.

In the last quarter of a century, China has become the goose that lays the golden eggs when it comes to organizing sporting events: nine tournaments per season on the women’s tennis circuit and four on the men’s circuit; an F-1 Grand Prix in Shanghai for 17 years, with a contract until 2025; friendly matches of the English football teams; a swimming World Cup in 2011; a World Athletics World Cup, in 2015; a Basketball World Cup, in 2019; preseason games of the NBA, which has had an office in China since 2008 … In addition, signing huge contracts for television rights, such as the 300 million of the Premier League with a streaming channel, skyrockets the number of fans in the country Asian and fattening the market.

See also  a devastating tribute to 60 children killed in Gaza

However, some of these businesses have not been, as now, without controversy. The NBA estimates that only in the 2019-2020 season it lost about 353 million euros after the state television channel CCTV canceled the broadcast of practically all the league’s games. The reason, a tweet from Daryl Morey, then manager of the Houston Rockets and now of the Philadelphia 76ers, showing his support for the Hong Kong protests. The NBA returned to China after the digital giant Tencent signed a deal valued at 1,322 million euros to broadcast the games for five years, although the transmission of the Rockets and Sixers games remains absent from the menu. The last franchise affected was the Boston Celtics after the Turkish center Enes Kanter published a video on Twitter calling for the liberation of Tibet.

The minimum tolerance for criticism has prevailed in the modus operandi of the Chinese authorities, which have not hesitated to act in an exemplary manner in the face of actions that they consider interference in their internal affairs. Peng’s case has been approached with the same secrecy with which scandals of other sports stars were treated, such as the swimmer Sun Yang, accused of doping, although the tennis player has not received the support that Yang had from the machinery propaganda.

The China Tennis Association yesterday showed its “strong indignation and opposition” to the decision of the WTA, which it accuses of acting according to “false information”. Meanwhile, the shadow of the Peng Shuai case continues to spread.

Djokovic supports the WTA but the ATP maintains its calendar

Newly qualified with Serbia for the semifinals of the Davis Cup, which will play against Croatia, Novak Djokovic referred to the Peng Shuai case and the cancellation of the women’s tournaments in China. “I fully support the position of the WTA because we do not have enough information about Peng Shuai and his well-being, and his health is of the utmost importance,” said the number one tennis player. The Serbian assured that “everyone, the ATP too”, are requesting “clarity about what is happening.” “We don’t have enough information, but I think it’s a very brave position from the WTA. It is important that we are all together. It is the life of a tennis player that is in question, so, as a tennis community, we need to be together, and that is why I support the decision of the WTA ”, he declared.

See also  Puigdemont's lawyer believes that extradition can be denied

For its part, the ATP, the body that governs men’s tennis, issued a statement yesterday in which it still has not defined its position. In the note, he assures, the ATP maintains its support for women’s rights and concern for the well-being of the Chinese tennis player. “The situation in which Peng Shuai is involved worries not only our sport, it goes further. The answer to those concerns has fallen short. That is why we urge once again to open an open channel of direct communication between the player and the WTA in order to have a clearer picture of her situation, ”says Andrea Gaudenzi, president of the ATP. And he adds: “We know that sport can have a positive influence on society and we believe that having a global presence offers us the opportunity to generate opportunity.” Thus, the ATP currently maintains the appointments of its calendar in China, specifically in Shanghai (Masters 1000), Beijing (500), Chengdu and Zhuhai (250).