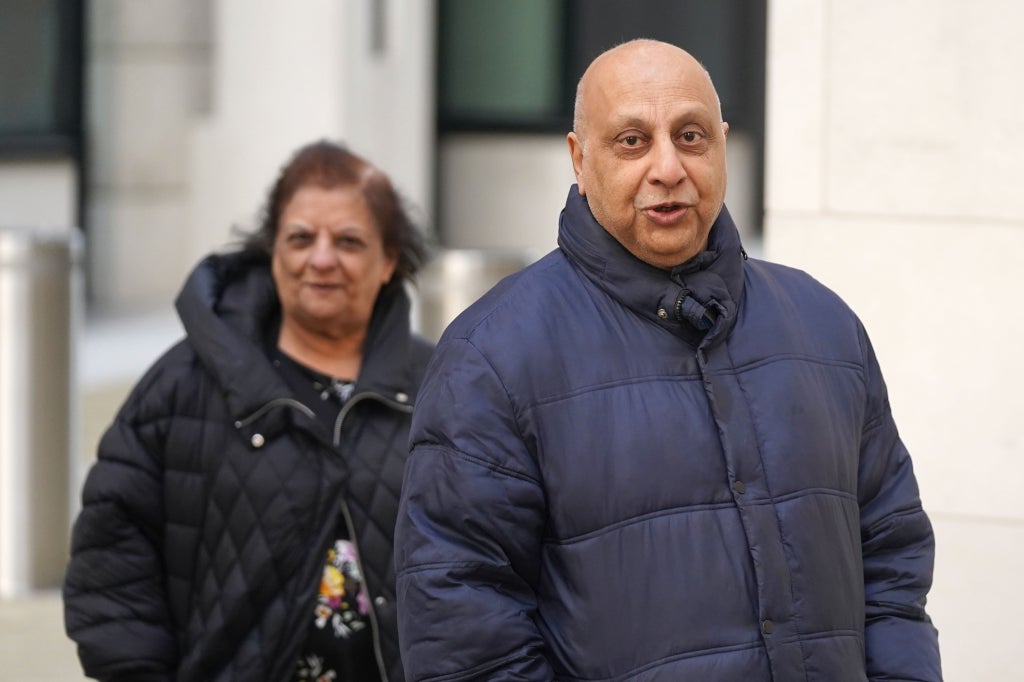 A subpostmaster wrongly accused of false accounting has tearfully told an inquiry of how he was left to pick up the bill of £17,000 due to flaws within the Post Office system.

Between 2000 and 2014, more than 700 subpostmasters and subpostmistresses (SPMs) were prosecuted based on information from the Horizon system, installed and maintained by Fujitsu.

However, in December 2019, a High Court ruled that Horizon’s system contained a number of “bugs, errors and defects” and there was a “material risk” that shortfalls in Post Office branch accounts were caused by the system.

Baljit Sethi, 69, and his wife Anjana, 67, who have three children, initially ran a branch near Romford in Essex from 1983.

Mr Sethi, the first witness to give evidence at an inquiry in central London, cried as he told how running it had been the “the best time” of his life as he was popular in the community.

It was heard that in 2001, Mr Sethi took on another branch in Brentwood, which after one year showed a hole in the accounts of £17,000, which the couple were asked to cover out of their own pocket.

Mr Sethi, who was never charged, told the inquiry he tried to communicate with the head office in Chelmsford, after noticing a problem with the system.

He broke down in tears as he went on to say: “I was the only man who ran the Post Office seven days a week.

“I was the only Post Office in the country running all seven days.”

Mr Sethi, whose contract was terminated, added: “I knew there was something wrong with the system but no-one wanted to know that.”

Dozens of SPMs have had criminal convictions overturned, and an inquiry into the scandal has been launched.

The inquiry, which is expected to run for the rest of this year, will look into whether the Post Office knew about faults in the IT system and will also ask how staff were made to take the blame.

Jason Beer QC, counsel to the inquiry, said the ordeal of those affected could be concluded as “the worst miscarriage of justice in recent British legal history”.

“Reputations were destroyed, not least because the crimes which the men and women were convicted of all involved acting dishonestly.

“People who were important, respected and integral part of the local communities that they served were shunned in some cases.

“A number of men and women sadly died before the state publicly recognized that they were wrongly convicted.”

Inquiry chairman Sir Wyn Williams, opening the hearing, said: “I cannot emphasize too strongly, what is of course obvious, namely that these hearings would not be taking place at all were it not for the witnesses to who have agreed to give up their valuable time and publicly relive what must be very distressing memories and events.”