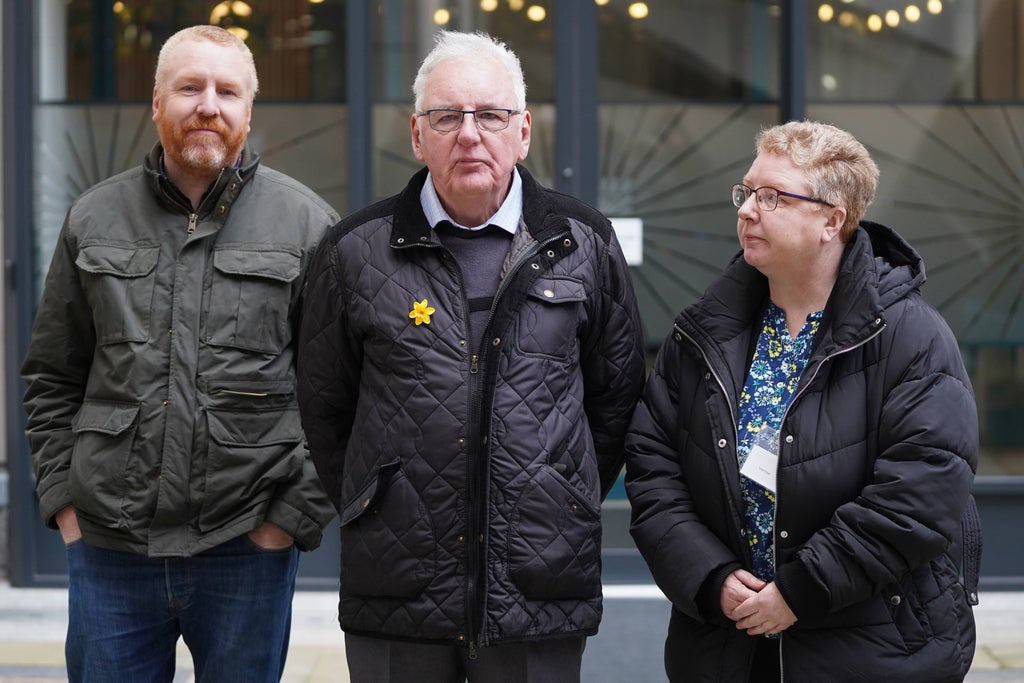 The Post Office IT scandal, which saw the wrongful conviction of hundreds of workers for theft, is the “largest miscarriage of justice in British legal history”, an inquiry has been heard.

Dozens of Post Office workers will take the stand over the coming weeks to detail how the organization helped put innocent men and women in jail, tore apart their families, and left them seeking mental health support.

On the second day of the Horizon inquiry, Damian Owen, a brand manager from Anglesey spoke about how he was wrongfully accused – and then convicted – of stealing thousands of pounds from the Post Office.

He told the inquiry that he had been fighting his conviction for ten years, before it was overturned last April.

“I can’t get those ten years back,” Mr Owen said. Damian Owen was the branch manager of one of the Bangor branches of the Post Office in North Wales.

He was audited in 2010 and the auditor found a shortfall of nearly £25,000. The small, quiet branch mainly serviced the older people who lived in the area and the most money Mr Owen had ever known the branch to hold was around £13,000.

When he was told of the £25,000 shortfall, it didn’t make sense. Crucially, two weeks before the audit they had had a new IT system put in – the Horizon online system.

The IT system, which turned out to be faulty, helped to frame over 700 innocent people.

Speaking at the inquiry on Tuesday, Mr Owen questioned why the scandal had not been reported more widely, saying: “Is this not the largest miscarriage of justice in British legal history? I think we deserve better.”

He called for a full personal apology from the Post Office, calling their letter “the most feeble apology I have ever received for anything in my life”. He also asked for significant financial compensation and for the people responsible to be convicted.

A total of 736 subpostmasters were prosecuted by the Post Office based on evidence from the Horizon IT system between 2000 and 2015, Computer Weekly – who originally exposed the scandal – reported.

A group of 555 sub-postmasters successfully used the courts to force the Post Office to set up a Historic Shortfall Scheme, which handed out £57.7million in damages.

However after legal costs were paid, the workers were left with just £11million – which when shared out came to £20,000 on average.

In most cases, this didn’t even cover the money they had been forced to repay the Post Office after they were wrongfully accused of stealing.

Lisa Brennan, from Liverpool, told the Horizon inquiry on Tuesday that the Post Office had been her life since she started as a counter clerk at the age of 16.

“I loved my work, I loved my job,” she said. “Then the next thing I knew my life got turned upside down.” In June 2002, she was suspended and then sacked from her job as clerk for stealing.

She was later wrongly convicted on 27 counts of theft. On the final day of her court hearing in September 2003, she turned to her six-year-old daughter Jess and told her that if she was sent to prison she would take her own life from her.

“I couldn’t have gone to prison,” Ms Brennan told the inquiry. “I felt ashamed.” The judge sentenced her to six months imprisonment, suspended for two years.

The order left her bankrupt and homeless, she said. “There were times when I went hungry so that Jess could eat.”

With her conviction overturned, Ms Brennan said: “Now I can be me. I am happy. I’ve been so sad and so angry for years and now I’ve turned a corner and it’s lovely.”

It has emerged that at least 33 victims of the scandal have died waiting for justice, according to the Daily Mail.

Post office bossed admitted that 14 people have died since May 2020, when a scheme was opened to compensate the postmasters.

Those deaths are in addition to four people who are believed to have taken their own lives, and 15 more who were part of a separate High Court action against the Post Office, the paper reported.

Julian Wilson, who ran the post office at Astwood Bank, Worcestershire, was one of the people who died before they could be seen justice.

His conviction left him unable to find work and his widow Karen told the BBC that the investigation and his illness from cancer “broke him in the end”.

In an emotional testimony on the first day of the inquiry on Monday, Baljit Sethi, 69, who ran two branches with his wife Anjana, 67, told how his family had been near bankruptcy.

The pair, who had fought off seven armed robberies in their time running the post offices, noticed money inexplicably started going missing.

When the shortfall swelled to £17,000, the Post Office terminated their contract, shut the branch and asked the couple to pay up.

Mr Sethi said: “I was down and out, I contemplated suicide, but I thought no, that’s the easy way out, what about my family?”

“We lost utterly everything,” he added. “People who used to hold us in high esteem thought we were thieves.”