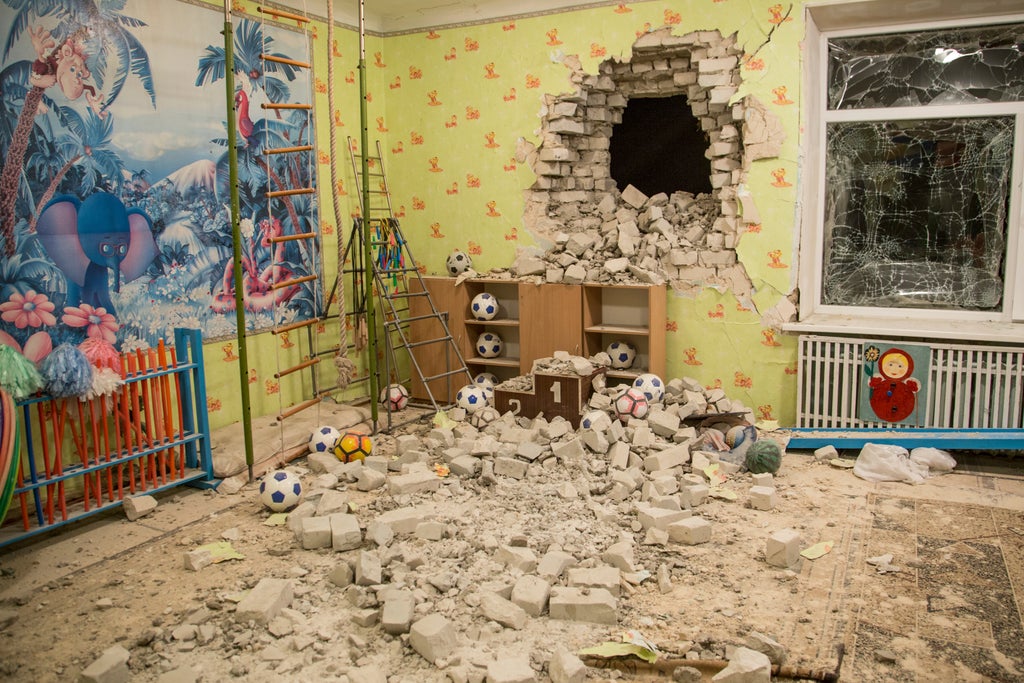 Ukrainian government forces and pro-Russian rebels have reported increased shelling in eastern Ukraine and traded accusations of ceasefire violations for a second day, as Western nations fear that the escalation could be used by Russia as a pretext to invade.

The self-proclaimed Donetsk People’s Republic said shelling targeted the rebel-held village of Petrivske in the early hours of Friday morning, Russia’s interface news agency reported, while the so-called Luhansk People’s Republic claimed there had been several incidents of mortar fire.

Although the ceasefire between Ukrainian forces and the rebels is routinely violated, it has intensified over the past week as concerns mount that Russia will invade imminently amid reports that it is increasing its military presence on the border.

Moscow has denied it is planning an attack and said this week it is drawing down forces massed near Ukraine.

In the Donbass region – which has seen conflict for eight years – Ukrainian forces and the rebels pinned the blame on each other for the escalation following artillery and mortar attacks on Thursday and Friday.

In one barrage, Russian-backed separatist forces hit a nursery school in the city of Stanytsia Luhanska. The children, who were in another part of the building were unhurt, but three people were injured.

“We heard the sound of broken glass. The children were very frightened. Some kids started crying immediately, and the explosions continued for the next 20 minutes,” Olena Yaryna, the school’s director, told The Associated Press.

Ukraine and its Nato allies have repeatedly warned Moscow against using the separatist conflict as a pretext to invade the country.

Thursday’s clashes in eastern Ukraine were the biggest since 2015 in the long-running conflict between the separatists and Kiev, a diplomatic source told Reuters. Observers from the Organization for Security and Cooperation in Europe (OSCE) had already recorded 80 ceasefire violations along the dividing line between the two sides as of Friday morning.

The Luhansk People’s Republic, one of two rebel regions, said Kiev forces had used mortars, grenade launchers and a machine gun in four separate incidents. “Armed forces of Ukraine have crudely violated the ceasefire regime, using heavy weapons, which, according to the Minsk agreements, should be withdrawn,” the rebels said in a statement.

Earlier this week, Russia’s lower house of parliament voted to ask President Vladimir Putin to recognize the two self-styled separatist republics as independent. However, according to the Kremlin, Mr Putin has no immediate plans to do so.

Kremlin spokesperson Dmitry Peskov on Friday said that the situation in Donbass is “very alarming”.

“What is happening in Donbass, I repeat once again, is very disturbing news that really causes a feeling of alarm and is potentially very dangerous,” he was quoted by state media SputnikNews as saying.

US president Joe Biden has warned that a Russian attack on Ukraine is almost inevitable and could happen “within the next several days”, while Moscow announced on Friday that it would stage massive drills of its nuclear forces.

The UK government, a key Nato member, wrote on Twitter that they see “no evidence that Russian forces are withdrawing from Ukrainian border regions” and warned the invasion could take place “without further warning”.

Mr Biden, rallying allies to maintain a unified stance, will host a call on Friday with leaders of the UK, Canada, France, Germany, Italy, Poland and Romania, plus the EU and Nato.

In other developments, US Secretary of State Antony Blinken has agreed to meet Russian foreign minister Sergey Lavrov next week in Europe – provided that Russia does not invade Ukraine.

Germany, meanwhile, said Russia is putting Europe’s security at risk with its actions.

“With an unprecedented deployment of troops on the border with Ukraine and Cold War demands, Russia is challenging fundamental principles of the European peace order,” German foreign minister Annalena Baerbock said ahead of the annual Munich Security Conference.

While a plethora of world leaders and top officials, including US vice president Kamala Harris and Ukrainian president Volodymyr Zelensky, are traveling to the German city, Moscow has refused to participate in the conference.