Skip to content
Home News Worst Roommate Ever trailer and what is the new Netflix documentary series about? 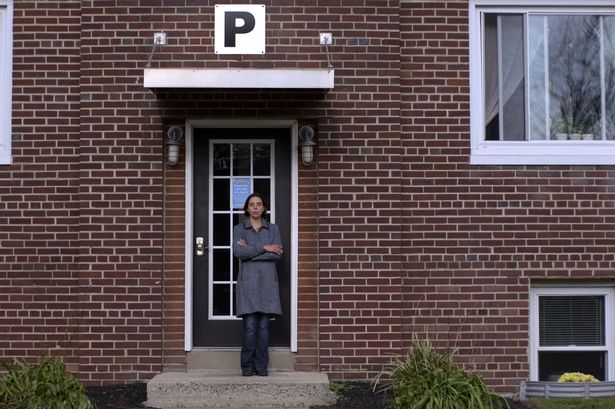 Netflix is ​​back with another true crime series. And this time it focuses on four harrowing tales of nightmare housemates.

The streaming service describes Worst Roommate Ever as a five-part documentary series that chronicles ‘the masked menace that can be lurking right down the hall’. The unsettling true stories highlight what happens when seemingly harmless housemates turn out bad – from con artists to serial killers.

Read more: What is new on Amazon Prime Video in March 2022

Episode one tells the story of Dorothea Puente, an American serial killer dubbed the ‘Death House Landlady’ by newspapers. In the 1980s, she ran a boarding house in Sacramento, California, murdering elderly and disabled boarders before cashing their Social Security checks.

She was arrested in 1988 after police officers investigated the disappearance of tenant Alberto Montoya – a disabled man with schizophrenia. After spotting disturbed soil at the boarding house, they uncovered the body of another tenant – Leona Carpenter.

Seven bodies were eventually found buried on the property and Puente was later charged with nine murders – although she was convicted of three at a trial that began in 1992. According to investigators, most of her victims had been drugged until they overdosed.

Puente was jailed for life but continued to maintain her innocence – claiming the victims had died of natural causes. She died behind bars in March 2011, aged 82.

See also  Heart warning as 300,000 people in UK have 'deadly' condition – symptoms to look out for

Episode two focuses on Kwang Chol ‘KC’ Joy – who was jailed for 15 years to life for murdering roommate Maribel Ramos. The body of the 36-year-old was found in a shallow grave in Silverado Canyon in California, USA.

Joy was 55 when he was sentenced for the murder. The court heard he killed Ramos after an argument about rent.

The victim was a US Army veteran who served two combat tours in Iraq. Prosecutors alleged that Joy was in love with her and the feelings were not reciprocated.

Episode three is about Youssef Khater, a Danish conman convicted of attempted murder and fraud in Chile after he tried to kill his housemate Callie Quinn in 2011. He had also scammed several people out of thousands of dollars by posing as a Palestinian marathon runner doing a sponsored 2653-mile run the length of Chile.

Khater lived with Texan college graduate Quinn in a 12-bedroom hostel and he took $1,000 from her for a deposit on a condo he said he had bought and would rent to her. But he then lured her to a tire shop in Santiago, hit her over the head with a piece of metal and buried her alive.

Quinn survived but was badly injured. Khater was later jailed for 602 days and extradited to Denmark after he’d served his time.

Episodes four and five both cover the same case – that of Jamison Bachman. Bachman is a serial squatter, dubbed the ‘worst roommate ever’. He would move in with people then try to have them evicted from their own homes-or he would refuse to pay rent or leave.

See also  What is Pegasus, the controversial software that would have spied on Aragonès?

Bachman became violent towards one woman who rented him a room – choking her and stabbing her in the high. He was arrested for that offense and his brother danced him out.

After an argument with his sister-in-law, Bachman beat his brother to death. He was arrested and charged with murder in December 2017 but died by suicide in prison before the trial began.

*Worst Roommate Ever was released on Netflix today (Tuesday 1 March).

For more stories from where you live, visit InYourArea.