Skip to content
Home News World leaders condemn Russia’s ‘unprovoked’ invasion of Ukraine: ‘The world can and must stop Putin’ 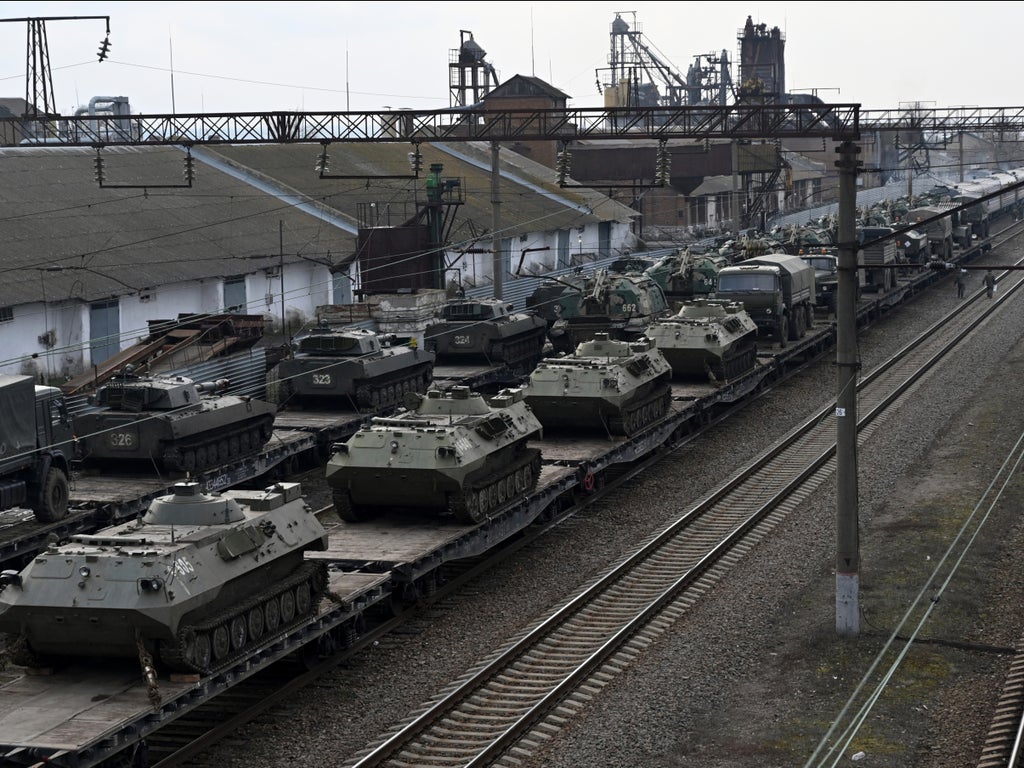 The world watched events unfold with shock and horror after Russian president Vladimir Putin announced the start of a “military operation” against Ukraine on Thursday.

Mr Stoltenberg added: “I strongly condemn Russia’s reckless attack on Ukraine, which puts at risk countless civilian lives. This is a serious breach of international law & a serious threat to Euro-Atlantic security.”

US President Joe Biden said that Ukrainian “President [Volodymyr] Zelenskyy reached out to me tonight and we just finished speaking. I condemned this unprovoked and unjustified attack by Russian military forces”.

Mr Biden added: “I briefed him on the steps we are taking to rally international condemnation, including tonight at the UN Security Council”.

“Canada condemns – in the strongest possible terms – Russia’s egregious attack on Ukraine. These unprovoked actions are a clear further violation of Ukraine’s sovereignty and territorial integrity, and of Russia’s obligations under international law and the Charter of the UN,” he said.

The US Department of State released a statement on early Thursday and said that secretary of state Antony Blinken and secretary of defense Lloyd J Austin III had spoken with the Nato secretary-general “to condemn Russia’s premeditated, unprovoked, and unjustified attack on Ukraine and discuss the alliance’s coordinated response.”

Mr Blinken said that “we are united in responding to Russia and strengthening Nato’s Eastern Flank”.

US ambassador to the United Nations, Linda Thomas-Greenfield, said: “As President Biden said tonight, Russia alone is responsible for the death and destruction this attack will bring. And the United States and our allies and partners will respond in a united and decisive way. The world will hold Russia accountable.”

Ukrainian foreign minister Dmytro Kuleba urged that the “time to act is now.”

He said: “Putin has just launched a full-scale invasion of Ukraine. Peaceful Ukrainian cities are under strikes. This is a war of aggression. Ukraine will defend itself and will win. The world can and must stop Putin.”

In Germany, Chancellor Olaf Scholz sharply condemned what he called the “reckless act of President Putin” in attacking Ukraine. He called it a “blatant breach of international law”.

South Korea’s foreign ministry has said that the country will impose sanctions against Russia.

The ministry said: “Despite repeated warnings from the international community if Russia engages in any form of all-out war, it is clear that the Korean government will have no choice but to participate in sanctions such as export controls against Russia.”

Barbara Woodward, Britain’s ambassador to the UN, said “this is a serious day for Ukraine and for the principles of the United Nations. We and our partners have been clear that there will be consequences for Russia’s actions.”

On Twitter, the commission chief Ursula von der Leyen wrote: “In these dark hours, our thoughts are with Ukraine and the innocent women, men and children as they face this unprovoked attack and fear for their lives.”

“We will hold the Kremlin accountable,” she added.

Mr Zelensky, the Ukrainian president, made an emotional appeal to Russians. He said: “Who can stop (the war)? People. These people are among you, I am sure.”

I added: “If they [Russia] attack, if they try to take our county – our freedom, our lives, the lives of our children – we will be defending ourselves.”

“As you attack, it will be our faces you see, not our backs,” the Ukrainian president said.

Finland President Sauli Niinistö said: “I strongly condemn the military measures Russia has started in Ukraine. Russia’s acts target Ukraine, but at the same time, they are an attack on the entire European security order. We feel deep compassion towards Ukraine and are seeking ways to increase our support to Ukraine.”