Skip to content
Home News World Chess Championship 2021: Carlsen announces that he will only defend his title against Firouzja | Chess News 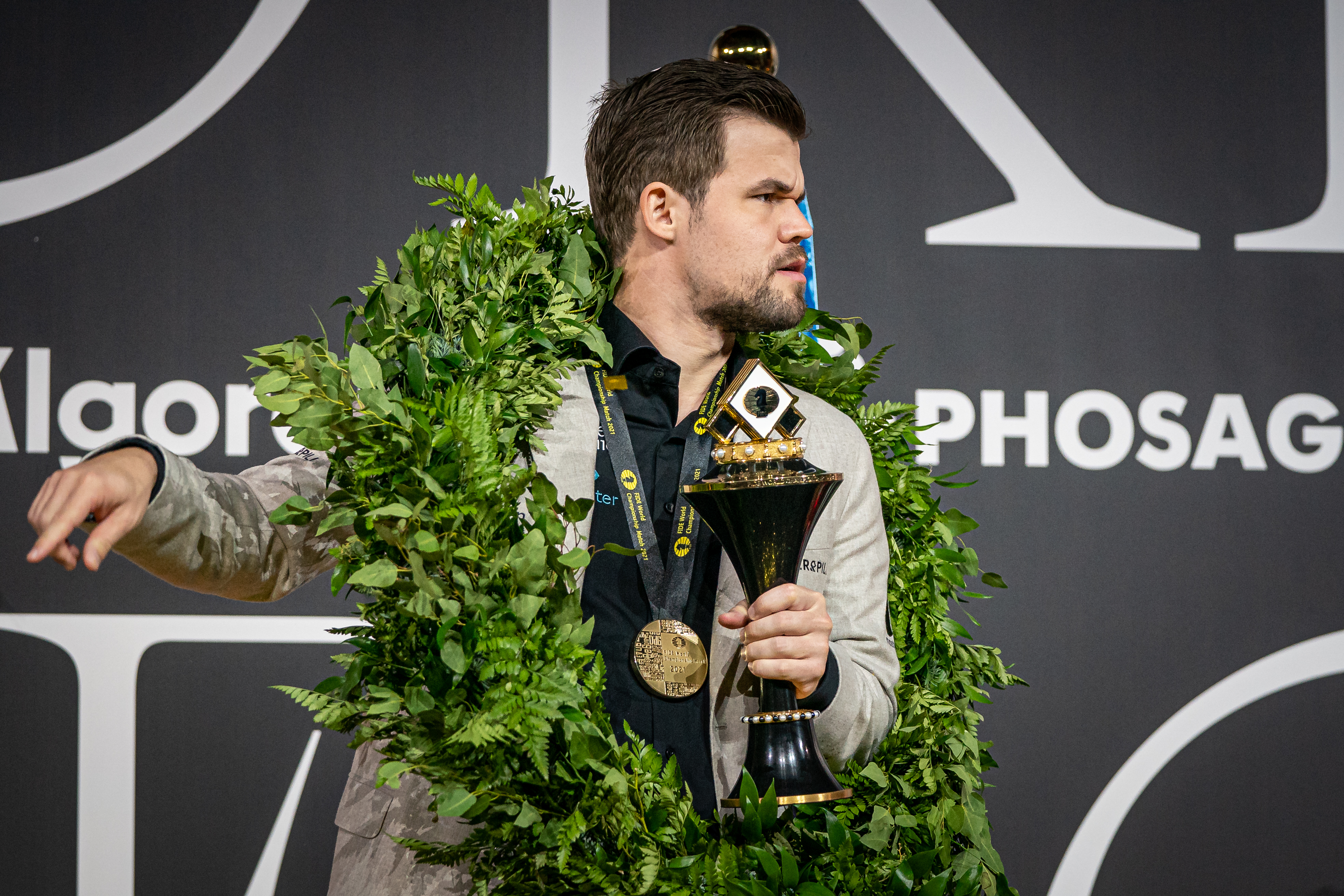 Magnus Carlsen, 31, takes his problems to motivate himself to the extreme: “It is unlikely that I will play the next match for the World Championship if the winner of the Candidates Tournament is not Alireza Firouzja,” said the champion on Tuesday in Dubai in a podcast for one of its sponsors, Unibet. In recent statements, the Norwegian said that the meteoric progression of the French-Iranian, 2nd in the world at 18, is his main stimulus. In any case, Carlsen has no intention of quitting chess; would continue to compete after relinquishing the crown.

Henrik Carlsen, Magnus’s father, confirmed to EL PAÍS that this translation of what his son says in Norwegian is correct. The next match for the world title is scheduled for February 2023. The Candidates Tournament is due to take place in June-July 2022, and Madrid is the strongest bid so far. Six of the eight participants are already known: in addition to Firouzja, Carlsen’s last three challengers (the Russians Niepómniashi and Kariakin, and the American Caruana), the Azerbaijani Radyábov and the Polish Duda. The other two will come out of the FIDE Grand Prix (three tournaments scheduled for the first half of 2022 in Berlin). The main favorites are the Chinese Ding, the Dutch Giri and the Americans Aronian (recently nationalized) and So.

Carlsen, champion since 2013 and number one since 2010, explains his decision like this: “I’ve been thinking all year that this match would be the last. The joy I felt when I won it is much less than in the first ones. The positive part of achieving it does not outweigh the negative ”. And the Scandinavian concludes: “I want to leave the crown when my reign is unquestionable.”

However, Carlsen clears all doubts about his future in high competition. And he poses two challenges: exceed 2,900 points (he now has 2,865) on the world list, which practically forces him to win every tournament he plays; and to break the most stratospheric mark in Gari Kasparov’s legacy: to be number one for twenty consecutive years.

Now some sentences from his interview with this newspaper on the 24th are fully understood: “Honestly, I don’t enjoy the World Championships as much as I do the tournaments on the international circuit. In the World Cup it is basically about keeping the crown. I admit that the latter is very challenging, but it is also tremendously demanding. It’s nice to be here, with all the paraphernalia that surrounds a World Cup. But frankly, I could live without it. ” And even more this one: “My intention is to continue playing chess for many more years, even if I am not a world champion. In that case, keeping number one would be the fundamental objective ”.

Carlsen, who has confirmed his participation in the Rapid and Blitzkrieg World Championships from December 26 to 30 in Warsaw, Poland, insists on praising Firouzja and how impressed he has been by his latest results. If you have his inexperience and the technical gaps that he still shows, the objective probability that the now Frenchman wins the Candidates against seven very tough rivals is low. But Firouzja’s career and brilliance from the age of 12 are very similar to Carlsen’s. They both deserve the label of geniuses without any exaggeration.