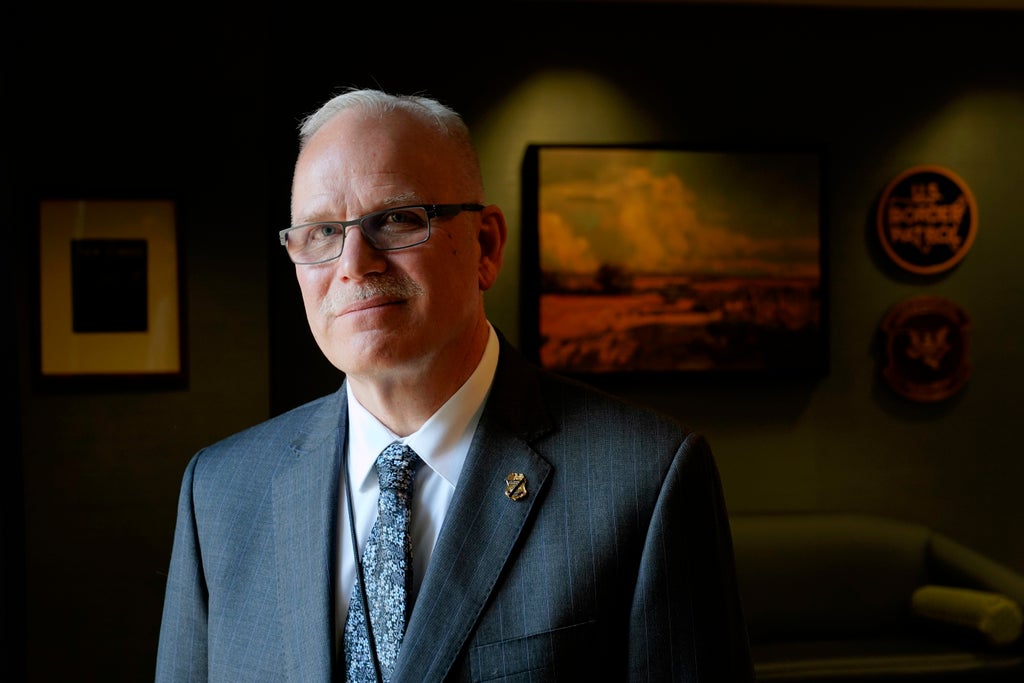 A strained Border Patrol is getting increased attention from the Biden administration after tense meetings between senior officials and the rank-and-file while the agency deals with one of the largest spikes in migration along the US-Mexico border in decades.

Mayorkas also issued a memo vowing to push for more prosecutions of people accused of assaulting CBP personnel in the course of their duties, an issue raised at a recent meeting in Laredo, Texas, and elsewhere, Magnus said Tuesday.

“That’s something that agents in the field want to hear because assaults are on the uptick,” Magnus told The Associated Press. “We are not just seeing folks who are fleeing to the US to get away from conditions. We are seeing smugglers, members of cartels, and drug organizations that are actively engaged in doing harm.”

Efforts to deal with working conditions for agents come as President Joe Biden have been criticized across the political spectrum over immigration. He has sought to reverse many hardcore policies of his predecessor but has come under fire over the situation at the border that could cause trouble for Democrats in the midterm elections.

CBP encountered migrants from all over the world about 1.7 million times along the US-Mexico border last year. The total, among the highest in decades, is inflated by repeated apprehensions of people who were turned away, without being given a chance to seek asylum, under a public health order issued at the start of the pandemic.

See also  López Obrador's controversies with Spain: from "ask forgiveness" to the King to "Repsol does not pay me"

Immigration advocates have condemned the administration for not repealing the public health order, known as Title 42, while critics, including many Border Patrol agents, say a Biden policy of allowing children and families to stay in the country and pursue asylum has encouraged irregular migration.

Magnus said the agents, and the administration, are just trying to manage a complicated situation.

“We’re seeing folks that are encountering political conditions and violence, unsafe conditions to live and work, at unprecedented levels,” the former police chief of Tucson, Arizona, said in an interview, the first since he was sworn in Friday. ” We’ve seen, for example, in places, earthquakes or other environmental conditions.We’re seeing unprecedented levels of poverty.All of these are things that are in many ways, you know, pushing migrants again at high levels to this country. ”

The administration has sought to address the cause of migration, including by increasing aid to Central America and re-starting a visa program that was ended under President Donald Trump. It has also sought assistance from other countries, including Mexico, to do more to stop or take in migrants.

As the overall numbers have increased, and the administration has decided to allow many families to stay and seek asylum in a process that can take years, some Border Patrol agents have grown disenchanted as they spend their shifts processing and transporting people, not out in the field.

That frustration boiled over in Laredo as agents met late last month with Mayorkas and Border Patrol Chief Raul Ortiz, who acknowledged morale was at an “all-time low,” according to a leaked video published by the Washington Examiner. One agent complained about “doing nothing” except releasing people into the United States, referring to the practice of allowing migrants to remain free while their cases wind through immigration court.

At another meeting, in Yuma, Arizona, Mayorkas told agents he understood that apprehending families and children “is not what you signed up to do” and that their jobs were becoming more challenging amid an influence of Cubans, Nicaraguans and Venezuelans, according to video published by the conservative website Townhall. One of the agents turned his back on the secretary.

Magnus has heard similar concerns raised in meetings. “I think it has been difficult for many of them who spent most of their careers or anticipated that their careers would be largely working in the field, on the border,” he said.

The commissioner declined to specify the 19 areas where Mayorkas “wants to see improvement,” because they have not been publicly released. But another official, speaking on condition of anonymity to discuss an internal document, said they include expanding the role of a new class of civilian employees to add tasks such as transporting migrants to medical facilities so agents can return to other duties.

Another point calls for faster decisions on asylum cases at the border. Agents have expressed frustration that asylum-seekers are freed in the US, often for years, while their claims make their way through a system backlogged with about 1.6 million cases.

Magnus said he hopes to expand mental health services for agents and provide additional resources to help them and their families cope with a stressful job that requires them to move often.

“There is never one simple solution to addressing morale at any organization, but I absolutely appreciate the very challenging conditions that the men and women of the Border Patrol and CBP in general have been working under,” he said.