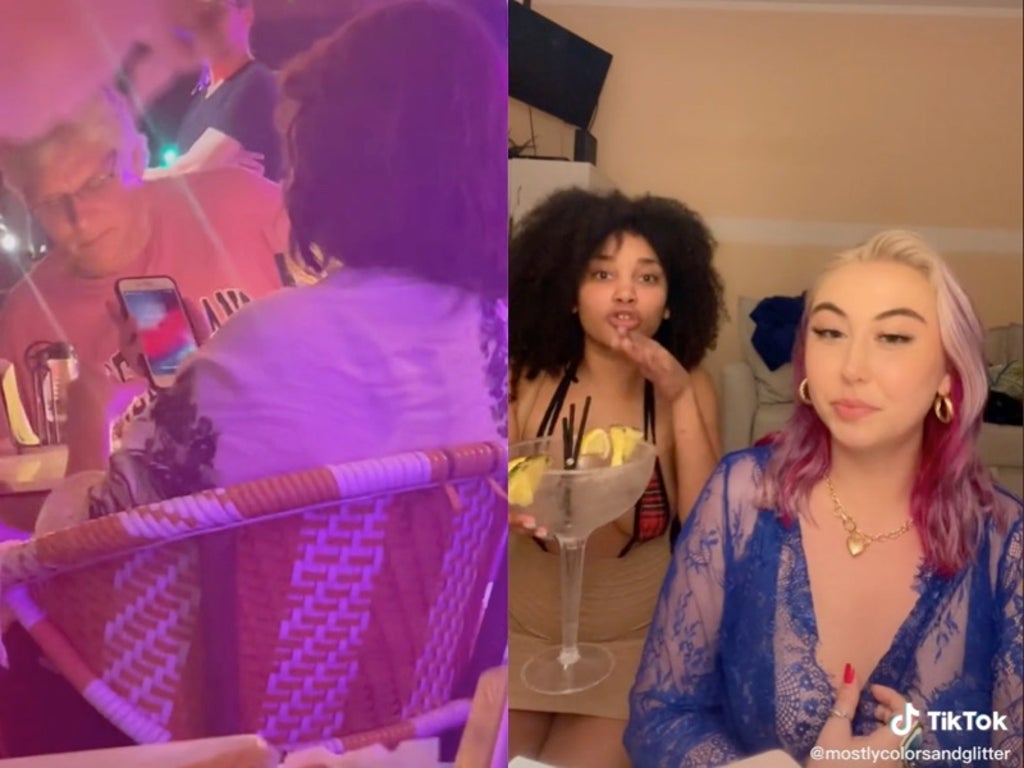 Two women have called out a middle-aged woman after she shamed them for wearing bathing suits and coverups to a restaurant while on vacation.

In a video posted earlier this month, one of the women, who goes by the username @mostlycolorsandglitters, shared a clip from the interaction that took place in a Miami, Florida, restaurant.

In the clip, which includes profanity, a middle-aged couple can be seen sitting at a table behind the women before the older woman turned around and told the pair: “I’m very sorry for you. I’m very, very sorry that you have to show yourself like that.”

The two friends then shared the story behind the clip, with the TikTokers explaining that the incident occurred in the downstairs restaurant of their hotel.

“This is what we’re wearing, this is the vibe, we had just come from the beach,” one of the women then explained as the pair showed the outfits they had on for dinner, which consisted of bathing suit tops and coverups.

After reiterating that it is Miami and that they were downstairs in their hotel, the friends explained that they had been having drinks when a club promoter came over to share a drink with them from an oversized martini glass. According to one of the women, to accommodate the promoter, she had to move her chair slightly into the restaurant isolate.

“I’m sorry you had to see my swimsuit for two seconds,” one of the TikTokers continued sarcastically. “I’m trying to move my seat.”

She said she had then proceeded to move her seat back to where it belonged, prompting her friend to encourage her not to let the man seated at the table behind them intimidate her. According to the friends, at that point, the man’s wife proceeded to turn fully around in her chair to stare at them.

“Long story short, this lady turns around and makes that face at us and I say: ‘Hey, if you’d like to take a picture, it would last longer,’” one of the women recalled, adding that the woman, who they identified as a “Karen,” then took out her phone to take photos of them.

According to the friends, it was at that moment that the woman made the comment about their clothing choices, to which they said they replied: “I’m so sorry you feel the need to comment on other people’s appearances when you are literally just out at dinner with your husband.”

The pair said they then decided to continue minding their own business, adding that they didn’t intend to let “this middle-aged couple ruin our f**king trip when we’re literally bad b**ches living our best life” .

“They proceed to get up and leave the f**king restaurant,” the friends continued.

The women captioned the clip: “F**k this Karen & her shaming us for our beach wear, this is truly a sign when someone is miserable with themselves.”

The video, which has since been viewed more than 159,000 times, prompted supportive comments from the majority of viewers, with many assuring the women that their outfits were appropriate, and that they should not have been shamed about what they were wearing.

“That is literally Miami culture. Karens need to be banned from every party area immediately,” one person commented.

Another said: “Girl people go to dinner like that in NYC. No beach needed. Why does it bother someone what a person is wearing? I don’t get it.”

Someone else acknowledged that the restaurant would have told the women if their clothing violated the dress code, adding: “If the restaurant did not have a dress code and they allowed you to sit/order, NO ONE should be saying anything to you.”