Donna Marshall said that even though her online dating profile attracts admirers she says once she mentions she mentions she lives with Parkinson’s disease, she would be met with awkward silences and ghosting

Single, in her late forties and looking to find romance after her 22-year relationship broke up, Donna Marshall reluctantly joined the fickle world of internet dating.

Her profile picture drew a string of admirers and her zest for life was compelling, but once she mentioned she lives with Parkinson’s disease, she would be met with awkward silences and ghosting.

“When I last dated, you could meet people in pubs or at a party and get to know them over time,” she recalls.

“Now it seems like it is online or nothing, but I found that guys would not return my calls once they knew I had Parkinson’s. Just because you have the condition doesn’t mean you are finished as a person, as a woman.”

Donna was diagnosed with the neurological disorder, which affects around 145,000 people in the UK, in her early 40s when she was having IVF treatment for a second child. Although a clear hereditary link has not been established, she is the third generation of her family de ella to develop the illness.

Have you got an inspiring story to tell? Email [email protected]

The condition causes Donna to shake, a symptom heightened with anxiety
(

She stopped having IVF and, soon after, her relationship with the father of her daughter, Beau, now nine, ended.

“When we separated I thought, ‘How am I going to meet anyone new?’” says Donna, now 52, ​​who lives in Tunbridge Wells, Kent.

“I felt lost and wondered how on Earth I was going to forge a relationship of any worth, and who would want someone with Parkinson’s?

“How do you have a sexual relationship with someone who’s shaking violently and cramping? Can someone with Parkinson’s even have an orgasm? My ex witnessed the change in me and, in a sense, felt he had lost part of me, which contributed to the split.

“I feared I would be single for the rest of my life. I couldn’t face dating, but a friend persuaded me. I put the fact I had Parkinson’s on my profile, but it didn’t go well to start with. People would ignore me or make contact and then disappear.”

The condition causes Donna to shake, a symptom heightened with anxiety. She also has to contend with side effects from medication. Pramipexole, part of a cocktail of 14 tablets she takes daily, is designed to reduce tremors and shakes but can also cause compulsive behaviour, such as heightened sexual interest and the urge to go on uncontrolled shopping sprees.

“For Halloween, I bought a 6ft-high ceramic pumpkin, a model of a skeleton that you could put your head through, and hired three professional dancers and a dry ice machine to stage a performance outside my house,” remembers Donna, who runs her own business.

“It was ridiculous, but I couldn’t stop myself. I also regularly spend money on clothes I don’t need.

“It is not easy or comfortable to deal with compulsions and I was worried they would put people off dating me.” 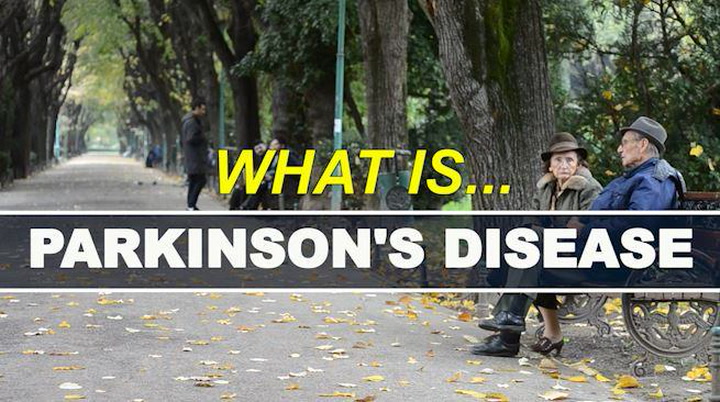 Many couples find their love lives under severe strain from the physical symptoms and the psychological impact of a Parkinson’s diagnosis.

Jennifer Taylor, a Parkinson’s UK Helpline Service Manager, says, “Opening up to someone else about Parkinson’s is a very personal decision. Some may not see it as an issue, but others may be anxious about it.

“It can affect self-esteem and may lead some people to avoid romantic situations completely, which can be very isolating.

“If you’re single, Parkinson’s shouldn’t stop you dating or beginning a new relationship. At some point, you’ll need to decide whether to tell a new partner about your condition and how and when you’ll have this conversation.

“You can’t decide for someone else if they want a relationship with you, so be yourself and see what happens.

“Some people may be put off by knowing you have Parkinson’s, but lots won’t – you may be surprised.”

Happily, Donna has now found love and is living with 50-year-old Keith, who works in finance. “The first date didn’t go so well as I was nervous, so I over-medicated to control the shakes,” says Donna. “It stopped the shakes, but made me sway around, which wasn’t a good look. But he loves me for who I am, and the relationship works.

“I’ve realized that Parkinson’s changes you, but it doesn’t change you completely. With some of the symptoms, such as shaking, it is a condition you wear for all to see, but it doesn’t define you or change your heart.

“If you are honest and open from the start, then Parkinson’s will not be the problem for your relationship.”

Donna, who runs and goes to the gym to help her body cope with the symptoms, believes more research is needed to find treatments and a cure for Parkinson’s, and that greater public awareness will mean people with the condition don’t find themselves isolated and lonely.

“I’ve seen my nan Maud and my mum Margaret both suffer, and it would be great to see more progress on the medical front,” says Donna.

“Keith and I are now living together and our relationship is proof there is love out there and that people can love you for who you are.”

Cannabis could hold key to preventing neurodegenerative diseases like Parkinson’s