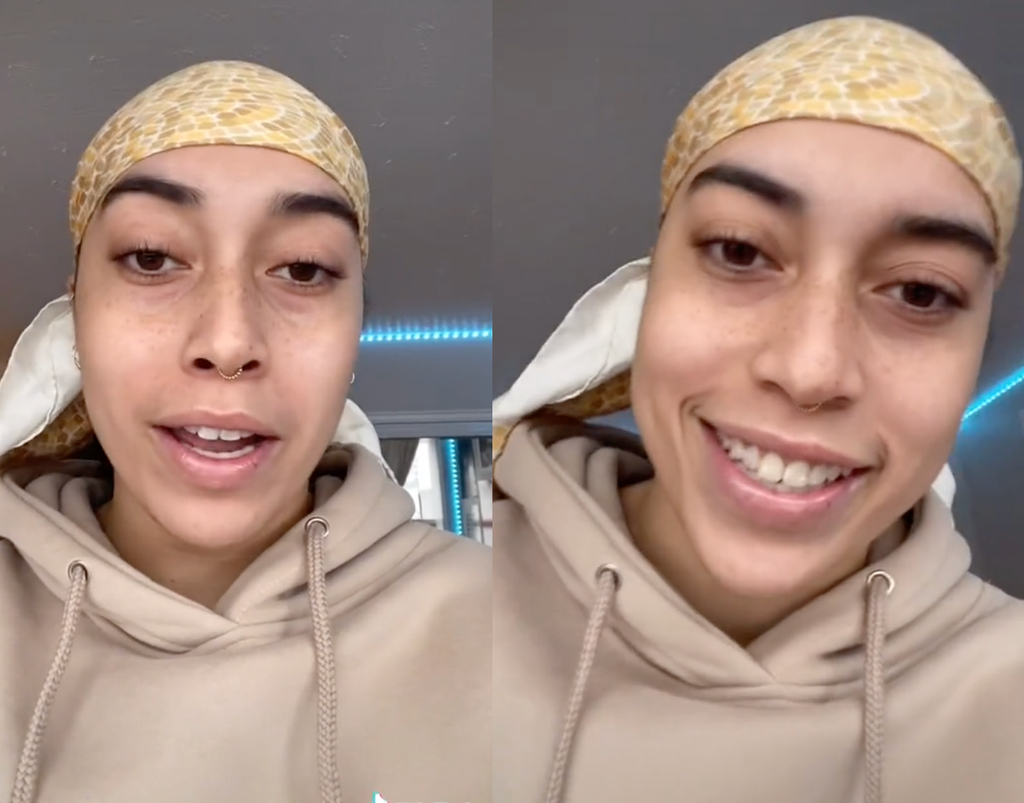 A woman has sparked a debate after revealing why she thinks women shouldn’t have to pay when they go on a date with a man.

In a TikTok video posted last November, Kiera Breaugh claimed that men shouldn’t expect a woman to split the bill on a date. And if they do, it is an “effect of patriarchy”.

“One of the most insidious and ridiculous effects of patriarchy is that women literally pay 50/50,” Breaugh said.

In addition, she stated that compared to men, women do not receive 50 percent of the “money”, “security”, “privilege” or “space”.

“But pay, pay equal amounts even if you don’t have the same right,” Breaugh added. “Do you understand how ridiculous that is?”

He went on to claim that asking a woman to split the check on a date is a way for men to “pretend women are equal, before they are equal”.

“Men benefit from saying, ‘Oh yeah, I’m a feminist, I think women pay 50/50 on dinner dates,'” she explained. “And that’s the only time they believe in equality.”

The video has over 480,100 views so far, and TikTok users in the comments agree with Breaugh’s point, stating that men never want to share other responsibilities with women, such as “housework.”

“A lot of men just want 50/50 financially, but it’s never 50/50 housework or parenting,” one person wrote. “Or worse yet, equal rights, equal fights.”

Another person said: “Earning less money than a man, working the same number of hours, having to do 90 percent of the housework… 50/50 is a scam.”

Many viewers also stated that if a man doesn’t cover the check on a date, it could be a possible red flag.

“Dating is for showing off the best parts of relationships,” one viewer wrote. “If he’s having trouble going out to dinner and paying for you now, it’s only going to get worse once he’s married.”

However, there were also those who argued that men should not be forced to pay.

“Just pay for your food dear. Don’t depend on a man,” one person wrote, while another said, “I feel sorry for women who think like that.”

While speaking to Buzzfeed on Jan. 26, Breaugh argued that women who pay for half a date are an example of patriarchy because men “don’t have to court.”

“And the whole purpose of courting in the first place was because somebody decided that women weren’t allowed to have jobs, credit cards, or land of their own,” she continued. “The effects of that are filtering through today, and there is still a pay gap, so it doesn’t make sense that women have to pay 50/50 before they get paid 50/50.”

According to the Pew Research Research Center, data shows that the gender pay gap has pretty much stayed the same for 15 years. After analyzing an analysis of full- and part-time workers from 2020, the center found that women earned 84 percent of what men earned. If women earned as much as men in 2020, they would have had to take on “an additional 42 days of work.”

Breaugh also clarified to Buzzfeed that in certain circumstances, such as when a woman earns more than a man, she thinks splitting the cost of something is justified.

“Women don’t make as much as men, so in general, if men are asking you out, I think they should foot the bill,” she said. “If a woman makes a lot more money than her partner, she obviously should contribute to the rent.”

“If you’re in a partnership, and when things become long-term, I think it makes sense to be based on income, maybe, so whoever earns more [pays more],” she added.

According to the Harvard Business Reviewpeople should be “open about the money from the start” and should not make assumptions about who will pay for the date.

“If you want to take care of the check, it’s best to first gauge how the other person feels about it,” the post says. “For example, you might say, ‘How should we handle the account? I know these conversations are a little awkward, but I’d love to cover them if you don’t mind.

“Similarly, if you want to split it, you can suggest, ‘Do you mind if we split it in half?'”