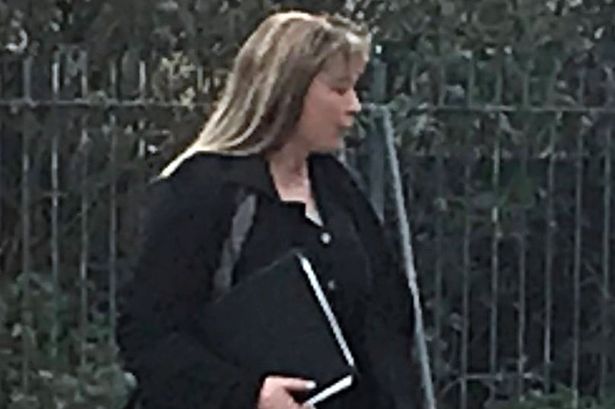 A woman falsely claimed to be a doctor at the scene of an electric bike accident, a court has head. Joanne Graham stopped her car at the scene, treated the casualty and even suggested calling an air ambulance in de ella despite the fact an experienced nurse called it “unwarranted”.

The 47-year-old, of Mount Terrace, Corwen, denied pretending to be a medical practitioner by “willfully and falsely using the title of doctor” during her trial at Llandudno Magistrates Court. She claimed to have numerous qualifications including one for “battlefield” treatments, the court heard.

She introduced herself as a “trauma medic” after cyclist Martin Jones fell from his bike and ended up two feet down a ditch on the side of Green Lane in Corwen on June 27 last year. She had brought two large bags of medical equipment and clipboard, cut off clothing and gave the patient an oxygen mask, Wales Online reports.

Despite this, the magistrates said it was clear she had wrongly identified herself as a doctor and fined her £600. She must also pay £750 costs and a £60 surcharge.

Prosecutor Adam Warner said Graham had stopped her car that day and offered to help as others did. Witness, Detective Constable David Buckley, who was off duty and walking his dog, told the court: “A blue Land Rover Freelander stopped. A lady in boots, jeans and a shirt got out and said ‘I’m a doctor’.”

He added that he felt “relieved that another medical professional was now on scene.” Another witness Police Constable Bethan Williams, who is DC Buckley’s partner and was also off duty, told the court the defendant “stuck her head out of her (of her car) and said ‘I’m a doctor, can I assist?’”

PC Williams informed the court that she took out “what I perceived to be a red medical bag” full of medical equipment and bandages. Another witness, Karen Jones, further told the court her son de ella, who was with his de ella Uncle Martin, rang about her brother’s accident.

She then found her brother, who she said has a prosthetic leg, in a V-shaped ditch. She also told the court that several people were there and the defendant called herself a “trauma doctor.” She said she felt relieved someone “so important” was there.

She denied in cross-examination that Graham had introduced herself as a “trauma medic” The court heard Mr Jones had a superficial head injury, which was bleeding, as well as a fractured wrist – he was aware at the time. Another witness, Helen Counsell, a former District Nursing Sister and former Investigations Manager of Serious Incidents at Wrexham Maelor Hospital told the court she is “100 per cent sure” the defendant claimed she was a doctor.

She said the defendant cut the clothing over Mr Jones’ chest and abdomen but her examination was “cursory”. She also suggested they need a “heli” but Mrs Counsell thought that it was “not warranted” in her professional opinion of her.

Mrs Counsell later spoke about the incident with her husband, a consultant anaesthetist. The court heard she phoned PC Williams the following morning to raise her concerns about her. PC Williams carried out inquiries but could not find Graham registered with the General Medical Council.

Graham was arrested on July 9 at her home on suspicion of impersonating a doctor. She told police she denied saying she was a “trauma doctor”. She has now told Llandudno Magistrates she is an Incident Commander, including being a Site Medic, in a major accident and emergency response team for her employer.

She had a qualification for casualty care in mountain rescue but this expired in 2019 as well as a life support qualification, which started in 2019. She told the court: “I slowed down and could see a casualty in a ditch with quite substantial bleeding to the head.I wound the window down and said ‘Do you need any medical help, I’m a medic?’ She said to others ‘”Hi, I’m Jo. I’m a medic. I’m from Mountain Rescue.”

Her solicitor Cath Jagger her: “Did you intimate you were a doctor? Ms Graham asked: “Never at any point.”

Her solicitor asked: Did you want people to think you were more qualified than you actually are?” “No, not at all.”

But prosecutor Adam Warner quoted the University of Cambridge dictionary definition of medics as “a doctor or medical student.” He pointed out four witnesses including two police officers and a retired nurse, all heard her say she was a doctor.

In cross examination, he said: “Are you saying that all four of those witnesses, who independently stated you introduced yourself as a doctor, are you saying they are all wrong? “Yes.”

He asked her if she was “living in a little bit of a fantasy world?” She denied the claim.

Magistrates chairman David Davies said three independent witnesses were credible in saying she identified herself as a doctor. He said: “We therefore find you guilty beyond reasonable doubt of the charge of pretending to be registered by taking the name or title of a medical practitioner.”

See also  How a UN group plans to tackle greenwashing