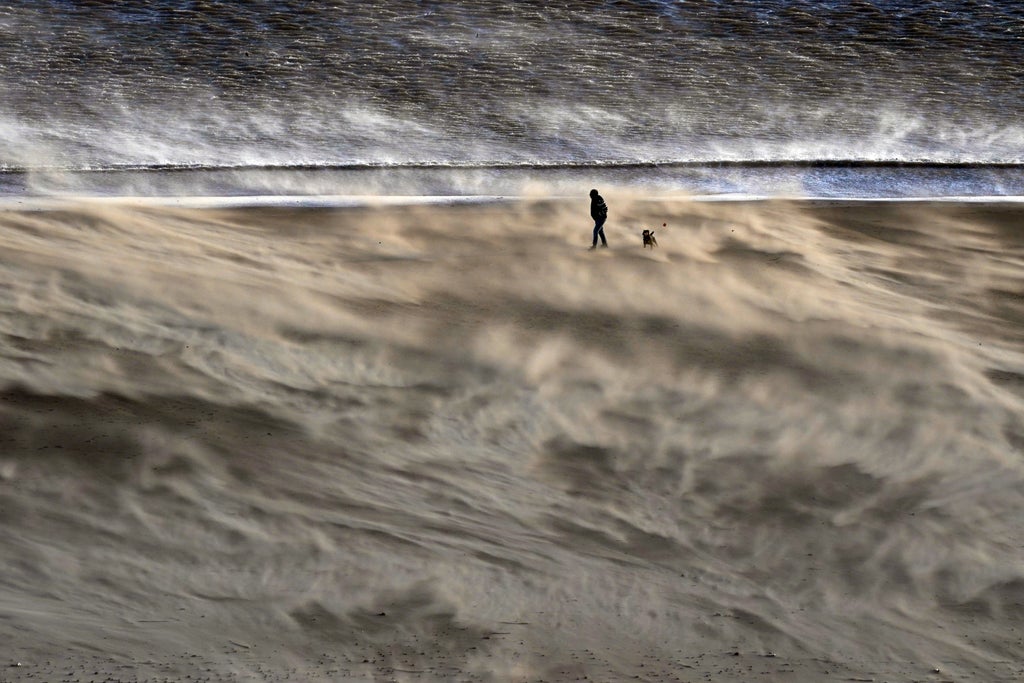 A woman was killed by a falling tree as strong winds from Storm Malik hit the north of the UK.

Police Scotland confirmed a 60-year-old woman was fatally injured by an uprooted tree in Aberdeen.

Winds of over 100mph have been reported in parts of Scotland, with widespread disruptions to travel and power supply.

Weather warnings are in effect across Scotland, the north of England and parts of Northern Ireland for most of Saturday due to high winds and rain.

A Police Scotland spokesman said: “Emergency services were called to Deveron Road in Aberdeen at around 10.30am on Saturday 29th January to report the sudden death of a 60-year-old woman.

“There are no suspicious circumstances. A report will now be sent to the Public Prosecutor.”

On Saturday morning, STV broadcaster meteorologist Sean Batty tweeted: “An extreme gust of 147mph was recorded at the summit of Cairngorm an hour ago.

Power supplies and mobile phone coverage have been affected, with Northern Powergrid saying: “Storm Malik is causing disruption to our network as it continues to move through our operating area.

“Our crews are responding, restoring power through alternate routes on our network where possible, assessing damage and coordinating repairs where conditions allow.”

He said customers should keep a battery or wind-up torch handy and keep mobile phones fully charged, and people should also watch out for downed power lines.

Network Rail Scotland said it would introduce some speed restrictions for safety and would have additional staff equipped with chainsaws across the network to deal with blocked tracks.

On Saturday morning it said downed trees had caused numerous services to be cancelled, including Inverness to Thurso, Perth to Aberdeen, Aberdeen to Dundee and Glasgow Queen Street to Oban.

Two Scottish Premiership games have been postponed, with matches between Aberdeen and St Johnstone and Dundee and St Mirren canceled due to stadium safety concerns.

A statement on Aberdeen’s website read: “Today’s game against St Johnstone has been postponed due to storm Malik and security concerns around the stadium.

“We have been working closely with the emergency services and the SPFL throughout the morning, closely monitoring the situation in the hope that conditions will improve to allow the game to be staged, but ultimately the safety of the fans. fans, players and staff is our primary concern and we would ask everyone to continue to adhere to the guidance being provided by Police Scotland.”

The Scottish Premiership confirmed that Dundee’s game at Dens Park was called off due to high winds.

The championship game between Arbroath and Partick Thistle was also canceled with no new dates set for the games.

Paul Gunderson, chief meteorologist at the Met Office, said: “Impacts from Storm Malik will be strongest in Denmark on Sunday, but the storm’s track in the hours before means the UK will take an oblique hit as Malik moves . east on Saturday.

“For those in the north of the UK, there will be strong winds and rain on Saturday, with showers possibly turning into wintry in the northern highlands.

“The strongest winds are expected in exposed coastal areas in the north and east of Scotland, but it will be a blustery day for most.”

More very strong winds are expected as another low pressure system moves through the northern areas on Sunday, with some snow possible in parts of Scotland.

A further yellow wind warning is in place for the north of the UK from 6pm Sunday to noon Monday.