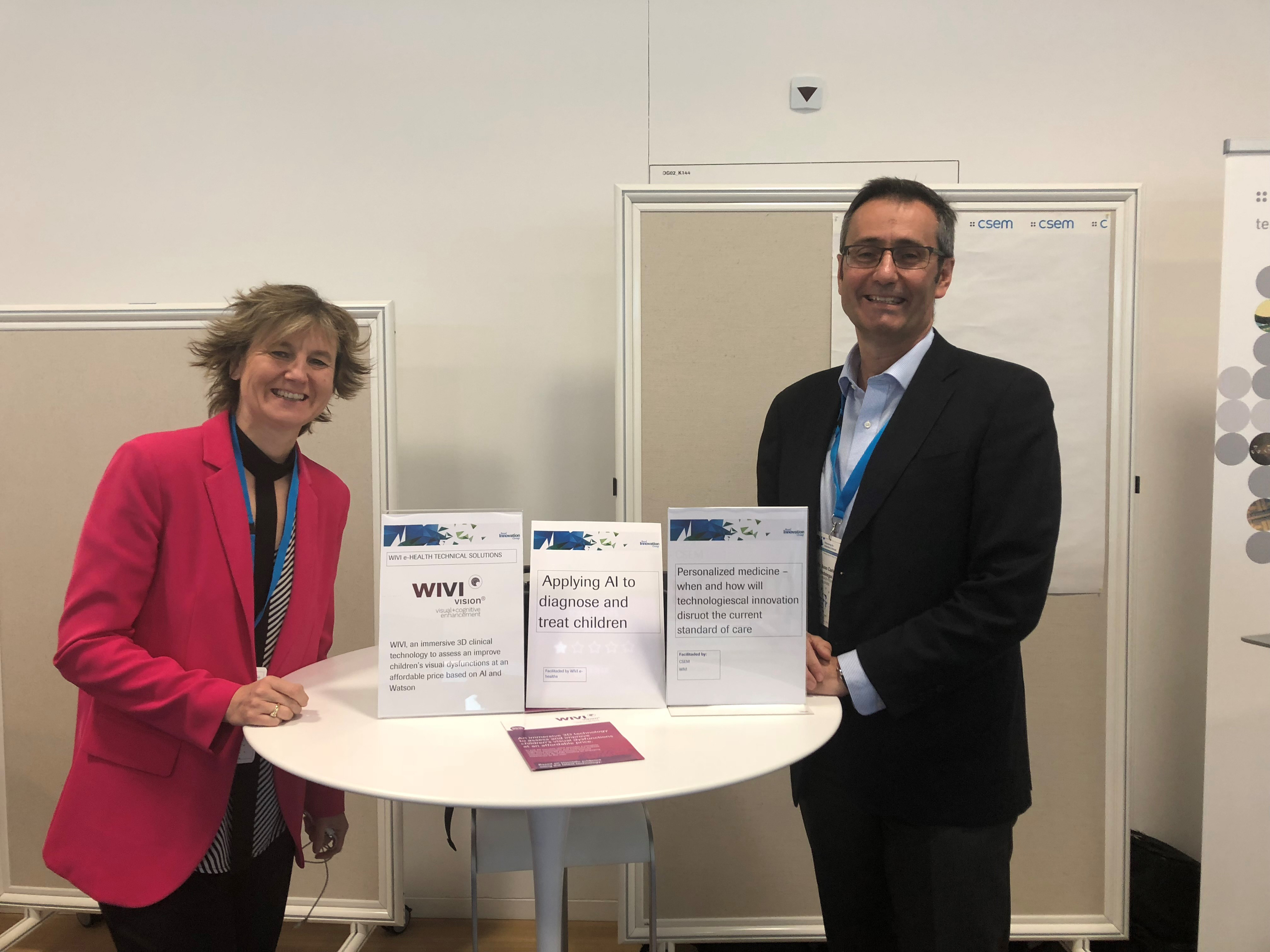 Vision therapy addresses the neural and psychic dimensions of cognition. An area in which few professionals specialize and where there is little commercial innovation, but which includes common dysfunctions such as amblyopia or ‘lazy eye’, highly prevalent in children and usually corrected with the well-known patches, or the loss of distant vision caused due to high exposure to screens, often confused with myopia.

The Barcelona optometrist Juan Carlos Ondategui and the Navarrese telecommunications engineer Eva García created Wivi Vision in 2016 with the aim of obtaining profitability in this segment. To do this, they started from clinical knowledge that was already available. “The main need of the professionals was that of a mechanism to measure objectively, both when evaluating and observing the effects of corrective exercises,” explains Ondategui by video call. This led them to develop a platform, which for the user is a 3D video game, with which they allow optometrists to follow the evolution of dysfunctions and offer therapy to patients.

“Although we have a wide radar, logically we are focused on the most prevalent,” says the entrepreneur, who offers a measure of business potential: 25% of the population, he says, is affected by some type of non-optical visual alteration.

The innovation they have developed, patented, focuses on “using artificial intelligence to plan training in an integrated way,” says García. They also defend being pioneers in the use of immersive 3D in visual therapy.

From disparate trajectories, García and Ondategui met in 2013 in a professional project. She had worked for the wind (Gamesa) and automotive (TI Automotive) sectors managing technological developments and in charge of business responsibilities; he had three decades of clinical experience. It was three years later when they joined forces, after the entrepreneur’s idea of ​​departure clicked when she saw in the United States a solution from another area “with some point in common.”

Wivi is present in 30 spaces, most of them opticians, and had a turnover of 100,000 euros in 2020, although its founders predict that the new implantations will allow them to close 2021 with revenues of between 500,000 and 800,000 euros. They target optical groups because they see a greater commercial volume in them than in clinics, and they have contracts with two important players in the sector, Natural Optics and Cione, which have a total of 1,700 stores in Spain and Portugal.

An objective that they set at the beginning was to shorten the time of the therapies. Today, they manage to reduce the usual six to eight months to just under three. “A slow service, with the consequent associated costs, would have been our downfall,” explains Ondategui. It refers to the fact that things had to be made easy for opticians, accustomed to dispatching products rather than entering for services. Also to facilitate the monetization of professionals, they prefer a classic model of equipment sales and annual license fees. “Our initial proposal was that it be paid based on the service provided by the platform, but the sector is not there yet. For now, it is investing in instrumentation to get profitability later, ”says the founding partner.

The pandemic has had an ambiguous effect on the company. It hit when they began to market, and for that reason they have had to “readjust payments to favor the customer,” García concedes. The founder of the company believes that they are now strengthened by “the greater relevance” that visual health has acquired after the confinements. Wivi has 10 employees, expects its first earnings for 2022 and has received 2.5 million euros of financing in public and private contributions, of which “a very notable part” has come from the pockets of its founders. Their economic implication comes from the fact that they are not entrepreneurs in unknown terrain. “We see this project as a natural continuation of our trajectories”, justifies the businesswoman.