Skip to content
Home News With UK nationals told to flee Ukraine, what is behind the tensions with Russia? 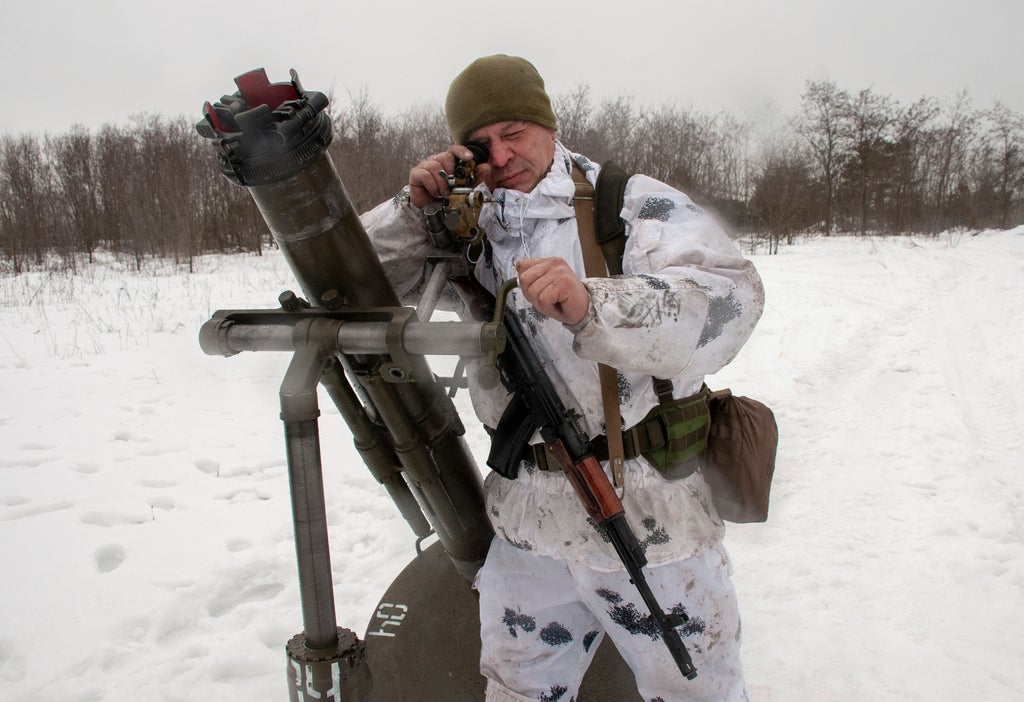 Foreign Office advice has been changed to urge UK nationals to immediately leave Ukraine by commercial means while they still can.

With other Nato allies issuing the same advice to their citizens, the shift represented a heightening of concerns in the West that Russia could mount an invasion.

– What is the cause of the tension in the region?

The current difficulties date back to the overthrow in 2014 of the pro-Moscow Ukrainian government of Viktor Yanukovych, prompting fears in the Kremlin that the country was moving into the orbit of the West.

– Why is the West so concerned now?

For months, the US and other Nato allies have been warned of a massive Russian military build-up on the Ukrainian border, triggering fears that it is preparing another incursion against its southern neighbour.

Latest estimates suggest Moscow has 130,000 troops massed in the border region and in neighboring Belarus, close to the strength some analysts believe would be needed to mount a full-scale invasion.

Russian and Belarus forces are embarking on large-scale military exercises which, some believe, could provide cover for an attack.

– Will the West intervene militarily if Russia does attack?

It is very unlikely. Ukraine is not a member of Nato and so there is no obligation on alliance members to come to its defense and there is little appetite in Western capitals for a military conflict with Moscow.

Some allies have been sending military support to Kyiv – Britain has dispatched 2,000 anti-tank missile launchers and a small group of military trainers, but they are expected to leave over the weekend.

There have also been moves to bolster alliance forces in Nato’s eastern members – with the UK sending additional troops to Poland and Estonia.

However, the main response has been the threat of crippling economic sanctions – including measures targeting the private wealth of President Putin’s cronies in the West.

– How has Moscow responded?

Mr Putin has repeatedly insisted that Russia has no intention of carrying out an invasion.

He has however issued a series of demands intended to curb the influence of the West in Eastern Europe, in what Moscow traditionally regards as its sphere of influence.

They include calls for guarantees Nato will not admit any new members – including Ukraine – and the drawback of alliance forces in the region.

– What is the reaction to that in the West?

Nato has been adamant it will not accept limits on the nations that it admits to the alliance.

Boris Johnson has however said there is “a conversation to be had” about force dispositions in eastern Europe.

More controversially, French President Emmanuel Macron, who held talks with Mr Putin in Moscow, has raised the idea of ​​the “Finlandisation” of Ukraine, with Kyiv becoming neutral in the way Finland was during the Cold War.

– And the advice to British citizens in Ukraine?

On Friday night, the Foreign Office said all British nationals in Ukraine should “leave now while commercial means are still available”.

But UK nationals were warned by armed forces minister James Heappey that the RAF would not carry out Kabul-style airlifts for any citizens who do not leave before fighting begins.

The White House has also urged US citizens to flee Ukraine, as have Nato allies Canada, Norway and Denmark, as well as non-alliance ally New Zealand.

With an estimated 130,000 troops on Ukraine’s borders, some analysts believe the Russian build-up has gone too far for there not to be some kind of military incursion.

Ultimately, however, it comes down to President Putin and what he calculates are the potential risks and benefits as the West struggles to put on a united front.