Skip to content
Home News With 25 candidates, Costa Rica’s election up for grabs 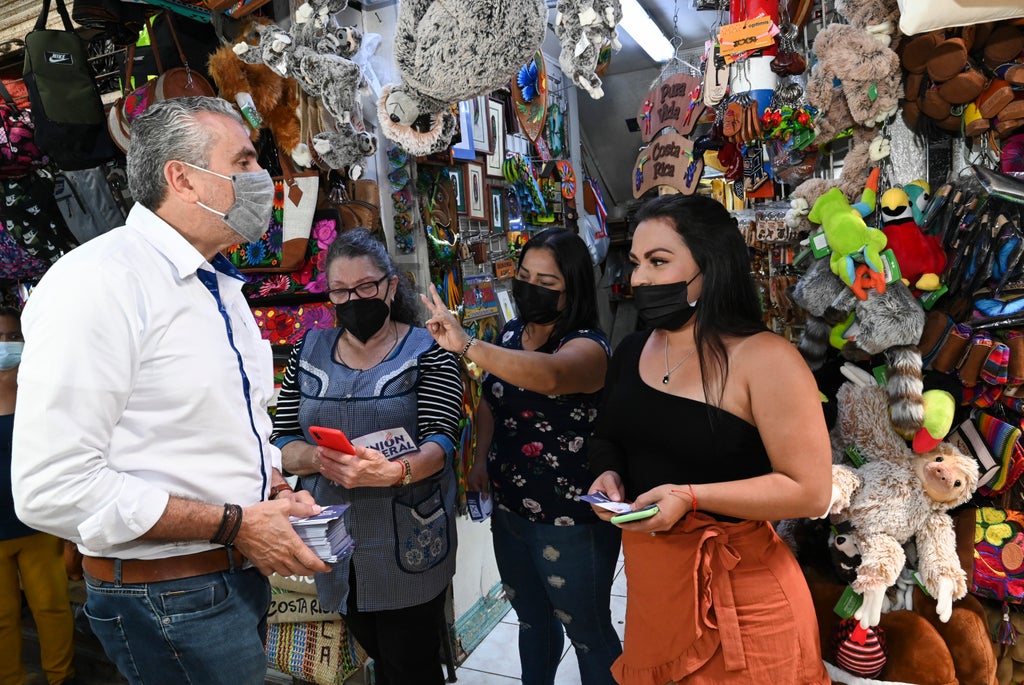 Costa Ricans head into national elections Sunday facing a dizzying array of 25 presidential candidates, no dominant issue to drive turnout and nearly one-third of those intending to vote saying they are still undecided.

Those factors make it highly likely that Costa Rica will hold a second round of voting on April 3 between the top two vote getters to determine its next president.

The last poll published Tuesday by the University of Costa Rica’s Center of Political Research and Studies showed that 31% people who planned to vote Sunday remained undecided and no one candidate polled above 17%. The poll surveyed 1,006 people by telephone between Jan. 27 and Feb. 1, and has a margin of error of plus-or-minus 3.1 percentage points.

“Many options are being left open, there are many possible scenarios,” said Ronald Alfaro, one of the center’s political scientists. “This is very much in the style of the elections we’ve had recently.”

At least in 2018, the diametrically opposed positions of now-President Carlos Alvarado and religious conservative Fabricio Alvarado propelled Costa Ricans to the polls. This time there is no dominant issue.

Costa Ricans are frustrated by high unemployment, recent public corruption scandals and another surge of COVID-19 infections, but no candidate has captured the public’s imagination.

Fabricio Alvarado, who lost Carlos Alvarado in a second round of voting four years ago, is running this time for his New Republic party. But he only garnered about 10% support in the poll.

Slightly above him is José María Figueres, candidate for the National Liberation Party founded by his father José Figueres Ferrer, who himself served as the country’s president on three occasions in the 1940s, 50s and 70s.

See also  Lloyds, Halifax and Bank of Scotland down as customers unable to make payments

The younger Figueres was Costa Rica’s president from 1994 to 1998, but has been questioned over a $900,000 consulting fee he received after his presidency from the telecommunication company Alcatel while it competed for a contract with the national electricity company. He was never charged with any crime and denied any wrongdoing.

Also among the contenders is another experienced politician, Lineth Saborío for Christian Social Unity. Saborío served as Costa Rica’s vice president during the administration of Abel Pacheco from 2002 to 2006.

Previously, Saborío led Costa Rica’s Judicial Investigation Department, which oversees criminal investigations. With that background she has tried to project herself as a strong figure, but her performance in debates has appeared to weaken her appeal.

The candidate for President Alvarado’s incumbent Citizen Action party is barely registering at 1%.

However, with at least 40% of votes required by a candidate to avoid a runoff vote the election remains very much up for grabs.

Costa Ricans will also select the 57 members of the country’s Legislative Assembly.

Turnout remains uncertain with new COVID-19 infections running around 6,000 a day. An election official had encouraged those infected to abstain from voting, but others have acknowledged there’s no way to keep people from exercising their constitutional right.