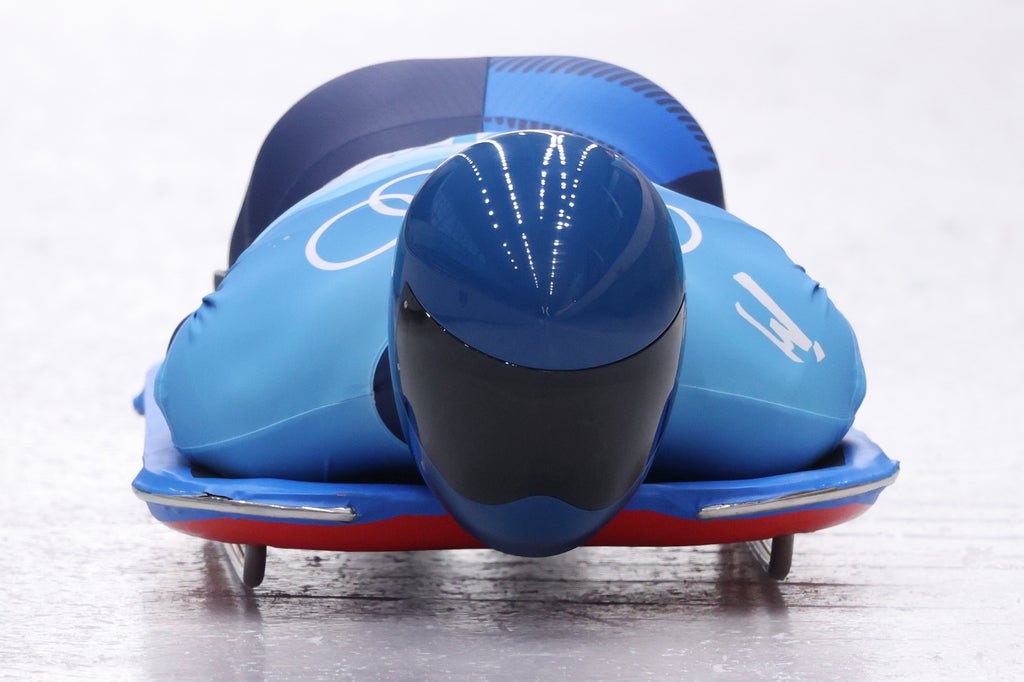 Team GB skeleton sliders Matt Weston and Marcus Wyatt didn’t shirk from their disappointment at sitting well off the pace at the halfway stage in Beijing.

Britain have had plenty to shout about in skeleton and with success comes financial muscle, more than £6m of it. Part of that package is pressure, most acutely from within.

Weston tied for World Cup gold with Germany’s world champion Christopher Grotheer in Igls in November, the first Brit to strike gold on the top-level circuit since 2008.

Britain’s sliders pride themselves on peaking perfectly for the Games but after the first two Olympic runs in Yanqing, Weston lay 2.16 seconds off Grotheer’s gold medal pace in 13th.

“I could probably look at it and look at about ten or 12 mistakes that I made and I’m really not happy,” said Weston. “It’s just a very, very fine margin for error.”

The Brits got 40 training runs at Yanqing National Sliding Centre, the only track in the world with a full 360 degree turn.

It is an exacting circuit where mistakes that might cost you a tenth of a second in Sigulda cause sliders to tumble down the standings.

“In one of the training runs, I slipped on my back. It’s one of those ones that doesn’t hurt but it’s very difficult to get it right.

“You have to bring those skills out at exactly the right time otherwise you either hit the walls or you’re off line.”

Performance Director Natalie Dunman spoke optimistically in the lead-up of top secret kit additions and aerodynamic research that was designed to pay dividends when it mattered.

Those are the fabled ‘one-percenters’, aiming to slice off a thousandth here and a hundredth there, not bridge gaps of whole seconds.

Wyatt must have thought he’d mastered the Yanqing track. He won silver at November’s test event when the world gathered to get the measure of a unique challenge.

Known for his consistency, Wyatt also favored the four-run Olympic format rather than the customary two runs in World Cup competition.

He ended the opening day in 17th place, nearly three seconds off the gold standard.

“It could have been Olympic tiddlywinks today and if I’d come fourth I would have been annoyed – that’s just who I am. I’m not going to lie and say I’m exactly where I wanted to be.”

If Team GB had 40 then China, who have never won an Olympic medal in skeleton, could have had up to 4,000 training runs down the track.

Wengang Yan, on whom there seems to be very little background information, sits in bronze medal position after two runs.

Wyatt believes the condition of the track has changed since November, a subtle shift that only the host nation has been equipped to control and master.

“We were last here in October and the general way tracks are maintained, putting the water onto the ice shape, it just changes over time”; he said.

“Some of the corners are behaving a bit differently but we’ve had training runs to try and get to grips with that so it’s not a big issue come race day.

“We will go away and look at the data, analyze the video and hopefully we can bounce back and pick up a few spots tomorrow.”