Skip to content
Home News Winter Olympics: Six of the best and worst moments in the games’ history 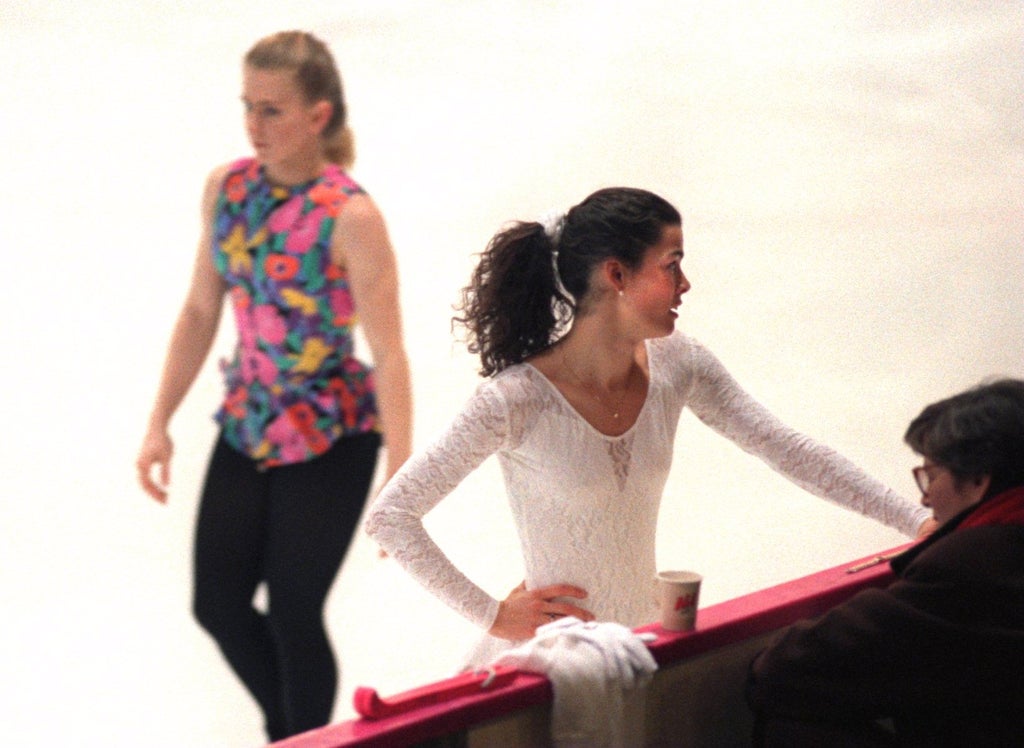 TOAnyone who regards the Winter Olympics as just the chillier, smaller sibling of the Summer Games would do well to remember not only how long and how hard the athletes and their countries work to get there, but how spectacular and often bizarre the results can be.

From physical attacks to failed self-funded semi-pros to come-from-behind gold medals, almost anything can happen. As the world prepares for the spectacle of the Beijing games, here are some of the strangest moments from recent years.

There is no story in the history of the Olympics, winter or otherwise, quite like the notorious attack on Nancy Kerrigan, specifically her right thigh.

The brutal assault itself, which was carried out by an inept associate of one of Ms Harding’s acquaintances, occurred in Detroit in January 1994 at the arena where Kerrigan was practicing for the US Figure Skating Championships. She ultimately recovered in time for the games in Lillehammer (the first time the winter games were held in a different year from the summer ones).

In the end, Kerrigan’s performance netted her a silver medal – defying the doomy predictions for her career after her injury, but in the process “tarnishing” her image with her perceived petulance, as The Independent wrote in 1994. “She left Norway before the closing ceremony of the Winter Games, called her own flawless performance, criticized the judging and made other less-than-gracious comments,” we said.

Harding, who would later be banned from skating over her supposed role in the attack, came in eighth after a struggle with a bootlace.

Tonya Harding fights with her bootlace in Lillehammer

The sight of Australia winning a gold medal in speed skating was one thing, but the circumstances were quite another. Steven Bradbury spent most of his race lingering in fifth place, keeping a steady distance from the rest of the pack until, on the last lap, the four of them stumbled over each other. Bradbury simply had to hug the inside of the track and glide over the line to come in first, in the process winning Australia’s first winter gold.

Leave it to the cross-country skiers to demonstrate sportsmanship at its best. As she barreled through the team sprint event at the 2006 games, Canadian Skara Renner broke one of her poles. Seeing a fellow athlete at risk of being stranded, the Norwegian coach, Bjornar Haakensmoen jumped in from her to hand her one of his own poles from her; While it was some 12cm longer than Renner’s, it was what she needed to vault herself into second place. In the process, she bumped Norway off the podium.

Canadians responded to Haakensmoen’s act of comradeship in true national style, with fans running a donation drive dubbed “Project Maple Syrup” to send him a full five tons of their country’s sweetest export. The Canadian and Norwegian governments agreed to waive import duties so Haakensmoen wouldn’t be hit with exorbitant fees for receiving the syrup, which he later described as “sweet, and a little unusual”.

The Winter Olympics has a tradition of self-funded underdogs, perhaps none more famous than the legendary Michael David Edwards – aka Eddie the Eagle – who in 1988 and 1992 represented the UK in the ski jump, a sport it had not competed in for 60 years.

In 2014, two spiritual successors to Edwards showed their faces in Sochi on behalf of Dominica, who had never sent anyone to the Winter Olympics before. But Gary di Silvestri and Angelica Morrone di Silvestri were not, in fact, from Dominica at all; they were a married couple from the US who bought Dominican citizenship and formed the National Ski Association of Dominica, ultimately qualifying to represent their new country in cross-country skiing.

Their dream, wings, turned into something of a nightmare. Angelica’s aspirations were thwarted when she skied into a fence and broke her nose, while Gary was laid low by food gastroenteritis. He managed to get to the start of his 15km race, but collapsed after 300 meters.

Four years later in Pyeongchang, South Korea, the games were graced by another self-funder: American-born Elizabeth Swaney, who thanks to a steady and determined approach to qualifying competed as a halfpipe skier for Hungary on the basis that her grandparents were born there. She attempted no notable tricks during her two runs and finished well behind a Danish rival who fell over twice.

Vancouver 2010: The death of Nodar Kumaritashvili

One of the most tragic events in recent Olympic history came when Canada took its turn hosting in 2010. During his final practice run, Georgian luge contender Nodar Kumaritashvili hurtled off an unwalled section into an unguarded metal steel pole. Traveling at over 140km an hour, he sustained fatal injuries and was pronounced dead at a hospital in Whistler.

After his death – chillingly caught on camera – a section of wall was added to the luge run to prevent further accidents. A moment of silence was held in Kumaritashvili’s memory at the Vancouver opening ceremony; the eventual gold winner, Felix Loch, had his prize melted down into two medals and sent one to his lost teammates’ parents.

Kumaritashvili was the second place to die while preparing for the Olympics. In 1964, at the Innsbruck games, British team member Kazimierz Kay-Skrzypecki was killed in a training run of his own.