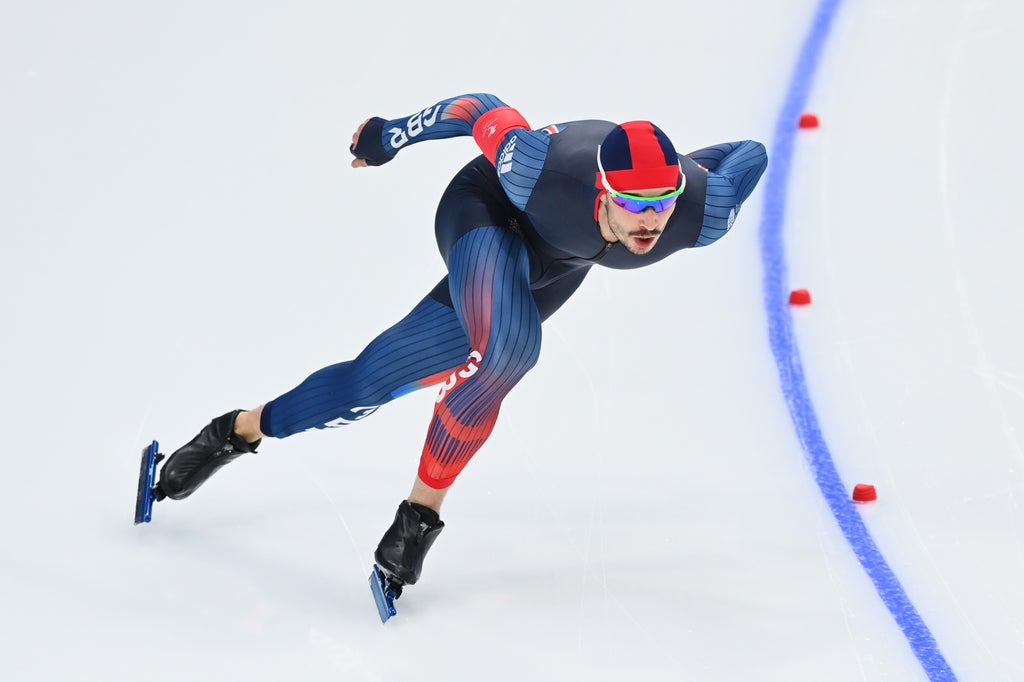 Team GB will hope to keep up its success in the final of the skeleton having won gold in the women’s event in every Olympics since 2006. In Beijing, Laura Deas will be out to match or improve on her 2018 bronze. Medals will also be handed out in the Ski jumping men’s large hill event and the women’s relay in cross-country skiing, where Norway and Sweden are the strong favourites, and GB’s Cornelius Kersten chases a medal in the 500m speed skating final.

After 12 years of hurt, team USA secured a stunning win against Canada in the preliminary round match. This was the first time since 2014 Sochi Games when the two North American countries face-off against each other, a game that Canada won 1-0. The Americans had last secured a win over their neighboring North American country in the preliminary round of the 2010 Vancouver Games.

The United States also won gold in the inaugural snowboard cross mixed team event at the Beijing Games, with Lindsey Jacobellis edging past Italian Michela Moioli in a nail-biting final race. This is the second gold for Jacobellis, 36 who teamed with 40-year-old Nick Baumgartner to win the title. She had taken gold earlier on Wednesday in the women’s snowboard cross title. Canada, whose female rider had crashed in the final race, caught up to win bronze.

GB’s Cornelius Kersten is currently competing in the 500m speed skating final, but the man to set the stadium alight is Gao Tingyu, the Chinese star who has just set a new Olympic record to lead the time standings. Kersten’s time is 12th in the standings, so no medal for the British skater.

Switzerland women’s ice hockey team secured a place in the semi-finals alongside Canada and the US, after they beat ROC 4-2 in the quarter-finals play-offs.

The fourth team to qualify would be decided later in the day after the match between Finland and Japan.

After 12 years of hurt, US beat Canada in Olympic ice-hockey match

Team USA beat Canada in an ice hockey olympics match for the first time in 12 years. Brendan Brisson,20, scored his second goal of the tournament and goaltender Strauss Mann made 35 saves to help the United States beat Canada 4-2 in men’s hockey at the Olympics.

The Americans and Canada faced off at the Olympics for the first time since the semifinals at the 2014 Sochi Games, the last time NHL players participated. Canada won that game 1-0 on the way to a second consecutive gold medal.

US snowboard coach, rider being investigated for misconduct

US Ski and Snowboard is investigating allegations of sexual misconduct by longtime coach Peter Foley and the use of racist language by Olympian Hagan Kearney, both of whom are in China this week.

Former snowboardcross rider Callan Chythlook-Sifsof, a member of the 2010 Olympic team, wrote in an Instagram post that Foley had taken naked photos of female athletes and made inappropriate comments, and that Kearney repeatedly used the N-word to “intentionally get under my skin.”

Chythlook-Sifsof is from Alaska and describes herself as Yupik and Inupiaq.

US Ski & Snowboard released a statement that said it “takes all allegations seriously. Peter Foley remains as US Snowboardcross team head coach while all recent allegations are being investigated.”

While athletes have been competing on artificial snow throughout the Beijing Olympics, organizers are now dealing with the logistical challenge of clearing away the real thing after heavy snowfalls in the mountains of Zhangjiakou on Saturday.

Brown scrub and brush on the hills around some of the mountain venues have made for underwhelming TV images during the Games but the snowfalls have blanketed the area white, while posing some issues for crews at local venues.

“In heavy snow weather, one must not wait, it’s a process of clearing as it snows,” Shu Wen, deputy director of maintenance services at the Genting Snow Park, told reporters.

“It’s all about preventing the use of snow-melt agents.

Genting is the location for many of the freestyle skiing and snowboarding events at the Beijing Games, where a sound, predictable surface is a requirement for the breath-taking tricks and high-speed racing of the athletes.

Weng said his team are prepared for the heavy snow and freezing temperatures forecast for the middle weekend of Olympic competition.

“According to the weather forecast, we’re expecting a blizzard today and tomorrow, and heavy snow,” Weng said. “This situation happens frequently in our snow venue operations. We have a professional, top-tier team to make sure everything goes well.”

Olympic officials on Saturday said they would welcome an anti-doping investigation into the Russian doctors, coaches and family members in the entourage of gold medal winning teenage skater Kamila Valieva.

Valieva’s future at the Beijing Olympics hangs in the balance after the stunning revelation she had tested positive for a banned substance before winning the team event on Monday, but that the positive drug test report took more than six weeks to be made public.

Fans of figure skating, athletes and anti-doping advocates have expressed outrage over a teenager being dragged into the center of an Olympic doping controversy with a positive test for an angina drug. Many have questioned the role of the adults around the 15-year-old skater.

On Saturday, International Olympics Committee spokesman Mark Adams said: “Entourage has been overlooked in the past.” The delay in Valieva receiving her positive drug test result also loomed large on Saturday as Olympic and anti-doping officials sought to reinstate her ban from her.

Valieva was suspended by the Russian anti-doping body after the positive test report, but the suspension was lifted a day later after she appealed, allowing her to continue to compete. Her de ella’s next event, the women’s single, is on Tuesday.

More than six weeks went by between Valieva’s sample being taken on 25 December and 8 February when she was notified by a lab in Stockholm, Sweden that she had tested positive for the banned heart medication trimetazidine.

Lindsey Jacobellis has won her second gold medal of the Olympics, teaming with 40-year-old Nick Baumgartner for the title in the new event of mixed snowboardcross. The Italian team of Omar Visintin and Michela Moioli came in second and the Canadian duo of Eliot Grondin and Meryeta O’Dine finished third, taking home bronze.

Australian Brockhoff taken off course on stretcher after ‘awkward fall’

Australia’s Belle Brockhoff was taken off the snowboard cross course by stretcher on Saturday after she fell during the mixed team quarter-final at the Beijing Games.

The Australian Olympic Committee said on Twitter Brockhoff was being treated on the course after an “awkward fall”.

Asked whether the boarder was badly hurt, one of the staff members from the Australian team said she was okay as the athlete was seen being put into an ambulance on a stretcher.

A member of the rescue team told Reuters the Australian athlete was aware.

Brockhoff fell as she was chasing American Lindsey Jacobellis in the quarter-final after their boards clipped each other.

The event summarized after a brief delay.

Heavy snow began to fall in Zhangjiakou ahead of Saturday’s final, covering the course with a layer of powdery snow. Air temperatures fell to -11 degree Celsius (12.2Â°F) and visibility was lower than normal.

ROC at the Winter Olympics: Which country is it and what does it mean?

For a second successive Winter Olympics, Russian athletes will not compete under their nation’s banner at Beijing 2022.

In December 2019, the World Anti-Doping Agency (Wada) levied a four-year ban from international sport against Russia for running what it found to be a state-sponsored doping scheme.