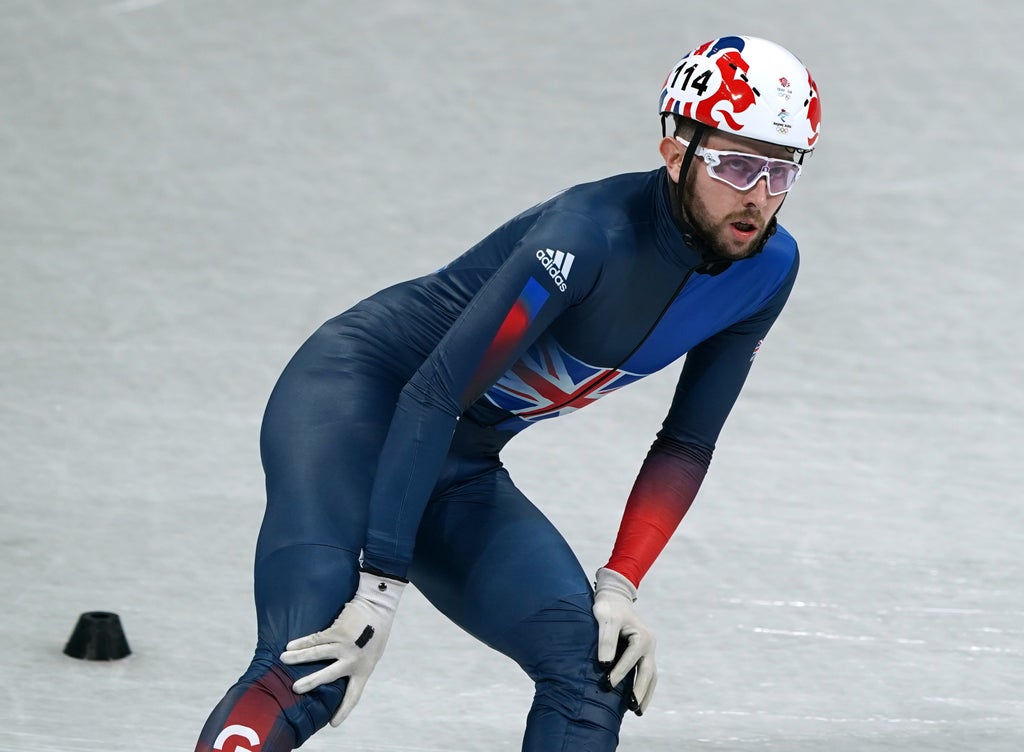 Farrell Treacy revealed he overcame “crazy anxiety” to reach the short-track start line in Beijing after testing positive for coronavirus in mid-January as he feared his hopes of reaching a second Olympic Games were over.

Treacy finished last in his four-man 1,000m heat at the Capital Indoor Arena after a torrid build-up which included an enforced 10 days of isolation following his diagnosis midway through a training camp in Salt Lake City.

“I got Covid before I came and obviously with the Covid protocols in China it was looking very unlikely that I was even going to be here,” said the 26-year-old Treacy, who made his Games debut in Pyeongchang in 2018.

“Ten days of isolation is not fantastic when you’ve got the Games, and I only came out here on Tuesday. Even before then I was having Covid tests every day to try to get negatives.”

All British athletes underwent at least five PCR tests prior to travel and had their CT values ​​– which monitor the precise level of Covid in the system – closely monitored. Chinese authorities lowered the negative threshold from 40 to 35 in the build-up to the Games.

“The protocol was ever-changing. At one point we reached a day where they were telling me, ‘no, it’s not going to happen’, and then the next day things changed. And then I got my negatives through. The anxiety was crazy.”

Worse for Treacy, his hopes of muscling in on one of the qualifying berths in his heat were effectively dashed when he made his move for the line one lap too early after mistakenly believing he had heard the bell.

“I thought I heard the bell and I went to the line too early,” added Treacy. “It’s never happened before, so to happen at a Games is not fantastic. I don’t know if it’s a massive lapse of judgment or if there was something that I heard.”

Treacy’s younger brother Niall and team-mate Kat Thomson both crashed out in their respective 1,000m and 500m heats as Britain’s short-track curse continued.

Four years after former team-mate Elise Christie fell in all three of her races in Pyeongchang, Thomson’s hopes of making an impression were immediately dashed when she tripped just after the first bend of her preliminary round.

“I don’t think I made 15 seconds before I hit the ice,” said Thomson. “That’s really frustrating as I was looking forward to that race.

“I got a really good start but then I felt hands on my legs and the next thing I was on the ground. I’m a bit annoyed that the officials didn’t call us back but I need to review that.”

Niall Treacy also hit the deck on the final lap his men’s 1000m heat after trying to pass Itzhak De Laat of the Netherlands for third place.

All three skaters have further chances to make an impression in Beijing, with Thomson due to contest the 1,000m and 1,500m disciplines and both Treacy brothers due to start in the men’s 1,500m event.