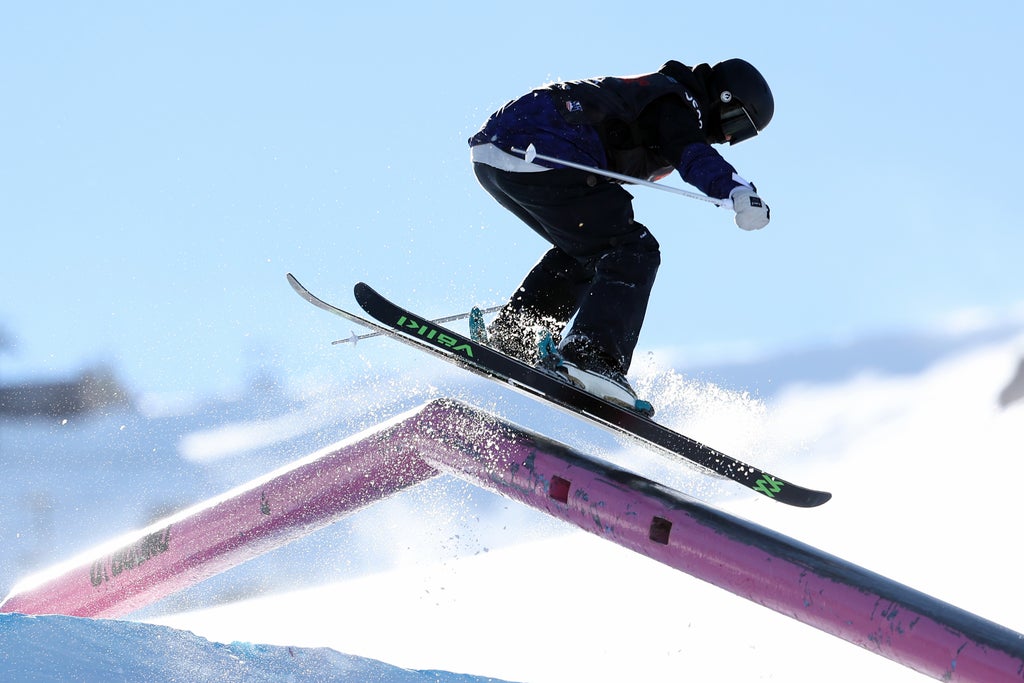 Kirsty Muir is betting she’ll look good on the ski slopes at next month’s Winter Olympics.

And the Aberdeen teen sensation revealed the secret soundtrack that catalyzed his rise to Beijing 2022: the Arctic Monkeys.

Freestyle skier Muir, 17, will be the youngest star of Team GB in the Chinese capital, where she hopes to unleash all her favorite moves and tricks at her beloved Big Air event.

The Scotswoman recently started listening to music while competing, a tactic she believes helps her psychologically and may help her land her favorite gravity-defying ‘DUB 12’ jump.

And it’s the Arctic Monkeys’ upbeat lines that are proving the biggest hit, as Muir aims to conquer the Games, which start in less than ten days.

She said: “I listen to music while I compete.

“I didn’t used to do it, but that’s one of the things that has helped me with the mental side of the sport. It just helps me get into the flow and relax a bit.

“It takes the focus off the competition and onto skiing.

“What I like to listen to the most is the Arctic Monkeys, I like them a lot and they are definitely one of my favorites.

“I think there’s a good rhythm and flow to the songs – they set you up and that’s what I like.

“I love the thrill of [freestyle skiing] – there are so many new parts that excite you like performing a new trick, being in the air longer and thinking: I’m actually in the air flying.

“There’s a lot of adrenaline, and it feels amazing to go to the Olympics.”

Muir first put on a pair of skis at the age of just three before honing his craft on the dry slopes of Aberdeen Snowsports Club, a place he still calls home.

He amassed a string of age group titles before in 2018, aged 13, he won all three Big Air, Slopestyle and Halfpipe events at the BRITS Championships against a star-studded older field.

Two years later came a silver medal at the Youth Olympic Games in Lausanne and now, along with Team GB freeski stars Izzy Atkin and Katie Summerhayes, their place in Beijing is assured.

Proud Scot Muir is hoping to make Aberdeen proud and is keen to announce herself on the world stage when she takes to the Chinese slopes.

“I’m super excited about the whole experience,” added Muir, who knows a medal at the Games would add to the more than 1,000 medals achieved by British athletes since the arrival of National Lottery funding to elite sport in 1997. .

“I am definitely proud to represent Aberdeen and I look forward to the opportunity to do so on the big stage.

“You go to the field and you don’t know exactly what tricks you’re going to do.

“You can see pictures but you don’t know what this course feels like. Getting my DUB 12 with the good grip would be nice.

“I think a good Olympic Games for me would be just being proud of the race I’ve achieved.”

Nobody does more to support our Olympic and Paralympic athletes than National Lottery players, who raise more than £30 million each week for good causes, including grassroots and elite sports. Discover the positive impact that playing the National Lottery has on www.lotterygoodcauses.org.uk and participate using the hashtag: #TNLAthletes