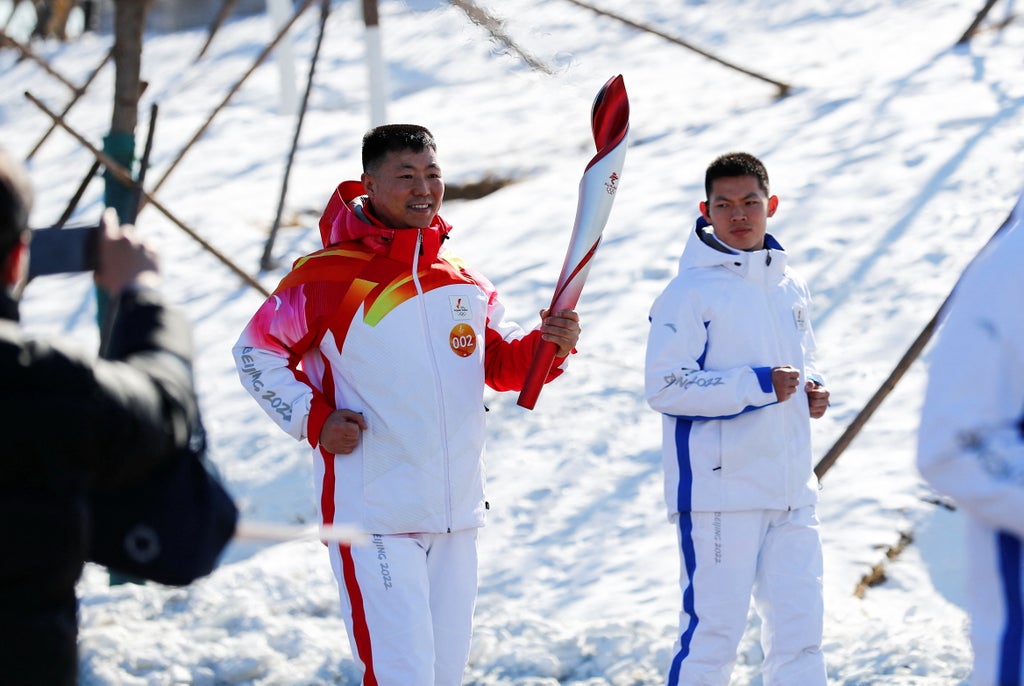 India has become the latest country to announce a diplomatic boycott of the Winter Olympics after China irked its neighbor by making an army officer involved in an inter-border skirmish at Galwan Valley in 2020 an Olympic torchbearer.

India’s external affairs ministry spokesperson said on Thursday at a press briefing that it was “regrettable that China has chosen to politicize the Olympics.”

“Indian envoy will not attend the opening or closing ceremony of the Beijing Winter Olympics,” the spokesperson added.

China’s decision to make regimental commander Qi Fabao take part in the Winter Olympics torch rally on 2 February has been largely met with anger and criticism in India.

The commander, who was photographed relaying the Olympic flame, was present during the clash between the two armies in the Galwan Valley near Pangong Lake in Ladakh and was one of the Chinese soldiers who sustained injuries during the clash on 15 June 2020.

State-sponsored media in Beijing called him a “hero” after the Galwan Valley clash left at least 20 Indian and four Chinese soldiers dead. China took almost eight months to publicly acknowledge that the PLA had suffered casualties as well.

It was also reported that Mr Qi was invited by China’s CCTV to share his experience of “defending the motherland” against “foreign troops” in December last year. He said he was “ready to return to the battlefield and fight again.”

The Winter Olympics are set to commence from Friday in national capital Beijing, just six months after 2020 Tokyo Games.

Several western countries, including the US, UK and Canada, had announced a diplomatic boycott of the Games citing human rights concerns related to the treatment of Uighurs in Xinjiang.

In India, several commentators criticized making Mr Qi, who had earlier been awarded the title of “Hero regimental commander for defending the border”, the torchbearer for the Games.

Manish Tewari, a senior leader for the opposition Congress, tweeted: “China is sending a clear message in the choice of Galwan belligerent Qi Fabao as Torchbearer for Winter Olympics.”

Aadil Brar, a columnist and freelance journalist, wrote: “Qi Fabao was slowly being prepared to become the mascot of new Chinese nationalism. So I wasn’t surprised to see him carrying the Olympic torch. I have said it before that Delhi shouldn’t have given the official backing to the Olympics.”

Gaurav Arya, a retired Indian army officer and the editor-in-chief of online magazine Chanakya Forum that deals with foreign affairs, called the Olympic flame a “flame of shame” on Twitter.

“38 PLA soldiers drowned in Galwan. China said that only 4 soldiers had died. Qi Fabao, a regimental commander of PLA who was part of the Galwan clash carried the Beijing Olympic torch. Because PLA lied & hid own casualties, this Olympic flame is the [flame of shame],” he wrote in the tweet.

Journalist Abhishek Bhalla said: “China’s aggressive information warfare continues. They took a while to announce their dead but now Qi Fabao… is a torchbearer.”

After the Galwan clash, both countries sent thousands of troops to the valley to strengthen their numbers as tension increased at the border.

US Senator Jim Risch, a ranking member of the US Senate Committee on Foreign Relations, also condemned China for choosing Mr Fabao as a torchbearer for the Winter Games on Thursday.

“It’s shameful that [Beijing] chose a torchbearer for the [2022 Olympics] who’s part of the military command that attacked [India] in 2020 and is implementing [genocide] against the [Uyghurs]. The US will cont. to support [Uyghur] freedoms & the sovereignty of India (sic),” he wrote in a tweet.

“Claims of substantial Chinese casualties are not new, however evidence provided by a group of social media researchers, which The Klaxon has independently built on, appears to support claims that China’s casualties extended well beyond the four soldiers named by Beijing,” said the report.

Both India and China currently have around 50,000-60,000 troops stationed along the Line of Actual Control in the region.