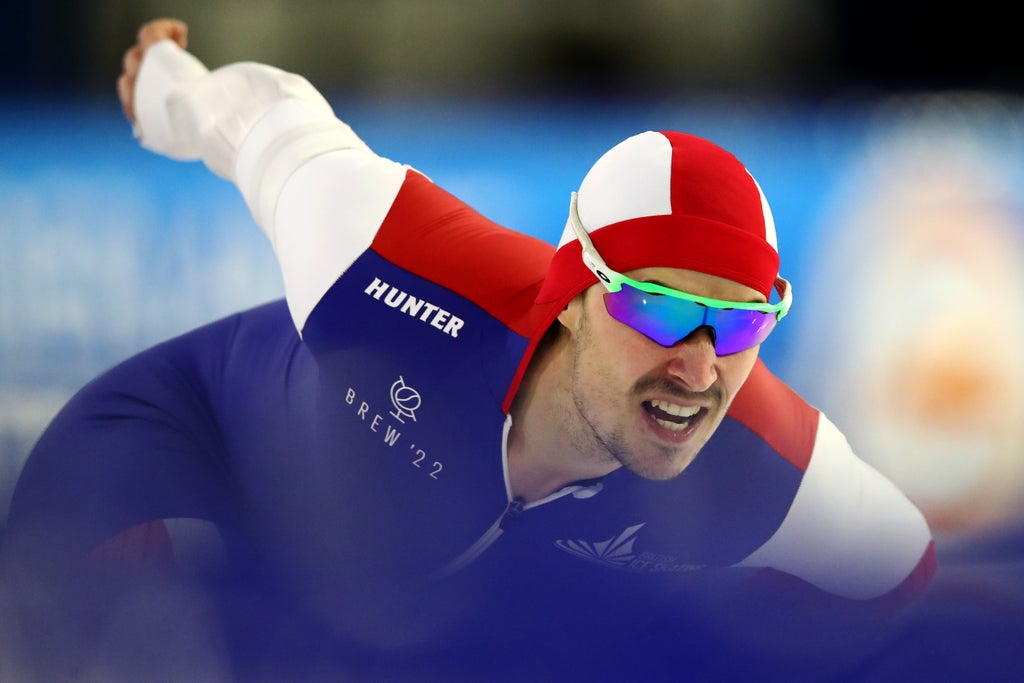 It’s taken a lot of adulting for Cornelius Kersten to achieve his childhood dream of competing at the Winter Olympics.

But that’s the life that Kersten chose and it’s that path that will lead to him becoming the first long track speed skater to represent Team GB in 30 years in Beijing.

“I knew what my mission was and where I wanted to go to and I’ve always just been quietly working towards that,” he said.

“Step by step, I got a lot closer. Last year, I finished 11th at the World Championships and that established me in the game. I got a bit more respect and people actually looked at me.

“It’s been quite a long and lonely journey – the team isn’t that big. We’ve had Covid in the last two years, too, so competition was limited and so was training.

“I’m very happy that we are where we are now and everything fell into place. To be part of Team GB and going to the Olympics is a dream come true.”

The globetrotter was born in Haarlem, Netherlands to a speed skating-obsessed father and a British mother, who left home in Islington for an internship in the country and never left.

Kersten was reared in a nation obsessed by the oval and competed in the Dutch ranks as a junior before taking his chance to race in red, white and blue.

It was an ambition fired by the attempts of fellow pioneer Philip Brojaka to qualify for Vancouver 2010.

“From the age of 12, I had it in mind to represent Great Britain,” added Kersten, whose journey to the Games has been fueled by a £20,000 injection of funding to speed skating via UK Sport’s Beijing Support Fund.

“I met Phil and was very inspired by him and wanted to go down that route as well.

“Ten years ago, I spoke to Stephen (Airey), who is one of the people who did a lot of work to set up the long track programme. We eventually got the room to grow and when that was in place, it was an easy decision.

“I remember watching London 2012 and seeing all the cyclists crush it – I love track cycling and it was beautiful to see Team GB on the top of their game there.”

If short track speed skating is the impudent, thrill-seeking child then long track is its cerebral older sibling, ever-present on the Olympic program since 1924.

It is all about sole focus and fine margins – raced around a 400m track. Kersten will compete over 1000m and 1500m, specializing in the former.

“The beautiful thing about it is that you have people pushing themselves to their limits all the time, even in long distances,” he added.

“When you throw yourself into a corner at full speed of 40mph, you’re in control but you have to be slightly out of control. One wrong move, you’re out and you’re going flying.

“If you hit it right, you can feel yourself blasting through the corner and it’s amazing.

“I still don’t feel anywhere close to the top of my game.”

UK Sport has an ambition to become an ever-greater force in winter sport. The Beijing Support Fund, which utilizes Government and National Lottery investment, demonstrates UK Sport’s commitment to a wider group of sports, athletes and teams in the high-performance community as part of its mission to create the greatest decade of extraordinary sporting moments; reaching, inspiring and uniting the nation. For more information visit www.uksport.gov.uk