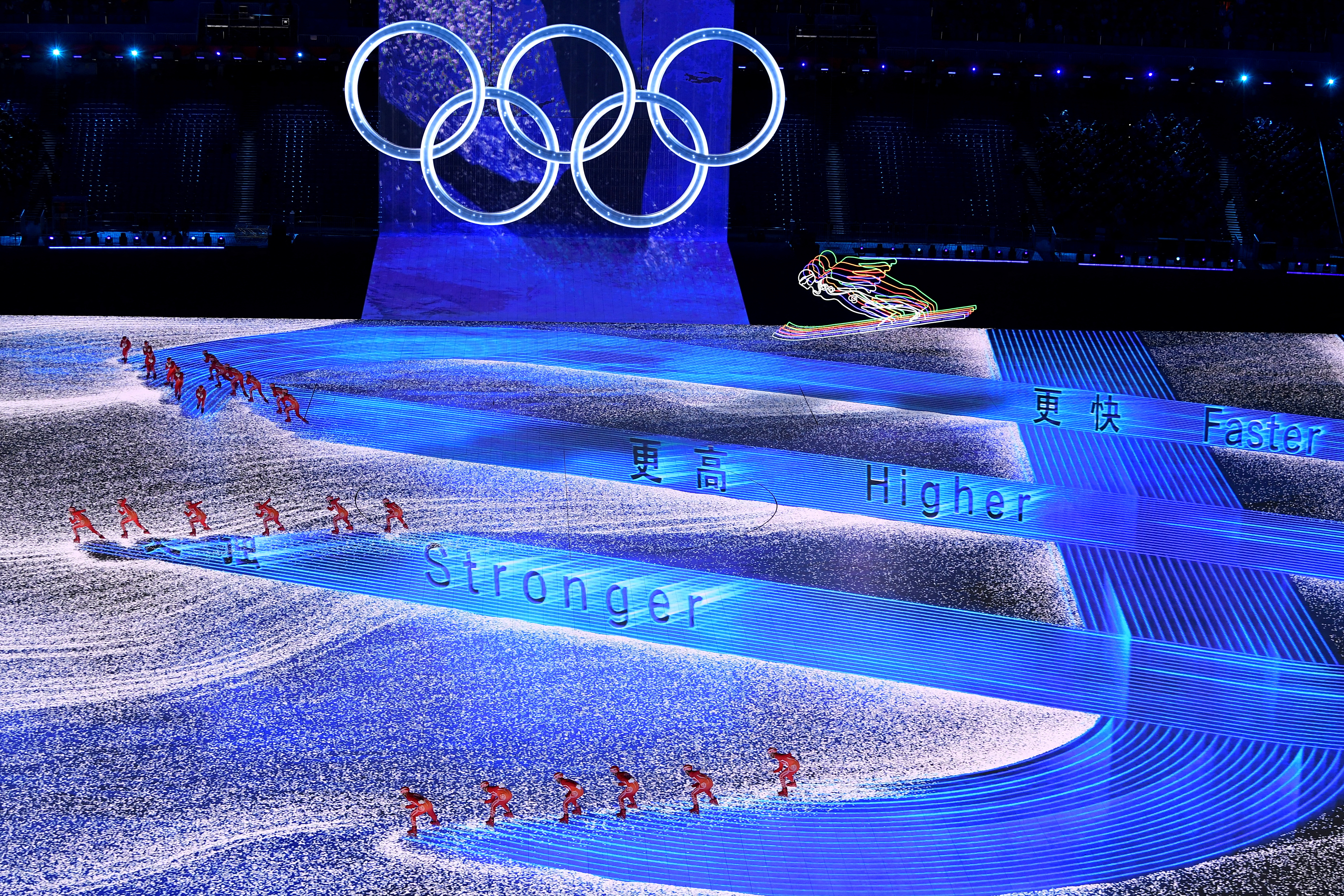 “Let the Beijing Winter Olympics begin!” With these words from Chinese President Xi Jinping and the bursting of a salvo of fireworks immediately afterwards at the opening ceremony at the El Nido stadium, Beijing 2022 is already underway. An event marked by the covid pandemic, the diplomatic boycott of Washington and artificial snow, and with which China wants to signal its power to the world.

In a ceremony directed by filmmaker Zhang Yimou, much more sober than the one that amazed the world at the first Beijing Games in 2008, the star moment came with the lighting of the Olympic flame. The Chinese athletes Dinigeer Yilamujiang and Zhao Jiawen, a cross-country skier and the first Chinese athlete in the Nordic combined, were in charge of depositing the torch in its cauldron, the figure of a gigantic snowflake in which the names of all the countries participating in the macro sports event. The choice of Dinigeer Yilamujiang for this act was especially striking, due to her Uyghur roots. The United States and eight other countries have declared a diplomatic boycott in protest at what they say are gross human rights abuses against the ethnic minority in Xinjiang.

They will be “simple, safe and splendid” Games, the Chinese head of state had promised the day before, who, well wrapped up in a dark parka – the thermometers marked four degrees below zero – presided over the ceremony together with the president of the International Olympic Committee (IOC ), Thomas Bach. Both well covered with a dark blue mask with the logo of the Games, and well separated in compliance with strict health protocols. In the box of honor were other leaders, such as Russian President Vladimir Putin, Argentine Alberto Fernández, Ecuadorian Guillermo Lasso, and the director of the World Health Organization (WHO), Tedros Adhanom Ghebreyesus.

The covid was very present throughout the ceremony. The stands of the stadium were at half capacity, to leave enough distance between spectator and spectator. Tickets had not been sold to the public due to the small outbreaks of coronavirus that persist in China, including one of the delta variant in the capital. The attendees were by invitation, and after having fulfilled a strict battery of measures that included carrying out up to four PCR tests.

A video paid tribute to covid patients. In his speech, Bach had a memory for the athletes who have not been able to see their Olympic dream fulfilled due to illness. Nearly 300 members of the delegations and workers inside the Games bubble have tested positive in the tests that are carried out daily. If the volunteers focused by the cameras showed tireless smiles, the rest of those present wore a mask.

Zhang wanted to follow Xi’s motto of simplicity at the ceremony. The filmmaker who made an impact in 2008 with a memorable choreography in which 15,000 people participated, opted this time for a smaller show, in consideration of the pandemic. Nearly 3,000 dancers swinging delicate green poles to the beat first imitated images of dandelion flowers, a nod to the fact that the Games have opened during the lichun, or the beginning of spring according to the lunar calendar. This was followed by a virtual ice hockey game that also broke virtual ice, representing the breaking down of barriers and the search for peace. Perhaps the most surprising moment of the ceremony came when the imagine by John Lennon as the soundtrack for one of the shows, several skiers on a virtual sea of ​​snow.

Before the delegations had paraded. Spain, with the skeleton rider Ander Mirambell and the rider Queralt Castellet as standard bearers. Chinese, the last. If the rest of the athletes had circled the Nido ground to the chords of Western classical compositions, those of the host country did so to the sound of the Ode to the Fatherland, among the biggest cheers of the ceremony. The representation of Taiwan – the self-governing island that China considers part of its territory – under its Olympic name, Chinese Taipei, also drew applause.

A new salvo of fireworks marked the end of the ceremony. By then, Xi’s parka had caused a sensation among Chinese consumers, who took it by storm on e-commerce platforms. Despite its cheap price (7,000 yuan, about 1,000 euros), in all of them it was listed as out of stock in all its colors.