Former Celtic manager Wim Jansen has passed away aged 75 after suffering from dementia.

Jansen’s death was confirmed by his former club Feyenoord on Tuesday, who said they had lost “an icon and child of the club”.

The Dutchman spent one season at Celtic between 1997-1998 and helped the club win a league and cup double, in the process stopping Rangers from winning 10 top-flight titles in a row.

Sending our deepest condolences to Wim’s family, friends and everyone at Celtic FC.

He will also be remembered as the manager who signed Henrik Larsson, from former club Feyenoord.

Jansen confirmed in October last year that he had been living with dementia before his 75th birthday.

Like Jansen, Celtic manager Ange Postecoglou arrived at the club following a spell in Japan and paid his own tribute on Sky Sports: “Like all of us you pass through these places and you want to make sure you leave your mark and in the 12 months he was here he certainly did that. 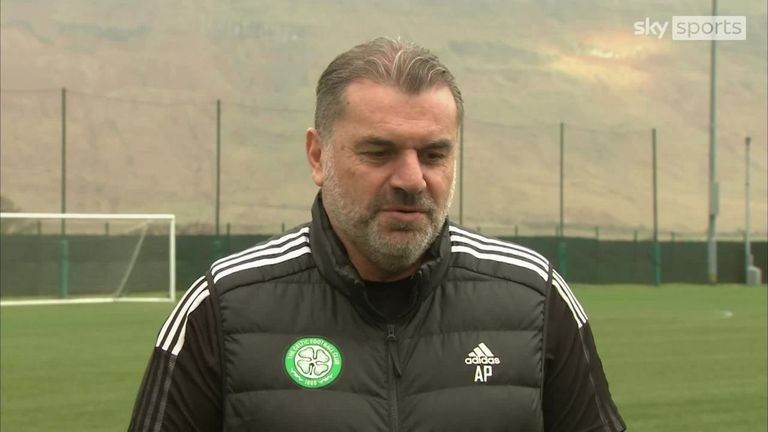 “You can imagine back then when he came across here Google didn’t exist, so people’s research on him would’ve been a lot more extensive or difficult than research on me.

“It was a brave move by him. All we try and do is make an impact, leave a mark. Leave the place a little bit better than what we inherited and he certainly did that.”

Rangers boss Giovanni van Bronckhorst, who worked under Jansen at Feyenoord, added: “I’m very sad to hear it, very sad to learn that Wim Jansen has gone. I’ve known the family for many years and I had Wim as an assistant when I was a player. 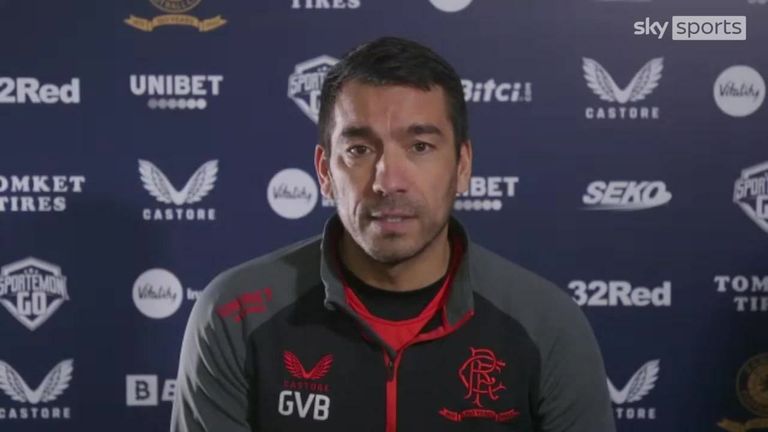 “He was the first coach I had as a youth player who let me train with players who were two, three years older than I was.

“He saw my potential when I was young and it really helped me in my development as a player. I’ve got really good memories of Wim Jansen.

“He was an important player for the Dutch team, for Feyenoord, winning the European Cup in 1970, which is one of the biggest achievements of Feyenoord. It’s really sad to hear the news today.”

In a statement, Celtic said: “Everyone at Celtic Park was saddened to hear of the sad passing of former manager Wim Jansen this morning at the age of 75.

“Wim, of course, will forever be remembered as the manager who arrived to stop the 10 in season 1997/98 by lifting the championship on the never-to-be-forgotten day of May 9, 1998 when goals from Henrik Larsson and Harald Brattbakk defeated St Johnstone 2-0.

“That came after the Dutchman, who had played against Celtic for Feyenoord in the 1970 European Cup final, had earlier also led the Hoops to League Cup glory by beating Dundee United in that season’s Ibrox final.

“Also forever remembered as the man who delivered Henrik Larsson to the club, it should also be remembered that Wim rebuilt the team that ended with other signings such as the aforementioned Brattbakk, Paul Lambert, Marc Rieper, Craig Burley and Jonathan Gould among others, not only stopping the 10, but setting the wheels in motion for continued success at the advent of the following decade.

“All at Celtic Park offer their most sincere thoughts and prayers to the family and friends of Wim Jansen at this sad time.”

Feyenoord: Jansen was one of the greatest

In a statement, Feyenoord said: Feyenoord has learned with great sadness of the death of Wim Jansen, one of the greatest football players who has ever played for the club. He died Tuesday at the age of 75.

In Wim Jansen’s biography ‘Mastermind’, which was published in October last year, it became clear that he was suffering from dementia. Although the intense sadness of course predominates, Jansen’s family is at the same time relieved that he has been spared a long agony.

Everyone at Rangers sends their condolences to the family and friends of Wim Jansen.

The family is pleased that their Wim has been able to keep control until the last moment, they have informed the club.

Feyenoord loses an icon and child of the club with Wim Jansen. He became a member of Feyenoord at the age of ten, after which he played in the first team for no less than 15 years and won many prizes.

Even after his playing career, Jansen remained loyal to the club and was, among other things, assistant and head coach, technical director and advisor.

“I left Feyenoord a few times, but always came back. You could call it a blood tie,” he said in his biography.

In his time as a player, Jansen was part of the most successful Feyenoord teams ever. The midfielder made 476 appearances, scoring 39 goals, won four league titles, the European Cup, UEFA Cup, League Cup and Intercontinental Cup.

As a manager, he led the club to success after a long period of adversity, including a cup win in 1991 and later took on a role as a youth coach too. Summarizing what the club meant to him, in 2017 Jansen said: “I have been a member of Feyenoord for over 60 years. Essentially this club has ruled my life. First as a youth player, then as a football player, later as a trainer , technical director and now at the youth academy. Feyenoord is my life.”