Skip to content
Home News William says he and Kate monitor Prince George’s screen time: ‘They have to be careful’ 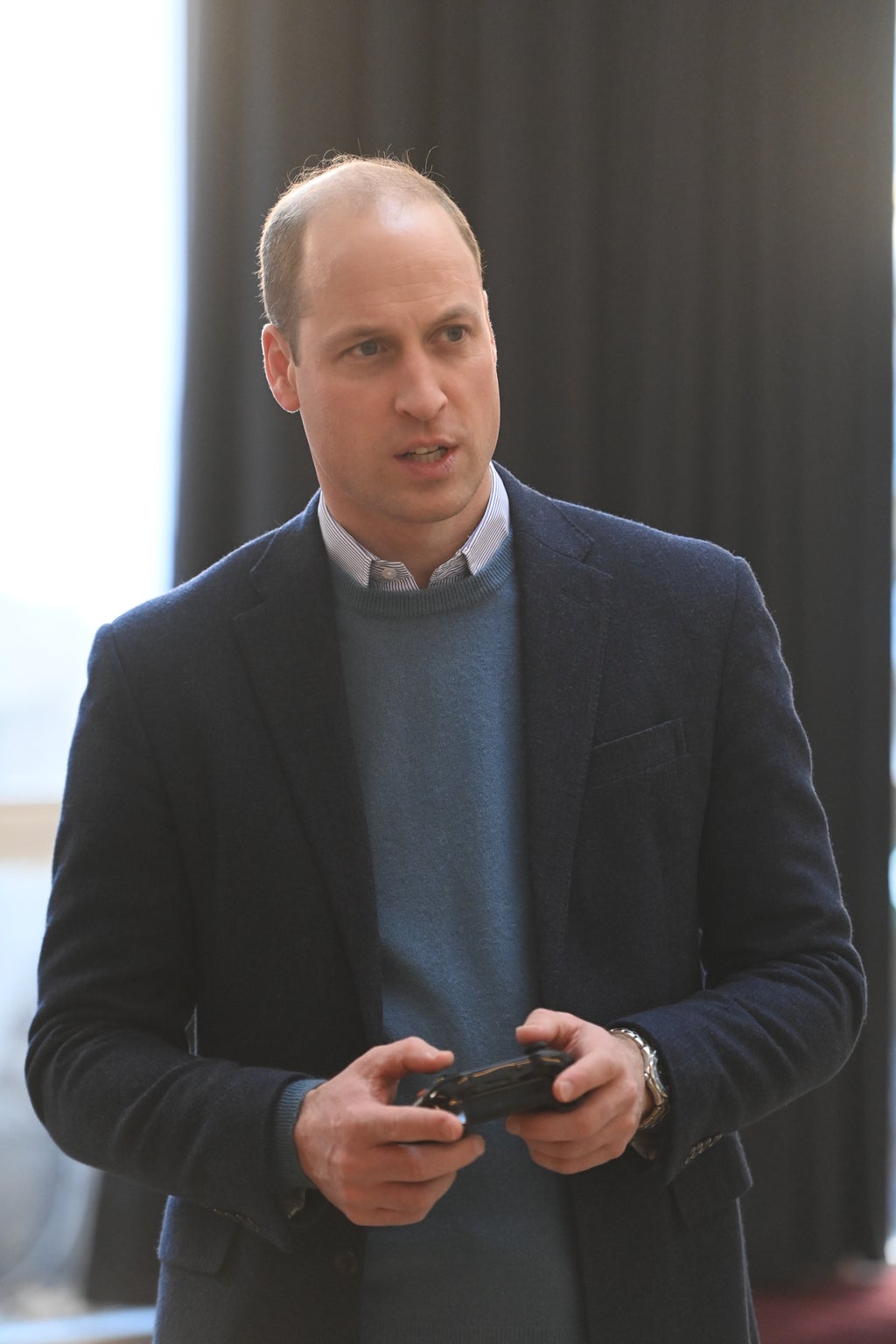 The Duke of Cambridge has said his children are fascinated by computer games, particularly Prince George, but he has been “monitoring screen time”.

William’s comment came during a visit to Bafta’s refurbished headquarters in central London when a scholarship scheme was launched in his name to help future stars from underrepresented groups forge a career in the creative industries.

The Duke is chairman of arts charity Bafta and praised the organization’s “commitment” to ensuring those with potential are given every opportunity to develop their skills.

The Prince William Bafta Scholarship for Film, Game and Television Professionals aims to “recharge” Bafta’s support for these talented individuals, the charity said.

During the visit, Harry Petch, 20, from Bafta Young Game Designers, showed off his carbon capture game called Net Carbon, which was unveiled at Cop26 in Glasgow last year.

Taking the controls of the console, the duke said of his children George, Princess Charlotte and Prince Louis: “Right now he’s trying to regulate the game… monitoring screen time. I have to be careful with that.

“They are fascinated by it. George particularly. He is more interested in that. The other two are too young at the moment, but they love movies.

“I love movies and games too.”

William toured the building and chatted with actress Suranne Jones, who starred in the acclaimed BBC series Doctor Foster and is a mentor to rising stars for the Baftas.

The Duke also met with young creatives helped by another program that bears his name, the Prince William Scholarship, and asked them: “Is it working well for you? I can talk to the boss, the real boss.

In a statement, William praised the developments at Bafta: “I am very proud of Bafta’s continued commitment to ensuring that young talent from all walks of life have every possible opportunity to build and develop successful careers in the film industries, games and television.

“The redevelopment of 195 Piccadilly has created fantastic new learning spaces to ensure that future generations can receive the support they need to thrive.”

Roxanne told the duke, “It may seem like an impossible dream, so mentoring is helpful.”

William added: “When you first start out, it’s interesting how (you have) different levels of what success means and it must be daunting…going through and navigating the system, it’s such a big industry that having the support of mentors and the scholarship is important.”

Bafta, the British Academy of Film and Television Arts, is best known for its annual awards ceremony, but it is increasing its support for groups that are underrepresented in the creative industries.

The charity also announced its Bafta Elevate scheme, an established year-long personalized support programme, opening this year to film and television producers from underrepresented groups, and launched Connect, a new discounted tier of its membership for mid-level professionals. to build their professional networks.

Jones, who won a Bafta for her role in Doctor Foster, said after the royal visit: “If you want to find your place in the arts, Bafta’s unique approach of leveraging the industry to support emerging talent can be invaluable.

“Since I was eight years old I dreamed of being an actor, but I didn’t start my professional career until I was 16 years old.

“A lot of young people in creative fields who don’t have family connections in the industry don’t know where to turn for help or advice and I agree with their stories to that effect.

“Behind the scenes and beyond the awards, great work is being done to level the playing field for creatives from all walks of life and I’m delighted to play my role as a Bafta mentor.”