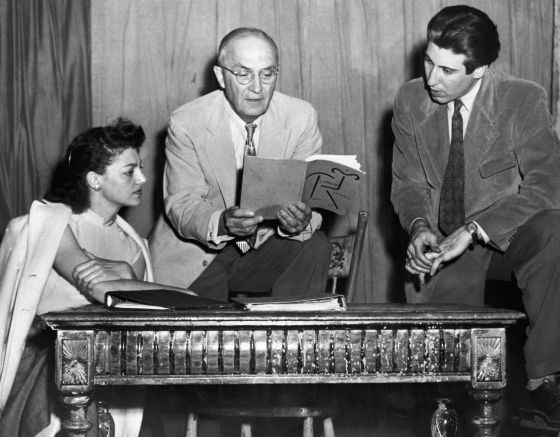 It is increasingly common to search the Internet for the diagnosis for our symptoms, thereby ignoring the scientific opinion of doctors. Forums, images and academic articles come to supplement the visit to the doctor, and they only confuse us even more about our clinical picture. Then there is self-medication; the mistake of getting the drugs that we think are the right ones for our case on the Internet.

There is a component of urgency in all of this. Above all we do it to calm our spirits with urgency in the face of a disease that we believe is ours. But it is also worth adding another more intimate aspect, and that is related to shame, that is, with that feeling of discomfort that often occurs in the presence of the doctor. For the latter there are so many secret diseases; people who hide their disease to avoid the blush of showing it to strangers or worse, who hide it for fear that their disease will be discovered.

There is a story by William Carlos Williams that shows us the latter. And he does so with the conciseness and forcefulness of those who know what they are talking about, in this case those who know what they are writing. Because William Carlos Williams, in addition to working as a poet and storyteller, worked as a doctor specializing in pediatrics. The story that concerns us here is titled The use of force, is translated by Mariano Antolín Rato, and tells us about the episode that Carlos Williams himself suffered when he had to face an emergency.

It was a girl with high enough fever to worry. The house was poor and they had the girl in the kitchen, where it was warmer. “Sometimes it’s very humid here,” the mother tells the doctor. The girl had lost the expression on her face, which was flushed with fever, and was “breathing heavily.” He had been like this for three days, according to the father.

When the doctor goes to examine the girl’s throat, she refuses to open her mouth. The doctor patiently insists, speaking to the girl with affection, and that is when the mother tells the girl something that, according to Carlos Willians, could have been avoided, because the worst thing in these cases is to say “that the doctor is not going to harm”. Here the story reaches its climax, as the parents, faced with the blush caused by their daughter’s attitude, force her violently to open her mouth. But not even with those.

After a few more adventures in which the girl fiercely defends herself, kicking and ripping off the doctor’s glasses, the doctor manages to reach the cavity of the mouth with the wooden spatula. But the girl squeezes it between the molars, “reducing it to splinters” before the doctor could remove it.

In the end, with great effort, and with the help of a spoon, the doctor reached for the girl’s throat until she gagged. It was when the doctor could see the evil: “The two tonsils covered with membranes.” According to Carlos Williams, the girl had fought to prevent him from knowing her secret, hiding her illness for fear that her illness would be discovered.

A clinical case that goes beyond a phobia of the doctor. We could say that Carlos Williams illustrates us with an example of greed in the face of illness, since the girl knows that her illness is located in her throat, and that if she opens her mouth, her secret will be revealed. For these things, psychiatry is so necessary in current times, times in which people consult Google like someone consulting an oracle looking for luck.

Note: In case anyone wants to get closer to the stories of William Carlos Williams, it should be noted that Alianza Editorial published them in its day with a translation by Mariano Antolín Rato, and that recently the publishing house Fulgencio Pimentel released a volume translated by Eduardo Halfon and with the title The stories of doctors.

The stone ax is a section where Montero Glez, with the will of prose, exercises his particular siege to scientific reality to show that science and art are complementary forms of knowledge