Skip to content
Home News Will the virus be ‘finished’? Majority of Americans think not: AP-NORC poll 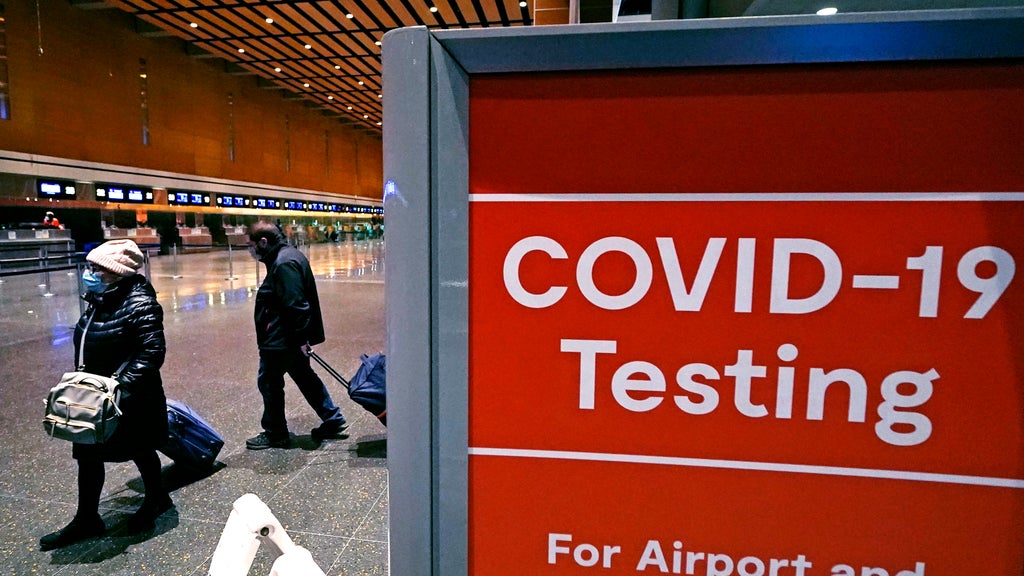 Early in the pandemic, Ryan Wilson was careful to take precautions: wear a mask, not really socialize, shop online more.

The 38-year-old father and seafood butcher from Casselberry, Fla., says he relaxed a bit after getting vaccinated last year. He invited some friends over and saw more of his parents, while making sure to remain masked in places like the grocery store. The recent increase in the virus has not made him change his behavior much, because he is vaccinated and has read that the variant causes less severe disease.

And, like many, Wilson has come to believe that COVID-19 will probably never completely go away.

“It will become endemic and we will stay with it forever,” he says. “It’s frustrating, but what can you do about it?”

Many Americans agree that they’ll “stay with it forever,” or at least for a long time. A poll by The Associated Press-NORC Center for Public Affairs Research shows few, just 15%, say they will consider the pandemic over only when COVID-19 has been largely eliminated. By contrast, 83% say they will feel like the pandemic is over when it is largely a mild illness.

The survey shows that 59% of Americans believe that personal vaccination against COVID-19 is essential to feel safe when participating in public activities.

But, underscoring what officials call alarmingly low COVID-19 vaccination rates in American children ages 5 to 11, only 37% of parents consider it essential that their children be vaccinated before they get back on track. And while boosters provide significantly better protection against COVID-19, especially the omicron variant, than a course of two shots of Pfizer or Moderna vaccines, only 47% of Americans believe getting one is essential.

Wilson, in Florida, said that while he is vaccinated, he does not plan to vaccinate his 5-year-old daughter because he has heard that the odds of healthy children suffering from anything other than cold symptoms are low.

In Minneapolis, public health researcher Colin Planalp, 36, got his 6-year-old son vaccinated as soon as he could. “Children can get very sick from COVID,” he says, blaming health authorities for not making that more clear to the public.

Although children often fare better than adults, experts say they can still suffer serious illness and long-term health impacts from the virus.

The survey shows that more Americans are taking precautionary measures against the virus than before the omicron surge.

Overall, 64% now say they always or often avoid large groups and 65% wear face masks when around other people, both up from 57% in December. Sixty percent say they regularly avoid non-essential travel, up from 53% a month ago. That level of caution is the highest since last spring, before millions of Americans were fully vaccinated.

At the beginning of the pandemic, Planalp and his wife worked from home for months and kept their young son at home. But when they got vaccinated, they allowed themselves to go out more, visit relatives out of state, even work part-time at the office.

“I switched to wearing N95 masks because I no longer trust regular cloth masks and I rarely go out anymore,” says Planalp. “We have canceled travel plans. My son has been out of school for over a week and I hope he can come back in a week. But who really knows?

David Close, 50, who is unvaccinated, says he never changed any of his behavior. “It’s over for me,” he says. “I never really had any kind of pandemic fear.”

Close, who moved from Tampa, Florida, to Vonore, Tennessee, in May, says he, his wife and two children had COVID-19 in October. He believes his wife was infected at work, but they did not take precautions to keep her isolated from the rest of the family.

“I would get into bed every night and go to bed and fall asleep next to her because that’s what I’ve always done,” she says.

“I can always get over an illness,” he says. “I’m not afraid of things like that.”

Studies show that even for people who have already had it, vaccination provides additional protection against COVID-19, which has killed more than 850,000 Americans so far.

In Minersville, Utah, Jamie Costello, 57, a math teacher and mother of eight, has not been vaccinated, not because she is opposed to vaccinations, but because she has had severe reactions to flu shots and has recovered. of COVID-19. Like many Americans, Costello feels that COVID is something that will become as familiar as the flu.

“It’s a very rapidly mutating virus,” she says. “Eventually we’ll have to say, well, it’s flu season and COVID, rather than just flu season. It’s just there, and we have to get back to normal as much as we can.”

The AP-NORC survey of 1,161 adults was conducted January 13-18 using a sample drawn from NORC’s probability-based AmeriSpeak panel, which is designed to be representative of the U.S. population. The sampling error margin for all respondents is plus or minus 3.8 percentage points.

Keith Barker blows away Somerset to help Hampshire to victory