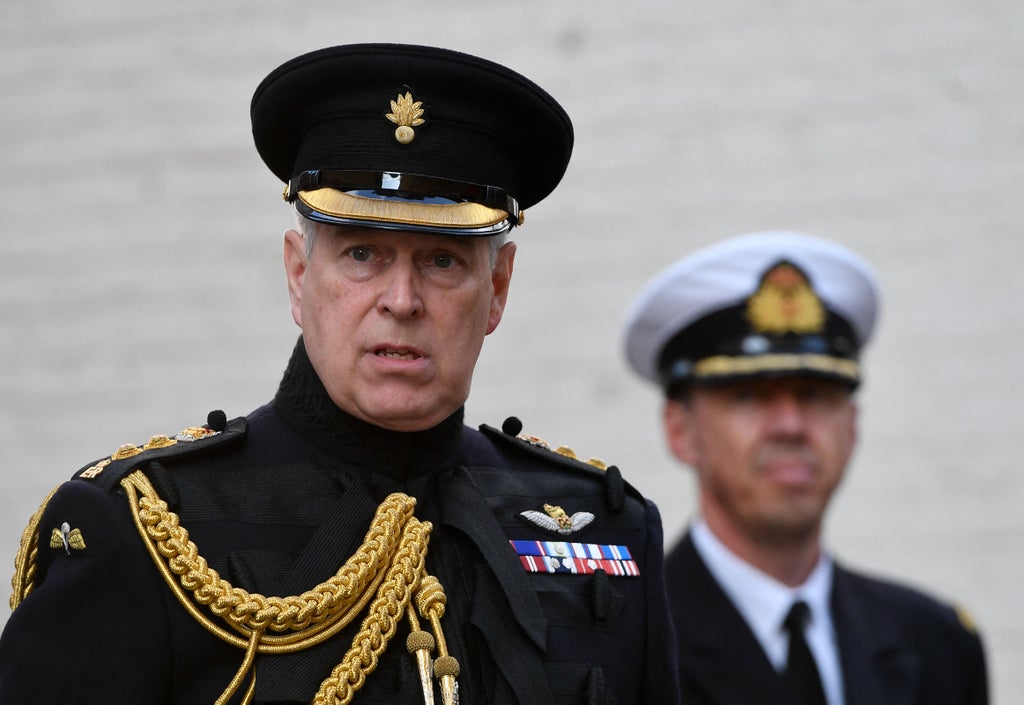 Royal experts have suggested it will be “impossible” for the Prince Andrew to ever return to public duties in the wake of his settlement with Virginia Giuffre being published.

The Duke of York stepped back from his royal duties in 2019 amid the sex abuse scandal and was stripped of his royal patronages and military titles last month after a US judge ruled Ms Giuffre’s lawsuit should proceed to a civil trial.

Following the out-of-court settlement, announced on Tuesday, it remains unclear of Andrew will seek to return to being a working royal. But commentators said a comeback was “very, very unlikely” and suggested the duke will “forever be tainted” by the case.

While Buckingham Palace will be relieved of a high-profile and embarrassing tril has been averted, the settlement saw Prince Andrew finally accept his poor judgment for having been associated with Jeffrey Epstein and acknowledge Ms Giuffre was an “established victim of abuse”.

Andrew’s lawyers previously accused Ms Giuffre – who claimed she was trafficked by convicted paedophile Epstein to have sex with the prince when she was 17 – of peddling lurid and false claims in a bid to secure “another payday at his expense”.

However, language used in public court documents about the settlement suggests the royal has “finally been humbled”, according to one commentator, while another insisted there is “no going back” in terms of frontline duties.

Royal author Penny Junor said it was “very unlikely” the prince can ever return to public royal life, because a “question mark” will always remain in the wake of a settlement as opposed to a trial which would have seen one side gain a legal victory over the other.

“Somebody was lying, and we will now never know who it was, so I think that means Andrew is tarnished,” she said.

While commending the duke for showing a “complete change in tone”, with regard to Andrew’s stated “regret” at his friendship with Epstein, Ms Junor said too much damage had been done for this to signify an end to his public expulsion.

But she added: “I don’t think it exculpates him completely from the past.”

The Queen stripped her second son of his prestigious honorary military titles and royal patronages in January, and he stopped using his HRH style, in a move that effectively cast him adrift from the institution.

It is understood that the statement released by Buckingham Palace on 13 January, outlining the changes, still stands, with the duke continuing not to undertake any public duties.

Another royal author, Nigel Cawthorne, who wrote Prince Andrew: Epstein, Maxwell and the Palace, said a “comeback for the prince remains impossible”. He added: “It is impossible to see how he can ever return to public duty without those serious errors of judgment following him for the rest of his public life.”

“I just don’t think he’s ever likely to resume work as a working member of the royal family,” he said following the publication of the settlement. “I think that too much water has gone under the bridge for that and the institution of monarchy has been tainted by his association of him with Epstein and I just think that there’s no going back on all that.”

Mr Little went on to suggest that one of the prince’s biggest problems throughout this legal process was his apparent belief that he could come back to public life at the end of it. There was a certain “entitlement” and “arrogance” about it, I added.

Pushed on whether he thought that was a possibility, the royal commentator said: “I think it’s very, very unlikely.”

Elsewhere there was a suggestion that Andrew’s only “route back to public life” was as a campaigner – for victims of sex trafficking.

In the settlement, it was stated: “Prince Andrew regrets his association with Epstein, and commends the bravery of Ms Giuffre and other survivors in standing up for themselves and others.

Quizzed about these words on BBC News this evening, Nicholas Witchell, the broadcaster’s royal correspondent, said the “brutal fact is” no organizations will want to be associated with Andrew in the future.

Echoing the settlement’s closing remarks, though, he continued: “Perhaps the answer is, as he says at the end of this statement, to pledge to support the fight against the evils of sex trafficking, and by supporting its victims.

“Perhaps that offers the best, perhaps even the only, route back for him.”

The suggestion was immediately panned on social media.