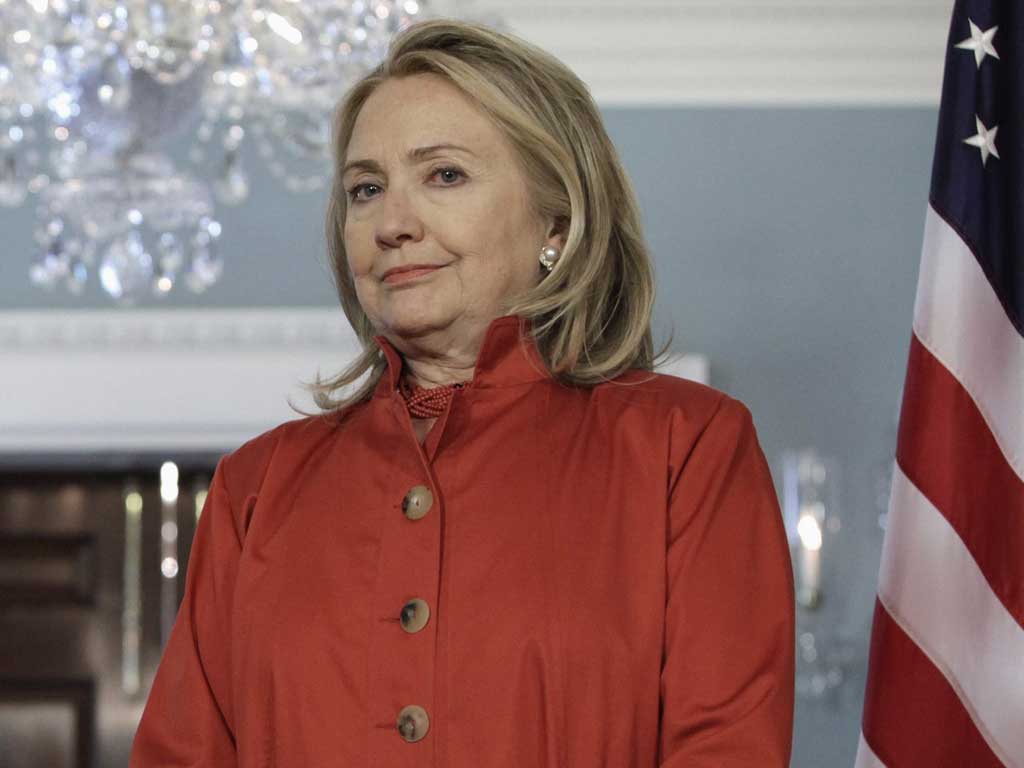 It’s long been a truism in American politics that nothing gets a Republican’s blood boiling like Hillary Rodham Clinton.

From the moment Ms Clinton stepped onto the national stage as the woman who would be first lady if then-Arkansas governor Bill Clinton were elected president, Ms Clinton has become an almost mythical figure in the cosmology of right-wing activists, who credit her with a whole host of alleged crimes, none of them credible.

In the annals of GOP conspiracy-mongers, Ms Clinton is said to have staged the suicide of her husband’s deputy White House counsel, arranged a street robbery to cover up the murder of a Democratic National Committee staffer, and has even been alleged to have masterminded the strangulation of Jeffrey Epstein, who at the time was locked away in a high security detention cell in custody of the federal bureau of prisons.

The former US secretary of state’s bete noire status among the Republican faithful is one of the many reasons so many conservative activists who would have normally shunned a thrice-married ex-Democrat such as Donald Trump flocked to his banner and stayed with him throughout his first campaign. Defeating her was all that mattered to them.

But with Ms Clinton more than five years removed from her last campaign, it seems Republicans just can’t live without using her or other women in politics as foils to drum up outrage.

Despite the former New York senator having made an exit from electoral politics years ago, GOP talking heads are hard at work finding ways to resurrect old right-wing storylines about Ms Clinton and are even integrating her into the conspiracy theories they’ve spun around the current president, Joe Biden.

Mr Biden is in his first term, and though he is the oldest person ever elected to the presidency, he has said he will run for a second term in the 2024 general election.

But his popularity has waned since he took office, leaving his approval ratings just above what Mr Trump’s were at this point in his presidency. And rather than accept at face value the idea that Mr Biden believes he can recover enough support to win reelection (possibly in a rematch with Mr Trump), Republicans are salivating over the far-fetched idea that Ms Clinton will jump back into the fray.

According to the new york postpolitical-strategist-turned-conservative-media-personality Dick Morris is convinced there will be a 2024 primary without Mr Biden as a candidate, and in his estimation, the two top candidates who will battle for the nomination are Ms Clinton and New York Representative Alexandria Ocasio-Cortez.

Speaking on a panel at the Conservative Political Action conference on Saturday, conservative commentator and ex-Trump administration Treasury spokesperson Monica Crowley called her a “corrupt, deep state criminal and morally bankrupt sociopath who has inflicted more damage on this nation than any other modern American politician,” though she offered no evidence to support any of those assertions.

“That being said none of that will stop her from running for president,” she continued, ignoring the fact that Ms Clinton has expressed no desire to return to politics.

Ms Crowley added that she believes the former secretary of state – not the sitting president – ​​will be the Democratic nominee in 2024, and Ms Clinton will “big-foot” vice president Kamala Harris out of the running.

At the same panel, Jack Posobiec, a former game of Thrones-blogger-turned-right-wing-media-figure whom the Southern Poverty Law Center lists as having white nationalist ties, went even further in characterizing Ms Harris as an ambitious backstabber who was probably scheming to force Mr Biden out of office before the end of his first term.

“When you’re anybody who’s looking at the presidency, right, and you want to pick your vice president, probably the last person you should pick is someone who is obviously going to stab you in the back like Cersei Lannister at a wine party, as fast as possible – that’s exactly who Kamala Harris is,” he said.

Mr Posobiec added that the vice president was “an empty pantsuit” whose only shot at the presidency is to “kick” Mr Biden from the White House – and, without any evidence, claimed plans were in the making for exactly that course of action.

“They are going to try to kick Joe Biden out of this White House. Because they don’t want him facing Putin and Xi and all the rest of it, and they’re gonna put her in there,” he said.

But asked about the possibility that other Democratic women such as Ms Clinton or another former first lady, Michelle Obama (who has never expressed any desire to stand for election), could run as well, I suggested a seemingly dire outcome.

“If you’re standing in Hillary Clinton’s way to the White House in a primary, that might be one of the most dangerous places you’ve ever stood in your life. She don’t care if you’re Michelle Obama or Kamala Harris, that woman is coming and she is coming for you”.