Skip to content
Home News Why is Russia threatening Ukraine? 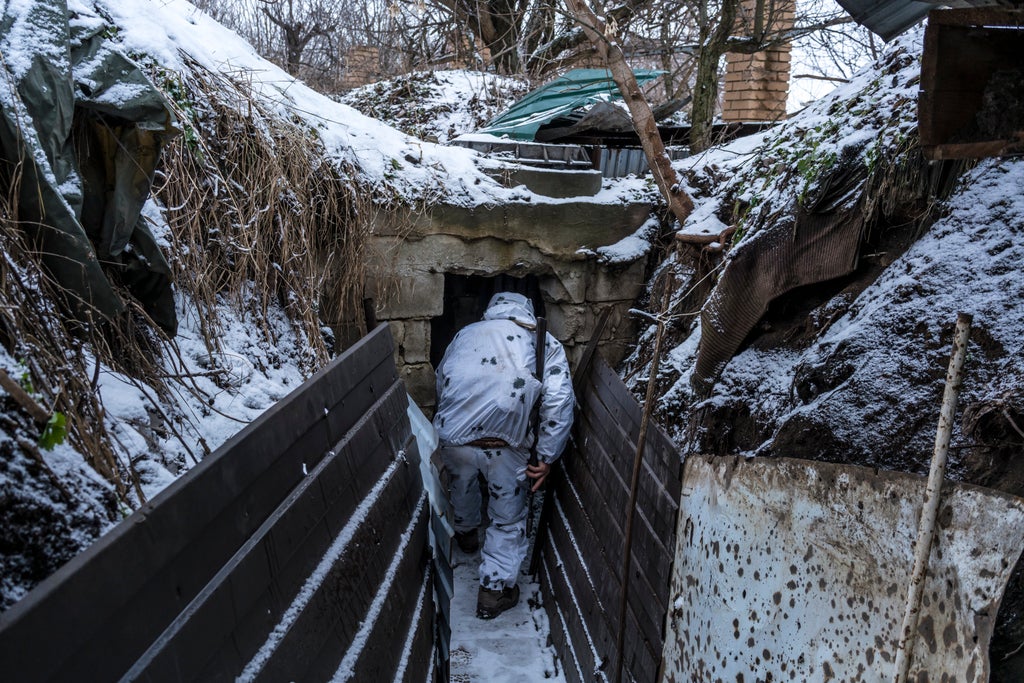 With more than 106,000 Russian troops stationed near the Ukrainian border, fears that Vladimir Putin intends to invade his western neighbor continue to linger.

Although the West hopes to alleviate tensions and avert the prospect of bloody war in Eastern Europe, diplomatic talks between the Kremlin and the Nato allies have made no ground so far and, as things stand, it is far from clear what will happen next.

The North Atlantic military alliance has said it is sending additional ships and fighter jets to deployments in neighboring eastern states like Poland and Lithuania while the US and UK have withdrawn diplomats’ families from Ukraine as a precaution in the event that war should erupt.

Moscow has meanwhile moved around 30,000 troops and materiel into neighboring Belarus for military drills while positioning its warships in the Black Sea, potentially enabling it to attack from the north, east and south all at once.

Meanwhile in Washington, DC, US president Joe Biden has met with German chancellor Olaf Scholz to talk strategy, with the pair threatening Russia that its Nord Stream 2 natural gas pipeline running to Germany under the Baltic Sea will be shut down in the event of incursions intoUkraine.

Should President Putin go ahead and make that “gigantic mistake”, the western allies will be expected to take other measures, from backing Ukraine with further military resources to impose a raft of tough economic sanctions.

President Putin is believed to view the current standoff as the first step towards correcting what he regards as Nato’s encroachment into countries like Ukraine that were previously ruled by the Soviet Union prior to its collapse in 1989.

With polls showing that a large majority of Ukrainians would like their country to become a member of the military alliance, Moscow wants the west to promise that Ukraine will never join Nato, something the defensive alliance has categorically ruled out.

President Putin laid out his own thoughts on Ukraine and its relationship with Russia in a 5,000-word essay published last summer.

All told, there are currently an estimated 127,000 Russian personnel in position – 21,000 of whom are part of sea and air divisions – according to the Ukrainian defense ministry, not counting the additional 30,000 in Belarus.

However, such gestures are likely to provide cold comfort to Kyiv if it is to be faced with the threat of a Russian invasion, given the significant gulf in military strength between the two would-be combatants.