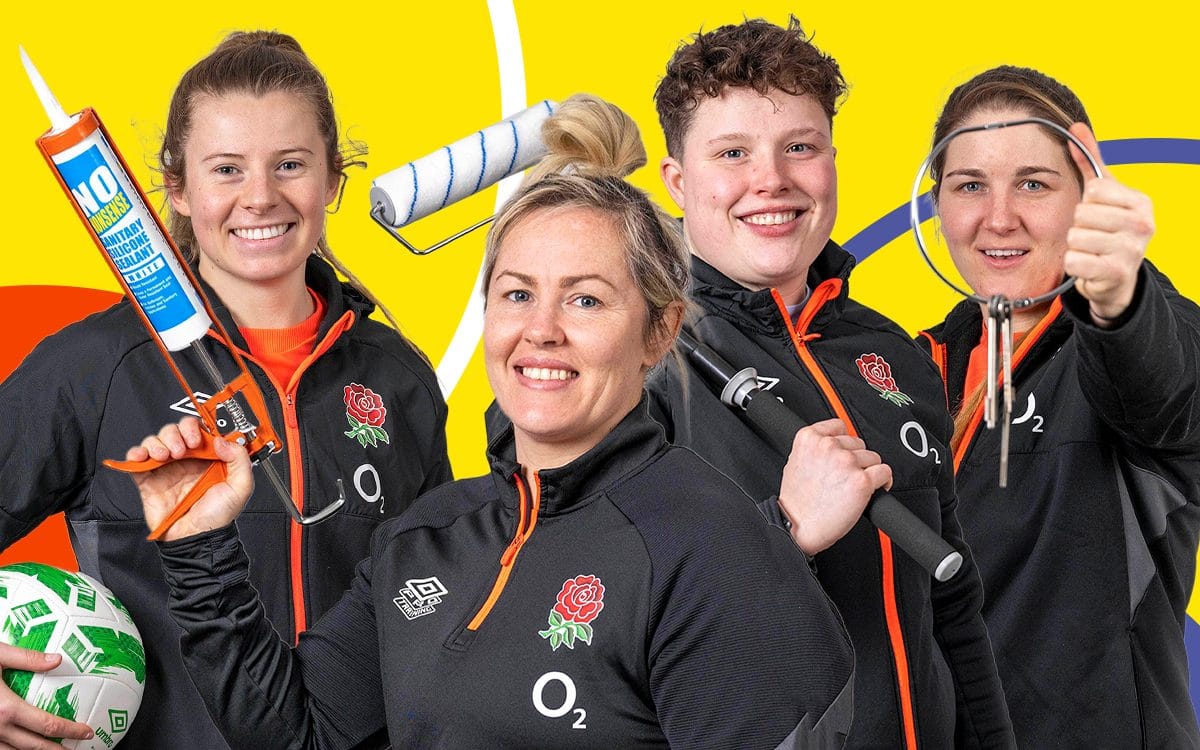 On the pitch, Packer is often seen barking instructions to those around her when her team-mates’ heads are down, energizing them in the process. Her presence from her was invaluable when Saracens edged past Bristol last month in a top-of-the-table clash. There is a certain similarity in how she was regularly sent on emergency call-outs during her days working for HomeServe, the home assistance provider.

She once turned up to the house of Richard Hibbard, the former Gloucester and Lions hooker, to fix his faulty boiler after winning the 2017 Six Nations with England.

Despite the obvious perks of customer satisfaction, she does not miss the grueling hours or occasional surprise when returning to the day job following international duty.

“My second week back after the 2017 World Cup, I got to this job and the front door was open and the ceiling was literally on the floor,” she says. “This house had all these nice ceramic tiles in the bathroom, and I had to get behind this bath panel. There was no leak you could see, so I multi-tooled a hole into this bath panel within a tile. It was one little fitting but it caused loads of damage.

“I’ve always said I’d go back to plumbing after rugby, but now I want to give back to rugby because I feel like it’s given me so much.”

Rugby can present a daunting challenge. But for Poppy Cleall, her previous life as a prison officer, and the “scary” moments it presented, have more than prepared her for anything the sport can throw at her.

See also  Queen 'proud' of Charles and William stepping in but 'very much' in charge, sources say

The No 8 is renowned for her abrasive running and Cleall’s special ability to consistently get over the gain line has become integral to how the Red Roses play.

Dominating in contact is as much about mindset as it is physical strength. It was this aspect that life as a prison guard helped to fortify. At just 21, Cleall started working at Feltham Young Offenders Institution before moving to an adult facility in Bristol, taking her time in the Prison Service to just under three years.

“Parts of the job were scary and confrontational,” Cleall says. “Things can change in the blink of an eye. Unpredictable is probably the best word to use. It’s not a pleasant place to be and being a prison officer is one of the hardest jobs you can have.”

Of her time in custodial settings, one incident in particular stands out to the Saracens back-rower.

“There are some situations I have been in prison that have given me an adrenalin rush and heightened sense of emotion that rugby has never replicated. There was a guy standing in front of me with a roll-on deodorant and at the top of it he had made his own ‘shank’ with a long screw from out of his bed. He was holding it out in front of him and I got stuck in the middle between him and another inmate behind me.

“My leg started shaking while I was trying to talk him down. I managed to in the end and then walk him back to his cell from him. When I shut the door behind him I was looking down at my leg from him confused, as the shaking was still happening.
Cleall believes moments such as this have reinforced a mentality that has benefited her rugby. Ironically, a take-no-prisoners attitude.

“I played rugby before I went into the Prison Service, which helped me when I started the job. Then from the experiences I had in the service, and the situations I had to deal with, it created more resilience and reinforced that I would never go back down from a confrontation or a challenge. There is ‘fight or flight’, but in a prison service you can’t run away. You have to deal with it.”