Skip to content
Home News Why does the children’s jersey of your soccer team cost 80 euros? | The spar 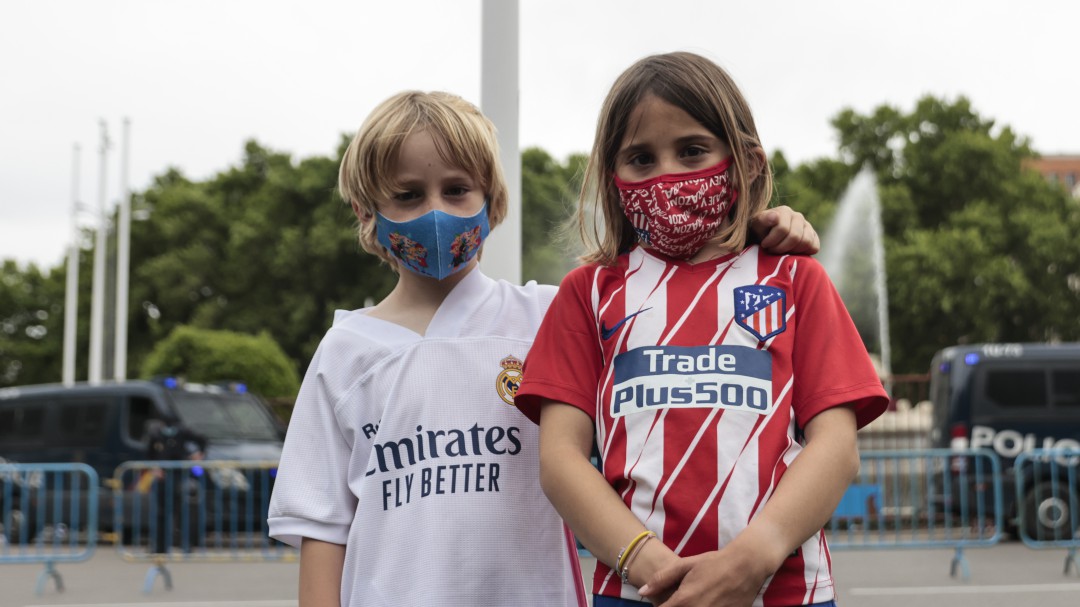 The soccer jersey of your favorite team is one of the gifts most demanded by Spanish boys and girls in the letter to the Three Wise Men. But if Melchor, Gaspar and Baltasar want to satisfy the wishes of the little ones, they will have to scratch their pockets because the prices of these sportswear are quite high.

The cheapest shirt found in the official stores of First Division clubs is that of Valencia for 52 euros. If, for example, we want the shirt of his rival in the city, Levante, for our six-year-old son or daughter and we want to put the name and number of the granota star, José Luis Morales, we would have to pay 80 euros.

Of the teams located in the lower zone of the classification, the most expensive shirt for children, without name or number, is that of Osasuna, which costs 74.95 euros on the official website of the Rojilla entity. That of Espanyol 69.95 euros and that of Mallorca, 70. Elche and Getafe, for their part, set the price at 60 euros

In this sector of children’s t-shirts, it is necessary to differentiate those that are Junior category and those that are baby kits. We are talking about kits for children under four years old that are sold in a pack consisting of a shirt, pants and socks. Deportivo Alavés has these kits in its official store at 70 euros, Celta at 64’95, and Cádiz and Granada at 60.

According to the head professor of the marketing department at ESADE, Gerard Costa Guix, we are not just talking about a garment that we use to play sports, football clubs sell illusion with their shirts, hence it is not a mistake in his opinion set those prices.

“The cost of a T-shirt with DRI FIT It is between 5 and 10 euros, production cost. In the best store you go to 25 euros. To those 25 euros of production cost, add the margins that the manufacturer is paying the club, and then of course the VAT, etc … But it is emotion. When someone launches a t-shirt on the market it is not “they are giving me 10 euros”. They are giving you excitement. Let’s look at it more as a luxury brand, a long-awaited dream to have, and not as a piece of sports that I can wear ”, he emphasizes.

If we look at the figures of the clubs that are fighting to enter Europe, the numbers are very similar to the previous ones. A kit for a baby between three and thirty-six months, ranges from 50 to 70 euros. Consulting the official websites of the different teams, we see that Real Sociedad is the LaLiga team that has the highest price. 70 euros costs a baby kit. Real Madrid follows with 65 euros. Barça and Atlético de Madrid 59.99 euros and Valencia is the team that has the lowest price with 44 euros. Already in children between 7 and 14 years old, the price of a t-shirt is between 65 and 70 euros. That of Real Madrid costs 70 euros, that of Betis 65, that of Barça 69.99 and that of the revelation team of LaLiga, Rayo Vallecano, costs 60 euros. All these prices not including name and number.

The fathers and mothers consulted by Cadena SER at the door of some physical stores of these teams are clear: “The prices are actually a bit expensive”, “only certain people who have a lot of money can buy it, and football It belongs to the kids ”, or“ I would leave it at around € 40 ”, they say in El Larguero.

The clubs claim millionaire losses due to the pandemic and ask their people for loyalty, but the season tickets, tickets and official shirts cost the same as before the pandemic or even more, regardless of the crisis affecting the fans.