Skip to content
Home News Why do we consume at the stroke of the calendar? 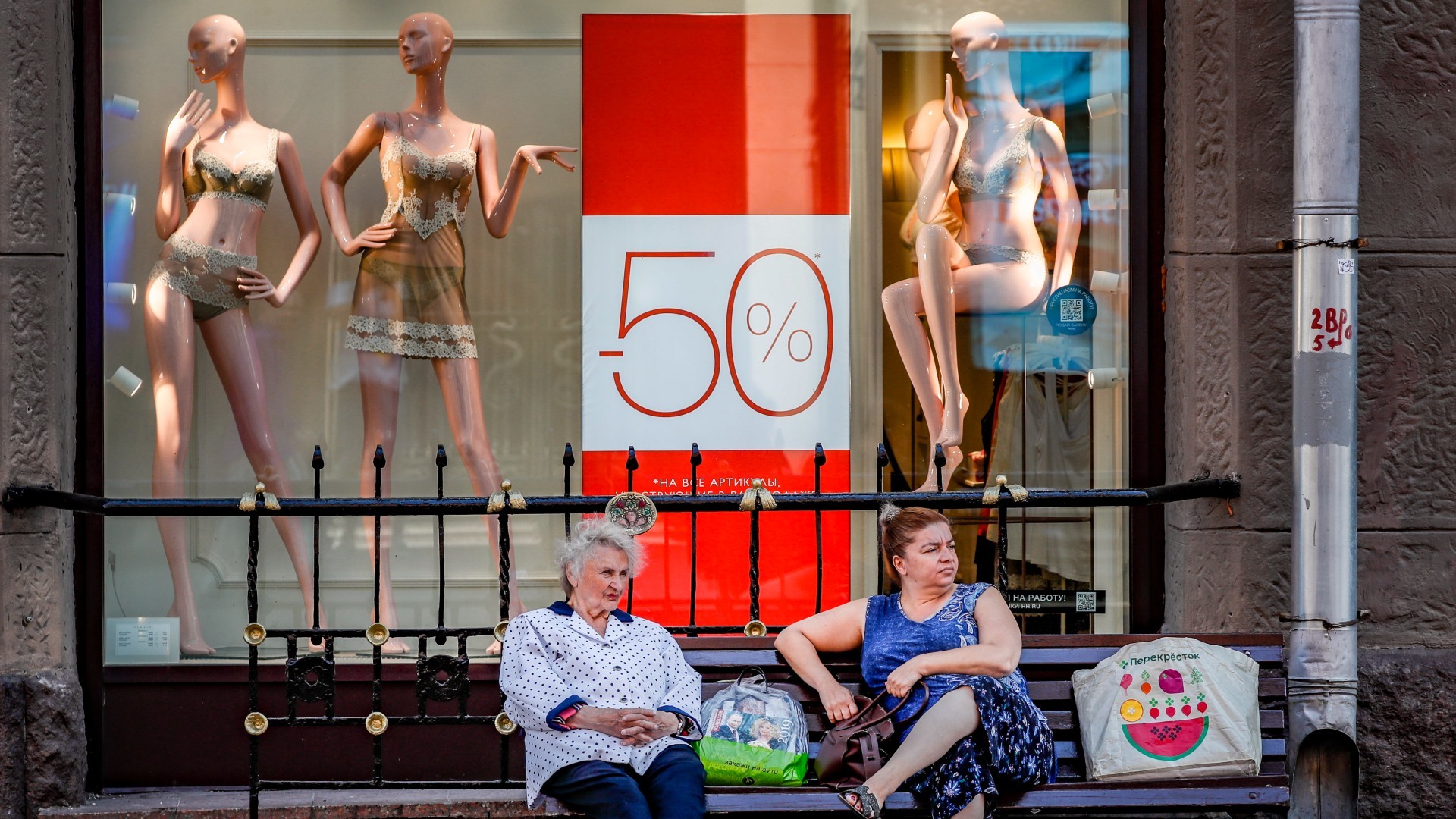 Black Friday, Valentine’s Day, mother’s, father’s, or even the bachelor’s day. The traditional shopping calendar, marked by two annual sales and a peak in Christmas consumption, has been radically transformed in recent years. Now dates imported from the United States or China, with flashy promotions, have imposed a new “global secular calendar” of consumption.

This ‘Black Friday’, a day of big sales at the end of November that opens the Christmas season, It recently arrived from the United States and has quickly become the day with the highest sales of the year, dethroning the previously unbeatable Valentine’s Day in many stores. “On days like this, a global rite is created, a kind of collective ceremony. We buy because everyone buys”, explains to RTVE.es Luis Enrique Alonso, professor of Consumer Sociology at the Autonomous University of Madrid.

Days of “hyperconsumption” like the Black Friday they become a “rational vacations”, as defined by Alonso. When the barrage of offers arrives on the internet and in the streets, we abandon our usual objections – “I have to save, I do not need this product” – and we feel that for being that day we are excused to spend without looking at the checking account.

Hence, buying at this time has spread in Spain at breakneck speed. The first offer of Black Friday in Spain it was made in 2012 and was related to electronics. Now even airlines or restaurants offer promotions and they do it not only during this day, but throughout the whole week or even the month.

At a global level, even more meteoric has been the arrival of Singles Day. Born in the 90s as a joke among students in China, November 11 has become the day with the highest volume of purchases in the world. In Spain, although it still has little roots, it already surpasses other days such as Cyber ​​Monday thanks to the popularity of platforms such as Aliexpress, according to data from BBVA clients.

“Despite the fact that we have more and more training and more rational arguments to make purchasing decisions, the emotional decisions weigh more in our lives “, says Eduardo Irastorza, professor of marketing at OBS Business School. If in their time our grandparents bought “a piece of furniture that was never changed”, now we want “a new car even if the other works”, largely due to the pressure to buy these days.

Alonso gives an example of aggressive advertising that companies use for the Black Friday or in time of discounts. “It is a systematic bombardment of programmed happiness, they tell you that these days you don’t have to think about the issues that distress you, you have to evade,” he stresses.

““It is a systematic bombardment of programmed happiness, they tell you that these days you don’t have to think about the issues that distress you, you have to evade”“

All this, with the attraction of more attractive and extended offers each year. Promotions have been added to the two periods of 60 days of traditional sales for the beginning of the season, mid-season, or for the “month of the Black Friday“.

According to Carlos Moreno, spokesman for the Spanish Confederation of Commerce, “This agglomeration of offers is not positive for anyone, neither for large supermarkets, nor for local shops. “On the one hand, the consumer ends up” confused “with so many discount dates, and on the other hand, merchants see their profitability reduced due to the impossibility of maintaining aggressive discounts at the same time. over time, leading many small businesses to give up celebrating the Black Friday.

From the employer they recommend “not go shopping like there is no tomorrow” just because it is a day of discounts: “You have to make more rational purchases: go out with one of the things you want, like when we go to the supermarket.”

Spaniards seem willing to spend more at this time, after a poor campaign last year, with many restrictions in place due to the pandemic. The number of people who will buy less to save decreases from 21% in 2020 to 11% this year, according to a Nielsen report, while spending will grow by 25%, to 250 euros per person.

Internet, the accelerator of global purchases

The dissemination of this lay calendar would not have been possible without the internet. Behind the success of Black Friday There are large e-commerce platforms such as Amazon, while the Chinese giant Alibaba, which also operates online, has been the driving force behind Singles Day.

According to the professor in Sociology at the UAM, “The internet reinforces the characteristics of consumption to spectacular levels.” “There is an idea of ​​freedom of choice and also of absolute availability, of access to the product 24 hours a day,” he says.

Buying products with a single click can even lead to addiction. “You don’t see any work process, A delivery man arrives and gives you the impression that you have enough power to have it put in your house. You become the king of creation, and that can be addictive, “says Alonso.

“It seems that your sovereignty increases, but really more and more locked in algorithmic circuits. You are hooked on a data cloud that is locking you up in your own consumer life,” he adds.

““It seems to increase your sovereignty, but really more and more locked in algorithmic circuits”“

In the United Kingdom, for example, the Boxing Day On December 26, a shopping day in which the status of the consumer is measured according to the number of cardboard boxes that he throws into the container.

The new purchasing calendar has another fundamental peculiarity, according to experts, and that is its global reach. If before consumption was guided by Local or national festivals, normally of a religious nature, now the rites are on a planetary scale.

“Cultural globalization generates a cosmopolitan idea that is much more attractive to the consumer world. It makes us citizens of the world, consumers of the world “, underlines the sociologist. Buying at the same time as in New York or Singapore gives us a higher status, and also distances us from those who are not at the same level.

“Cultural globalization generates a cosmopolitan idea that is much more attractive to the consumer world. It makes us citizens of the world, consumers of the world“

Buying on one of the dates is almost “a global obligation.” The paradigmatic example, Alonso believes, is Halloween. In Spain, All Saints’ Day has traditionally been celebrated on November 1, a “party without any particularly consumerist characteristics”, but which in recent decades has given way to Halloween, a “transnational rite in which all children of the world share disguises “.

In this global dynamic, it was the United States and the Anglo-Saxon world that exported its own traditions to other countries, from Valentine’s Day to Santa Claus. Now China has entered the scene, and with great force,. If previously the Asian giant was little more than a great supplier of labor for Western products, the example of Singles Day shows how Beijing now also imposes its cultural influence.

According to the UAM professor, “China can begin to impose more rituals, because it has achieved a very strong hegemony.” Milestones like the Chinese New Year can shift from local folklore to global consumption, and can determine how we will shop for decades to come.

China celebrates ‘Singles Day’, the day with the highest volume of purchases in the world

Stock-outs: a warning or a reason to hoard?

This global consumer calendar has suffered an unexpected blow this year, in addition to that of the pandemic in 2020. It is the supply chain crisis, which can delay the arrival of many products on dates with peak consumption in the Christmas season. According to a survey carried out by the consulting firm Appinio, 85% of Spaniards are totally concerned about this global problem and 65% say that they will plan their Christmas purchases in advance due to the shortage and delays.

“At Black Friday and Christmas there will be products without a problem, but they will be more expensive now than six months ago “, Moreno says, asking not to wait until the last minute. When people began to talk about the possible shortage, “some took advantage of it to generate a kind of compulsive marketing,” says Alonso.

Instead of analyzing what a global problem of this magnitude entails in order to rethink our consumption habits, he says, the crisis has given rise to “individualized defensive behaviors, such as buying beforehand or asking companies to keep our toys for us.”

What is behind the supply crises that put the global economy in check?

“I have not seen that it has generated an idea of ​​degrowth, of questioning the model. On the contrary, we have accumulated again as happened with toilet paper “, Add. As every year, although with the addition of this crisis, environmentalists once again warn of the “unsustainable” of this consumption model, although the main economic indicators predict that each year we will continue to buy more on dates that we have already internalized as part of our personal calendar, or in new days of discounts that are born in the future.