Skip to content
Home News Why are there more young people who deny sexist violence? 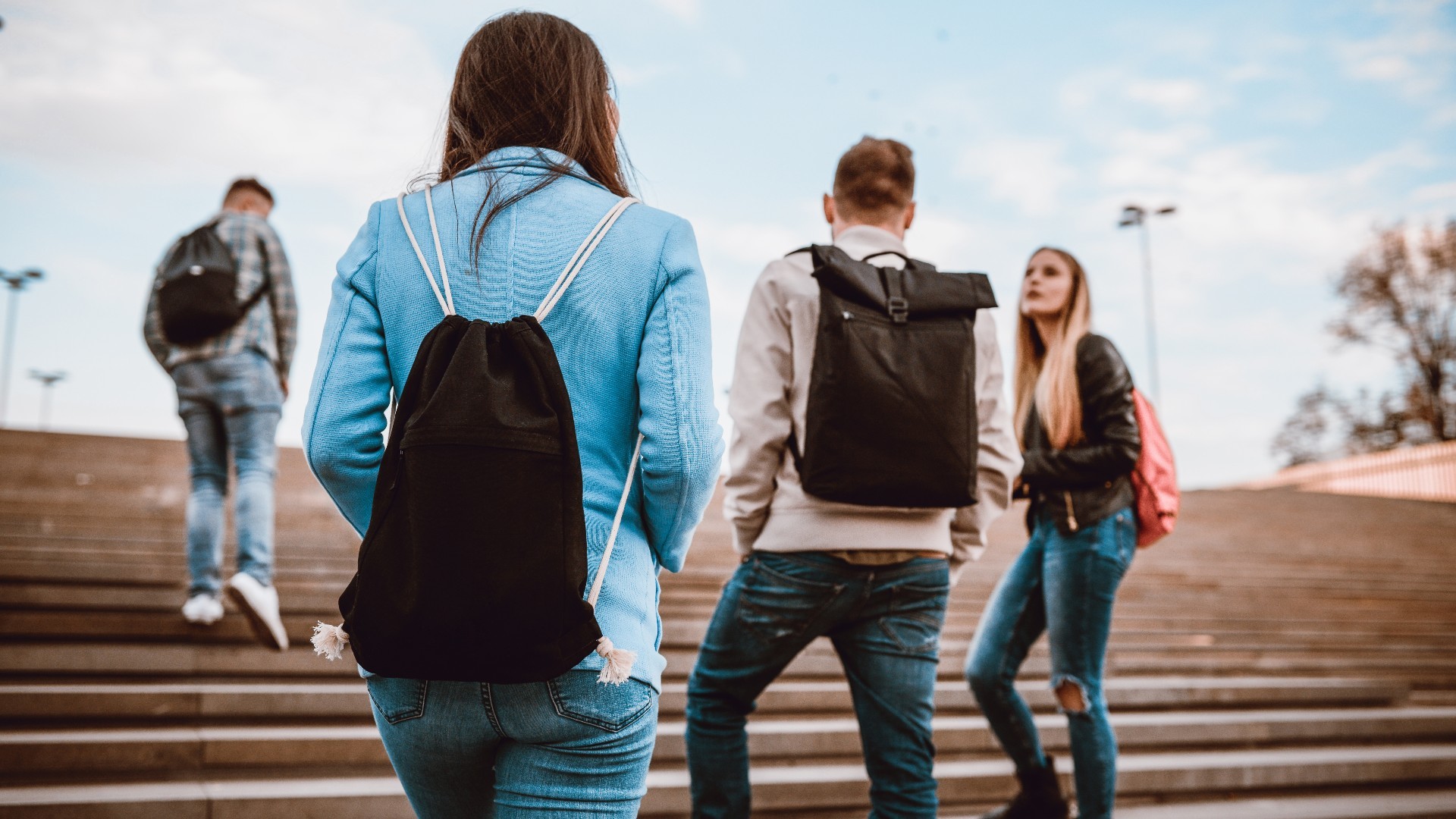 Fighting gender violence He has run into three important enemies on the way: normalization, trivialization and denialism regarding the very existence of that scourge. This, which was already detected in a sector of the general population, seems to be spreading among young people in a “worrying” way, which forces us to wonder what factors or circumstances feed this trend, which experts understand as a clear social setback.

“While girls are becoming more aware and consider themselves more feminist, in their case they are emerging a kind of counter narratives or speeches that question certain basic consensus that existed in Spain on the importance of fighting against gender violence “, explains Daniel Calderón, researcher at the Reina Sofía Center on Adolescence and Youth of the Fad, in an interview with RTVE.es.

From that center the ‘Youth and Gender Barometer 2021 ‘, a report that reveals that one in five boys (males) between the ages of 15 and 29 denies the existence of sexist violence and believes that it is “an ideological invention”, a perception that has increased from 11% to 20% compared to 2019.

That study also reflects a trend to “minimize the damaging effects “of the patriarchal structure that governs society in the case of men, something that is also reflected in an even more recent investigation that has been promoted by the University of La Laguna and for which 645 young people from Tenerife between 11 and 20 years.

It is entitled ‘Sociodemographic Study of the Adolescent and Youth Population’ and, although it has not yet been made public, the director of the research team that has developed it, Esther Torrado, indicates that “50% of respondents (boys and girls) consider that gender violence it is suffered by both women and men “.

“That is the data that has surprised us the most because to think that this violence is suffered equally is to deny existence of the violence itself “, says the sociologist.

Contrary to what the Fad Barometer reveals, this research indicates that opinions expressed by boys and girls Tenerife are not so different. Above all, in the 18 to 22 age group, where 48% of women believe that gender-based violence is suffered equally by both sexes, while in the case of men the figure is 56.8%, less than a point difference.

Calderón explains that the climate of tension in Spain has clearly permeated the youth, whom he sees “strongly polarized” regarding feminism and sexist violence.

“That girls increasingly consider themselves more feminists or less and less tolerate certain macho behaviors that were previously widely accepted in society as well is causing reactive discourses to emerge. Let’s say that kids feel attacked and say ‘this is not like that’. In addition, they look for discourses that deny violence, that deny inequality “, analyzes the researcher, doctor in Sociology and Anthropology.

The setback, from their point of view, is clear. Between 2017 and 2019 the study in which he participates reflected a positive trend; the majority responses of boys and girls seemed to be “less stereotyped and somewhat more aware of equity”. However, in 2021 “the trend towards building a more egalitarian society has been reversed and fair “.

The State Observatory of violence against women including issued a statement last June to condemn this speech that denies the existence of what they define as a serious violation of human rights. This body, as he pointed out, could not “remain oblivious” to “the attacks that in these times are raging against equality and against this reality, reproducing stereotypes and macho and reactionary prejudices that we believed were overcome“.

What that manifesto still did not refer to is the roots of these ideas among the youth.

“It is worrying that they are also younger boys, those between 15 and 19 years old, those who most question this type of violence (25%), “adds Calderón.

The incidence of the political debate

The fact that boys are less and less aware of inequalities produced within society, researchers from the Centro Reina Sofía link it with “the greatest facilities and privileges to be and be in the world that they have compared to women.”

Regarding the direct denial of sexist violence, they affirm that there may be multiple factors behind it, but they do not doubt that they influence the “rise of hate speech”, the social “polarization” and the media diffusion of a political message that despises feminism.

“They certainly contribute, from our point of view, the speeches that are being broadcast by some parties and social agents in the media, where violence is being directly denied, “Torrado also believes.

Calderón adds that “the emergence of these discourses that question feminism is very strong in very young groups that have a lot of presence on social media like Tik Tok. There we find very denial messages. “

“We detect that these issues take root and deepen in situations of uncertainty and social crisis. Precisely, this moment that we have been living for two years, with the outbreak of the pandemic, generates a breeding ground so that the feeling of uncertainty in life is much greater than before. These crisis contexts are the perfect ones to use discourses that appeal to emotions and especially to hatred, and to promote discourses of denial of scientifically proven data “, points out Elena Alfageme, head of gender at InteRed.

The hoax and misinformation factor

Taking into account that many of the young people, especially the younger ones, are far from the traditional channels of information and that their main source for knowing what is happening in the world are social networks, it is not surprising that they too be, as the experts point out, a target population for those who have an interest in which these denialist messages are promoted.

“We do not believe that it is a spontaneous question, but that really there there are groups and political parties that are interested they are continually producing this content (…) Young people are potential agents of influence and voters, “says Alfageme, also a historian and social anthropologist.

The NGO in which she works develops various “transformative” education projects with a gender perspective and has recently published a report that analyzes how they operate denialist discourses, including those that have to do with sexist violence.

“During our educational work with adolescents and youth we had already seen in recent years that one of the difficulties, especially in schools, was finding those discourses of denial of sexist violence and we saw the need to work on it,” says Alfageme, whose team try promote deep reflection among young people and offer them tools to “identify, dismantle and act” against hoaxes.

The ‘boom’ of the disinformation, Along with the difficulty of filtering what is true from what is not, is, according to experts, another factor behind youth denialism. For this reason, the website of the project that InteRed dedicates to this topic offers a series of resources for teachers, such as flashcards, educational games, verification exercises, and a comic that helps detect falsehoods.

The most abundant in the digital environment, according to the InteRed study (prepared in collaboration with Maldita.es and financed by AECID) are hoaxes about rape or sexual abuse, who often use false images to confuse the location of the alleged crime; all kinds of misinformation about the feminist movement to try to ridicule him; false content about aborted babies; misinformation about the alleged lack of effectiveness of the Law against Gender Violence; millionaire aid to feminist groups that are not true, or misinformation related to political figures or public figures.

The culture of “hypersexualization” and the reproduction of stereotypes

On the other hand, Torrado believes that if there is less awareness in the new generations about the importance of combating gender inequalities, it is because have not been educated at a time when there were still no equality laws. They were born, he says, with the vision that men and women are legally equal, “because the Constitution says so,” without realizing that formal equality is not effective equality.

The analysis made by this sociologist also points out that the tendency to deny sexist violence has a lot to do with lack of a good affective sexual education in the classroom, with the influence of pornography – of which young men are “heavy users” – and, ultimately, with the repetition of sexist roles.

“Sexism has been coupled to multiple spaces such as culture or music, for example. Reggaeton has become fashionable and is not bad in itself, but many songs carry highly violent and androcentric messages. That penetrates the youth when it comes to normalizing violence against women, sexualization and objectification. It is also in the programs or content they watch, where there is a continuous cult of beauty, but also a hypersexualized beauty, and a permanent reproduction of the roles“says Torrado.

Calderón confirms that many young people continue to carry these gender stereotypes and points out that 15.4% of men consider that gender violence “is not problematic” if it is of low intensity: “If, according to your vision, in a relationship with a partner dependence is normal or it is normal to control the cell phone, that in the end also leads you to think that if the violence is of low intensity it is no longer a problem. everything is related to the same discourse of control, domination and power“, explains the researcher.

What we have to deal with now, according to Alfageme, is to try to make those young people who are aware of inequalities become a kind of “influencers” for those who do not see them and to avoid that such harmful denialism continues to spread: “This is a warning on the need to build critical thinking and contribute to change from education“, he emphasizes.