Skip to content
Home News Who was Amir Locke, 22-year-old shot and killed by Minneapolis police 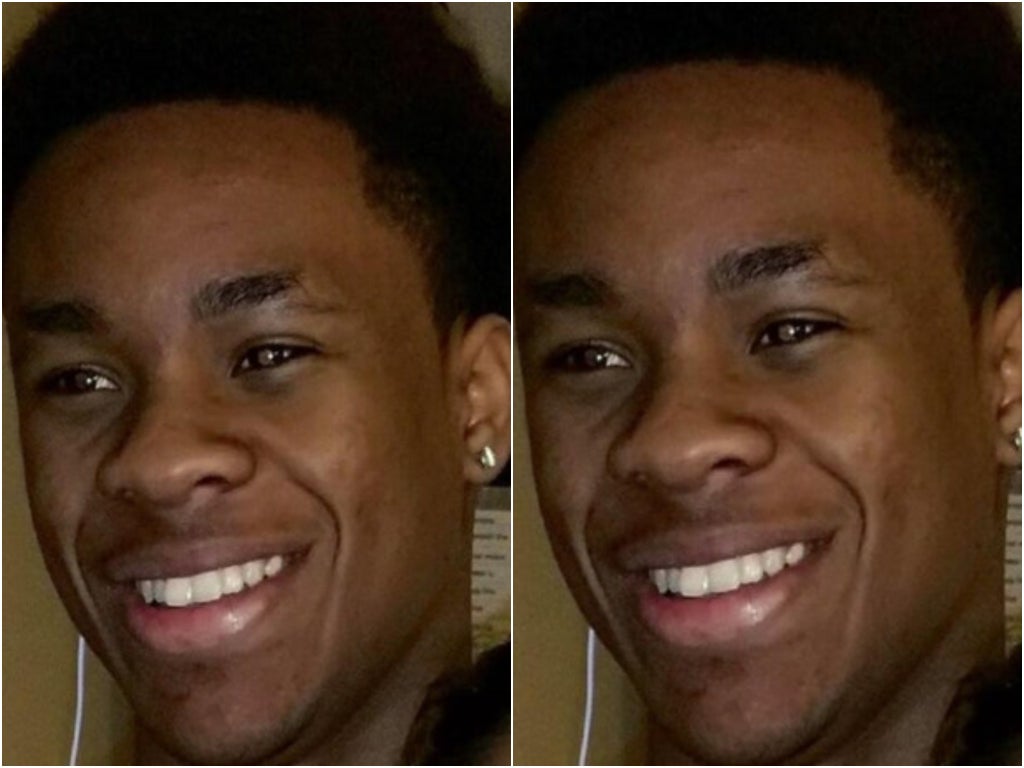 Amir Locke, 22, was killed by Minneapolis police while executing an arrest warrant during a homicide investigation.

Police entered the apartment where Mr. Locke, who was holding a gun, was killed at 6:48 a.m. Wednesday.

Locke had concealed the permit to carry weapons

His parents, Andre Locke and Karen Wells, said Friday that their son was “executed” by the Minneapolis SWAT team when they woke him up from a deep sleep. They added that he confusedly reached for his gun, for which he had a concealed carry permit, to protect himself from him.

They described the 22-year-old as respectful, even to police officers, and said some of his relatives work in law enforcement. Ms Wells said the couple trained her son on how to act and do “what they had to do whenever they encountered police officers” because of the danger to “unarmed black men”.

A gun rights group highlighted the timing of the raid, saying that according to the video, Locke had been awakened by a confusing series of commands from several officers pointing lights and guns at him.

“Mr. Locke did what many of us might do under the same confusing circumstances: He sought a legal means of self-defense as he sought to understand what was going on,” said Rob Doar, spokesman for the Minnesota Gun Owners Caucus.

See also  Brexit: Liz Truss tells the EU she has 'no choice' but to act on Northern Ireland protocol

Crump said in a statement that, as in “the case of Breonna Taylor, the tragic murder of Amir Locke shows a pattern of unannounced warrants that have deadly consequences for Black Americans. This is yet another example of why we need to end these types of search warrants so that one day African Americans can sleep safely in their beds at night.”

During a news conference, Crump said the family was “just dumbfounded by the fact that Amir was killed in this way” and that they were disgusted by the way the raid was carried out. They added that he was law-abiding, that he had no criminal record, and that he had a permit to carry a weapon.

“They didn’t even give her a chance,” Crump said, adding that it was shocking that Minneapolis police hadn’t learned of the death of Taylor, who was killed in a botched raid on her home in Louisville, Kentucky, in 2020. prompting calls to end unannounced arrest warrants across the country.

The video shows Locke on a couch covered in a blanket and holding a gun moments before he is shot by Minneapolis officers.

In the footage, multiple officers enter the apartment at 6:48 a.m. Wednesday using a key and shoot Mr. Locke within 10 seconds of entering the home.

When they enter the apartment, the policemen shout “police – search warrant” several times, as well as “hands” and “get on the ground”.

One of the agents kicks the sofa and Mr. Locke starts to come out from under the blanket with a gun. The cops then fire three rounds, Mr. Locke falls to the ground, and the video ends.

The body camera footage was released some 36 hours after the shooting, as the public called for transparency from authorities about what happened to Locke.

The Minneapolis Police Department has said Locke pointed the gun “in the direction of officers.”

Locke had two wounds to his chest and one to his right wrist, according to an incident report.

Locke was not named in the search warrant.

Following the video’s release, Interim Police Chief Amelia Huffman confirmed during a news conference that Locke was not named in the warrant, adding that it is unclear if he is related to the homicide investigation.

A search warrant filed by state agents investigating the shooting said the initial warrants “were being executed for a homicide suspect who was apparently located” at the apartment building where the shooting occurred.

Chief Huffman said the officer who shot Mr. Locke was in a difficult position.

“The still shot shows the image of the firearm in the subject’s hands, at the best possible moment when the lighting was completely on him. That is the moment when the officer had to make a split-second decision to assess the circumstances and determine if he felt there was an articulable threat, that the threat was imminent harm, great bodily harm, or death, and that he needed to take action. measures at that time to protect yourself and your partners,” he said.

“These events unfold in seconds, but the trauma is long-lasting. A young man lost his life, and his friends and family are in mourning,” he added.