Skip to content
Home News WHO warns of 700,000 deaths from COVID-19 in Europe until March 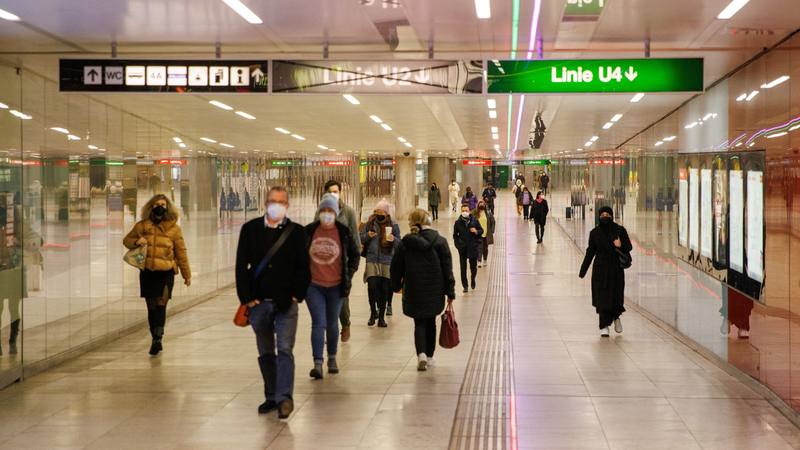 Around 700,000 people could die from now to March from COVID-19 in Europe if the current contagion trend continues, the regional office of the World Health Organization (WHO) has warned on Tuesday.

The WHO forecasts suggest that 25 countries in the European region – which includes 53 from this continent and Central Asia – risk suffering from a lack of hospital beds and that 49 would reach a situation of high or extreme stress in ICUs from now to March.

“To live with this virus and go about our daily life we ​​need an approach that goes beyond the vaccine. That means receiving the standard doses and a booster if offered, but also incorporate preventive measures into our routines“, said in a statement the director of OMS-Europe, Hans Kluge. Among them he mentions the use of masks indoors, hand hygiene, ventilation of spaces, keeping distance or coughing into the elbow, which would help” avoid unnecessary tragedy and loss of life. “

WHO advocates for COVID passport

WHO also advocates combining these measures with public health interventions such as implantation of COVID passport, the isolation of those who have symptoms, the tests, the tracing and the quarantines.

The European region – which for the WHO includes Central Asia – continues to be under “the firm hold” of the pandemic, explains this organization: last week the number of daily deaths doubled to 4,200 and the 1.5 million deaths were exceeded since the beginning of the pandemic, which would increase to the accumulated 2.2 million in spring, according to current projections.

According to the Institute for Health Indicators and Assessment, charged with developing models for the WHO, COVID-19 is right now the leading cause of death in the European region. European countries are the ones that currently have the highest cumulative incidence in the last 14 days, with infections triggered in countries such as Slovakia, the Czech Republic, Austria, Belgium and the Netherlands.

Until now, Europe has registered more than 71.7 million cases of COVID-19 since the pandemic began and accumulates about 1.4 million deaths, 26.9% of the total deaths in the world for coronavirus, according to the Johns Hopkins University tally.

This WHO forecast is even more pessimistic than the one expressed a few days ago by Kluge himself in an interview with the British BBC, which warned of the possible death of some 500,000 people by March 2022 if urgent measures are not taken. The WHO director called for the introduction of the use of masks, after countries such as Germany and Austria recorded a strong increase in infections. In Austria, a general confinement of the population was launched this Monday in the face of the soaring incidence, the fourth in this Central European country since the pandemic began.

The high transmission of coronavirus is due to several factors: the dominance of the Delta variant, the lifting of restrictions, the drop in temperatures and the consequent increase in indoor meetings, and the large number of people not yet vaccinated.

More than 1,000 million doses have been supplied in the European region, according to WHO data in which 53.5% of the total population has completed the regimen. But that figure hides great differences between countries: while some do not reach 10%, others exceed 80%.

Hence, the WHO recalls that vaccines are “vital” to prevent severe disease and deaths, and that it is necessary to increase immunization rates, taking into account that the evidence indicates that the protection they provide is declining.

“In this context, a booster dose should be given to the most vulnerable, including immunosuppressants, as a priority. Depending on the national context of dose availability and the covid-19 epidemic, countries should also consider giving it to those over 60 years and health personnel, “says WHO.

In the opinion of Kluge expressed a few days ago in an interview with the British BBC, the obligation to vaccinate should be something that is adopted as a “last resort”, since measures such as the use of the COVID passport can be taken beforehand. Austria has become the first European country to announce the mandatory vaccination by February 2022, while countries like the Czech Republic and Slovakia they have communicated new restrictions for people who are not immunized.