Skip to content
Home News Who do you think is the best Batman? 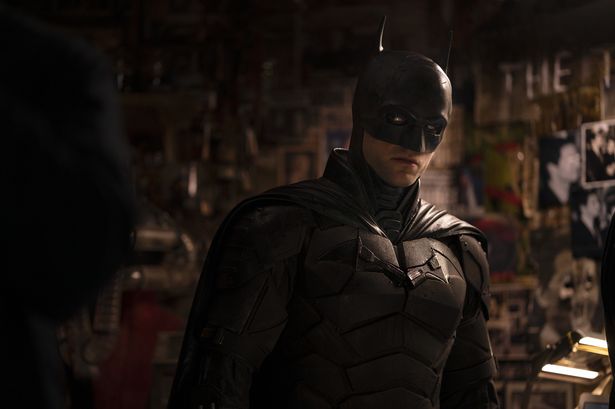 Robert Pattinson has taken his fair share of criticism for his take on the iconic superhero, with some cynics referring to him as the “Emo Batman”.

But despite the doubters, the new movie The Batman has been well received by audiences and critics alike.

In fact, according to online movie aggregator Rotten Tomatoes, the latest Batman movie is the fourth-greatest since Adam West first pulled on his spandex costume in 1966; and the third-best if you don’t count animated features.

READMORE:Terror after gunman bursts into store with two workers inside

The Batman is good enough for an 85% approval rating on the “Tomatometer”, which is based on multiple reviews from critics.

It also scores an 88% approval rating based on audience opinions from more than 10,000 verified cinema-goers and regular users of the Rotten Tomatoes site.

But despite the favorable reviews, it is Christian Bale who comes out on top in the battle of the batmen, with the Tomatometer ranking 2008’s The Dark Knight as the best ever movie in the franchise.

The second film in Christopher Nolan’s Dark Knight trilogy – which also stars the late Heath Ledger as supervillain Joker – gets a near-perfect score of 94% on the Tomatometer.

Bale’s final turn as Batman in The Dark Knight Rises (2012) also scores highly at 87%, which is enough for third place among Batman movies.

Bale is denied second place by the animated building block-based feature The Lego Batman Movie (2017) starring Will Arnett as the voice of Batman, which claims the runner-up slot.

Batman first appeared on the big screen in the 1943 serial, The Batman, starring Lewis Wilson.

But the comic book character’s enduring popularity was cemented by Adam West’s run as the caped crusader in the 1960s TV series, which spawned the 1966 movie Batman, which is ranked eighth on Rotten Tomatoes.

In more modern times Michael Keaton was the actor who brought Batman back to the big screen in 1989’s Batman, which is ranked ninth.

Not all of the Batman movies have been a success with critics or audiences, however.

You can also have your say on the debate in our comments section.

Neither impressed the critics, with Rotten Tomatoes awarding both films a “green splat” marking them as “rotten” on the Tomatometer.

But the worst Batman movie of all is George Clooney’s only turn as the Dark Knight, Batman & Robin (1997).

It scores just 12% on the Tomatometer, which according to the critics’ consensus is all it deserves as a “frantic and mindless movie that’s too jokey to care for”.