Skip to content
Home News Who are Just Stop Oil? All we know about climate change protesters gluing themselves to art 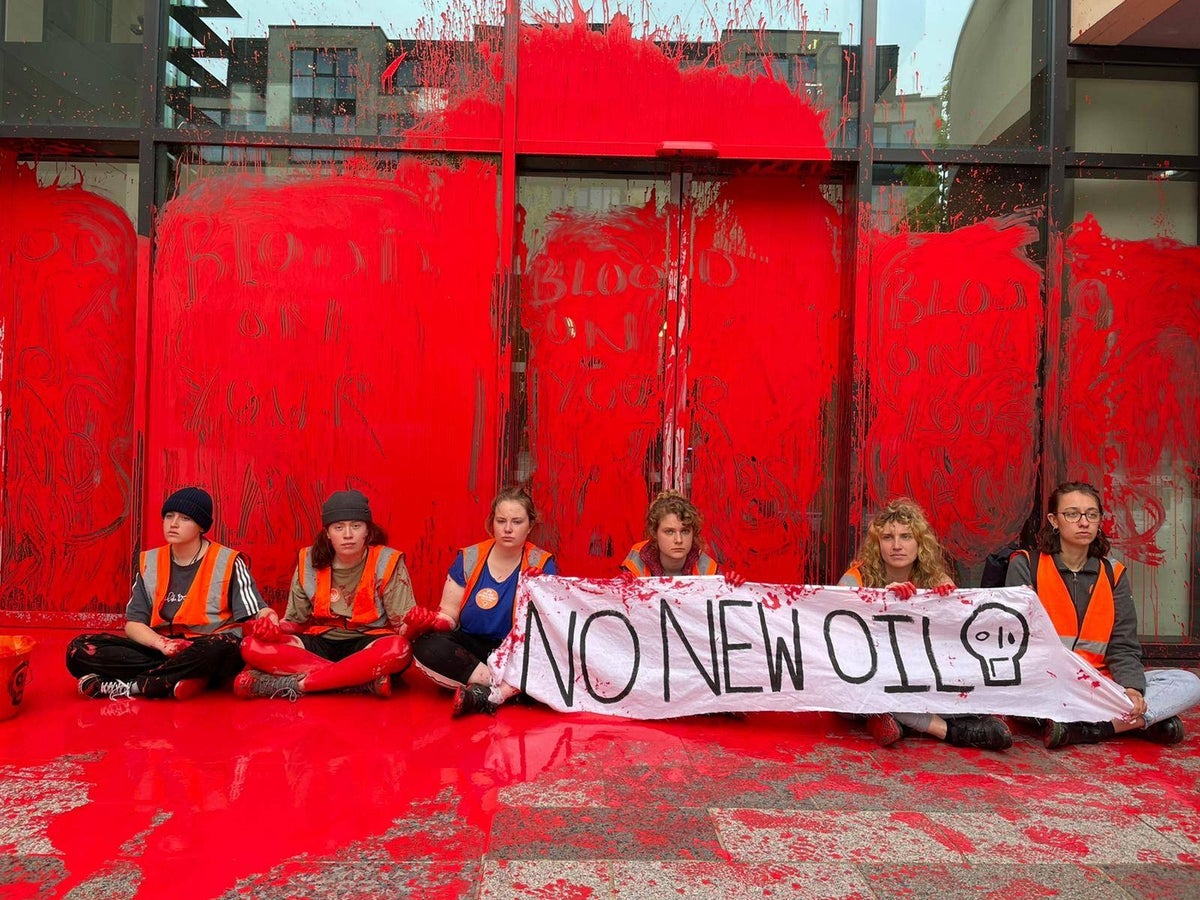 Protest group Just Stop Oil have hit headlines in recent months for storming the track at the British Grand Prix, gluing themselves to famous works of art in museums and blocking entrances to oil facilities.

The group first garnered attention through a series of protests in March, which included one protestor invading the pitch at a football game and tying himself to the goalpost.

Most recently, members of the group glued themselves to a copy of Leonardo Da Vinci’s The Last Supper at the Royal Academy in London.

But, who are Just Stop Oil and what do they want?

Who are Just Stop Oil?

The group is run by experienced organizers from Extinction Rebellion and Insulate Britain, who have attracted attention in recent years for disruptive protests including gluing themselves to main roads.

In their own words, Just Stop Oil are “a coalition of groups working together to ensure the government commits to halting new fossil fuel licensing and production.”

What do Just Stop Oil want?

The group are calling for the UK government to halt all new fossil fuel licensing and production in order to avoid the potential impacts of climate change.

On their crowdfunding page, the group said: “Allowing the extraction of new oil and gas resources in the UK is an obscene, genocidal policy that will kill our children and condemn humanity to oblivion. It just has to stop.”

They added that the government are “actively enabling the fossil fuel industry through obscene subsidies and tax breaks for new fossil fuel extraction” and warned that their acts of civil disobedience and nonviolent resistance would continue until their demands are met.

What protests have they led so far?

In March, Just Stop Oil protestors disrupted football games by gluing and tying themselves to goalposts and stormed the BAFTAs by banging drums and letting of flares.

In April, members of the group teamed up with Extinction Rebellion to block entrances to oil facilities across the UK and damaging petrol pumps which led to multiple arrests.

They also glued themselves to famous paintings by JMW Turner and Van Gogh in Manchester and London and stormed the track during the British Grand Prix.

Regarding their methods of protests, Just Stop Oil say: “Civil resistance is a powerful way for people to non-violently demand their rights, freedom, and justice.

When people wage non-violent civil resistance, they use tactics such as strikes, boycotts, mass protests and disruption to withdraw their co-operation from the state.”

The group have warned that their protests will continue until their demand is met by the UK government.